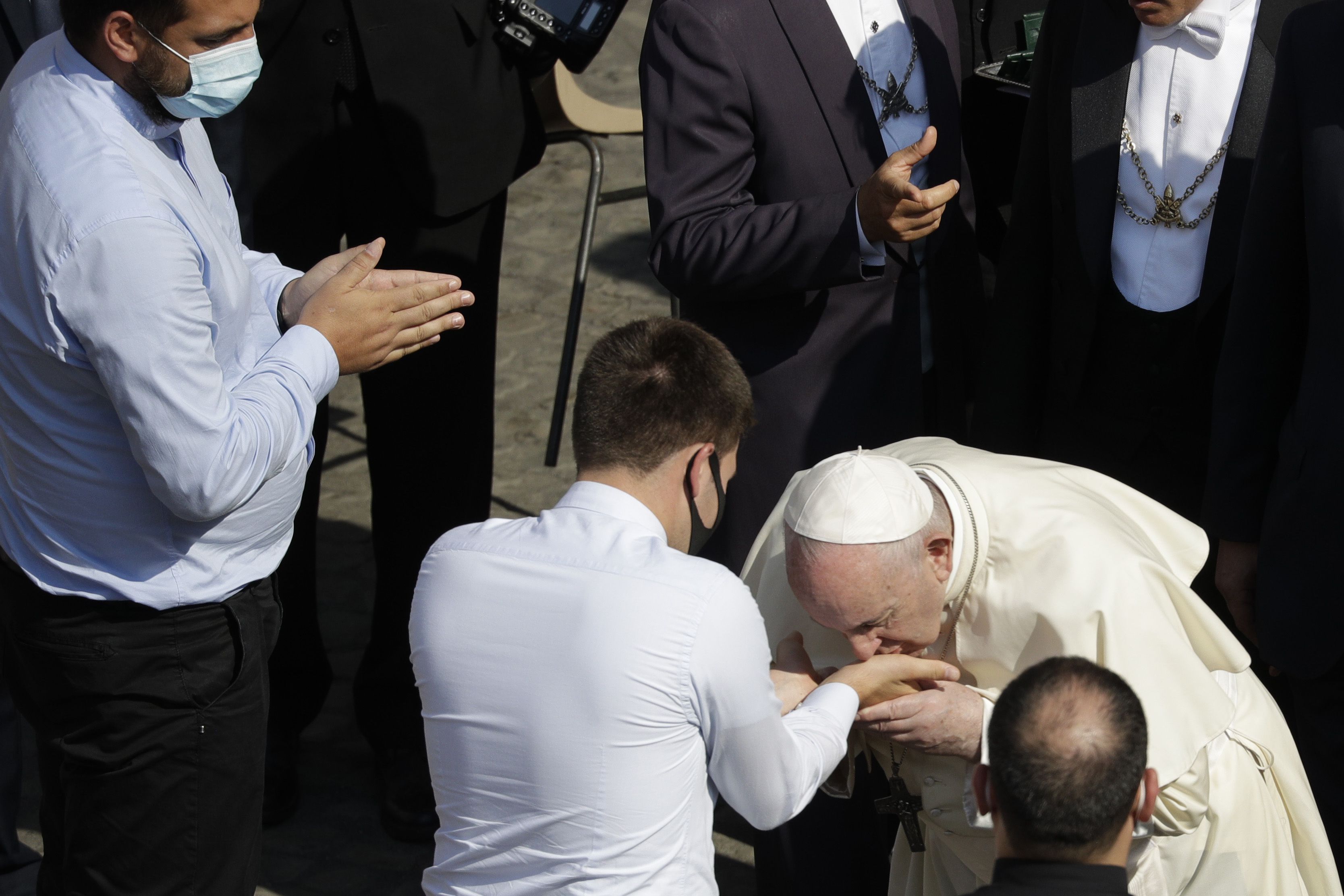 The Vatican responded Wednesday to criticism that the title of Pope Francis’ upcoming encyclical on the post-COVID world is sexist, saying the document, “Fratelli Tutti,” (“Brothers All”) in no way excludes women.

In Italian, “fratelli” means brothers but it is also used as the inclusive, brothers and sisters. Since Francis takes pains to always address crowds as “fratelli e sorelle” (“brothers and sisters”) the absence of an explicit reference to sisters in the title was seen by some as another expression of exclusion in an institution long criticized for treating women as second-class citizens.

On Wednesday, the Vatican’s editorial director, Andrea Tornielli, stressed that the title was taken from the words of St. Francis of Assisi, the pope’s namesake, and therefore couldn’t be translated differently.

Writing in the Vatican newspaper L’Osservatore Romano, he said an encyclical by its very nature is addressed to the whole world and that the title in no way excludes half the human race.

“On the contrary, Francis chose the words of the Saint of Assisi to initiate a reflection on something he cares about very deeply: namely, fraternity and social friendship,” Tornielli wrote. “He therefore addresses all his sisters and brothers, all men and women who populate the earth: everyone, inclusively, and in no way exclusively.”

The Vatican is expected to release the encyclical on Oct. 4, the feast of St. Francis, a day after the pope travels to the Umbrian hilltop town of Assisi to pray at the tomb of the saint and sign the document.

It is expected to articulate much of his preaching on the need for human solidarity and fraternity to both care for the planet and the population in the aftermath of the coronavirus pandemic and the social inequalities it has exacerbated.

Vatican encyclicals are the most authoritative form of papal teaching and they traditionally take their titles from the first two words of the document. In this case, “Fratelli Tutti” is a quote from the “Admonitions,” the compendium of guidelines penned by St. Francis in the 12th century.

Writing last week in Religion News Service, the Rev. Thomas Reese, a church commentator, said the title was unfortunate and said he hoped the Vatican would at least translate it in English as “Brothers and sisters all.”

“It is sad to see the church continue to suffer from self-inflicted wounds,” Reese wrote. “The concern about language in the title will increase the focus on the language of the entire encyclical.”

Reese, an American Jesuit, dismissed the argument that “fratelli” in Italian was inclusive, even though many Romance languages use the male plural in such comprehensive ways. “Couldn’t the church get ahead of the curve for once?” he asked.

“Sorry. When they say ‘gender ideology’ is destroying society, and given the Vatican’s gender politics, I’m not willing to become a brother when it suits them to call me one,” she tweeted Wednesday. “I’ll engage with what I know will be a brilliant vision, but I’ll name …read more

NBA 2K21 review: Of course Bulls housecleaning was atop the to-do list

Gina Yashere memoir ‘Cack-Handed’ to be released in June