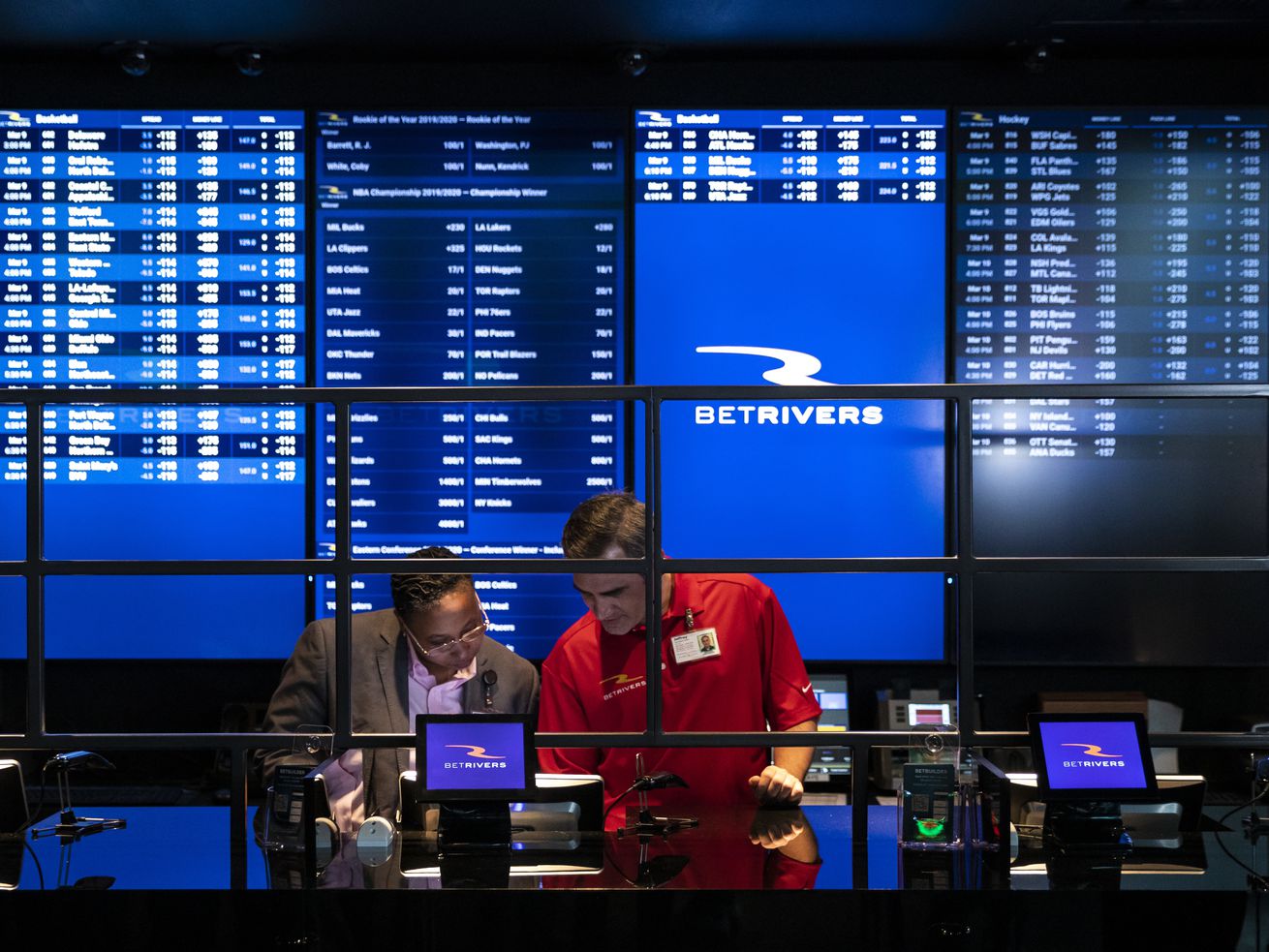 BetRivers Sportsbook, the first brick-and-mortar sportsbook approved by the Illinois Gaming Board, opens to the public at Rivers Casino in Des Plaines on March 9, 2020. | Ashlee Rezin Garcia/Sun-Times file

So far, soccer has been the most popular sport to bet on, drawing almost $24.8 million in bets, followed by baseball at about $18.5 million.

Illinois’ new legal sports betting industry got off to a false start due to COVID-19, but it’s hitting pay dirt just as pro football teams return to the gridiron.

Gamblers plunked down more than $61.8 million statewide from the time the state’s first bet was placed in March, through the shutdown and to the end of July, according to the first sports wagering revenue reports released this week by the Illinois Gaming Board.

Most of that handle, about $52.5 million, changed hands in July as major American sports kicked back into gear — and that figure is a lock to skyrocket thanks to the bet-heavy NFL slate that kicked off last week.

The state’s first round of revenue reports only cover the first two sportsbooks to open in Illinois, at Rivers Casino in Des Plaines and at the downstate Argosy Casino Alton. Books have since opened at five more casinos and at Hawthorne Race Course in Stickney.

Thanks to its online betting application, Rivers took the vast majority of the state’s first roughly 1.4 million total bets, good for an average wager of about $44.

The house came out on top by about $4.1 million during the four-month stretch.

Illinois taxes sportsbook revenue at 15%, generating about $609,700 for the state from March through July. Casinos in Cook County pay an extra 2% sports betting tax to the county, so Rivers’ sent over an additional $47,611.

So far, soccer has been the most popular sport to bet on, drawing almost $24.8 million in bets, followed by baseball at about $18.5 million. Boxing and mixed martial arts drew $5.7 million, golf $5.6 million and basketball $4.2 million.

Betting companies have coveted Illinois since the sports wagering industry was legalized with Gov. J.B. Pritzker’s signature gambling expansion last summer. Some experts predict the state could rival the Nevada market within a few years, with a yearly handle exceeding $5 billion.

It could be a meteoric rise, if other states are any indication. Barely two years after the first legal bet was placed in New Jersey, the Garden State handle in August was nearly $668 million — the largest ever for any state. Indiana sportsbooks, which went live a year ago, handled nearly $167 million last month.

Nationwide, that explosive growth has been driven by mobile betting apps. It’s no different in Illinois, where over 90% of the handle was placed online through Rivers, the state’s most lucrative casino.

Illinois’ law was written to give casinos an 18-month head start over online-only companies such as FanDuel and DraftKings, but they’re sure to gobble up more of the handle in the months ahead.

Big Ten football in 2020? Those who want it must remember what they’re wishing for