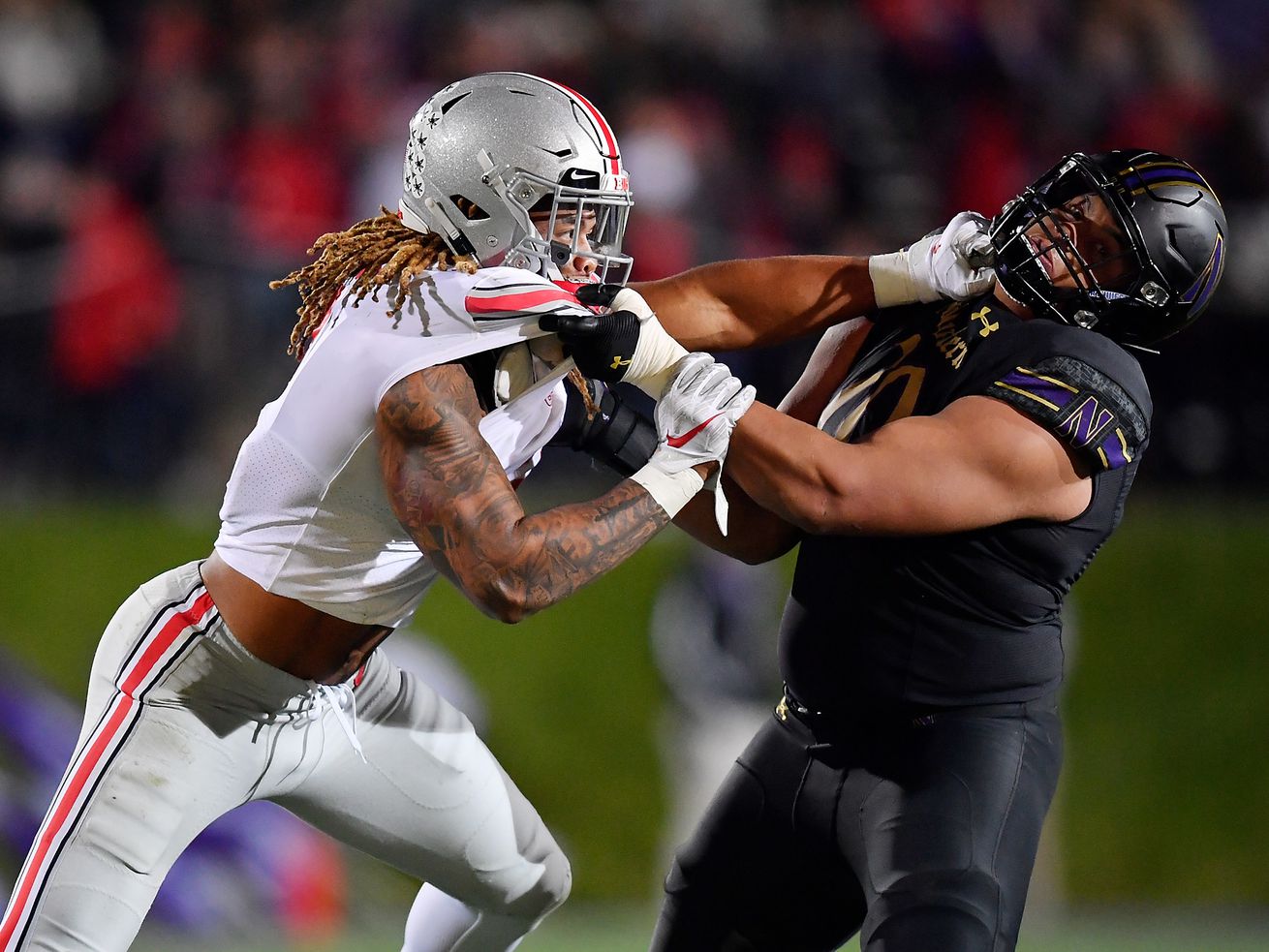 Conference gives in to pressure, announcing it will start its season the weekend of Oct. 24, reversing an earlier vote to postpone the 2020 schedule.

Child: But everybody else is doing it!

Parent: That doesn’t make it right.

It’s an understandable sentiment from a young person who wants to fit in, and it’s a wise response from a parent who has a wealth of life experiences and a constant low level of terror regarding the welfare of their offspring. I wish a certain conference had followed its parental instincts and stuck to its guns.

The Big Ten, supposedly the adult in the room, gave in to pressure Wednesday, announcing that it will start its football season the weekend of Oct. 24, reversing an earlier vote to postpone the 2020 schedule. That makes the Big Ten like almost every other conference that chose something, anything, over health. Money? A welcome distraction during COVID-19? Entertainment value? Let’s go with money.

Not surprisingly, Ohio State, Nebraska and Iowa were the prime movers behind getting the conference to reverse course. They live for college football in those states, and they weren’t going to let a silly, deadly virus deprive them of 20-year-olds ramming into each other on Saturdays.

Anyone who has the temerity to suggest that playing football in a pandemic is dangerous is viewed as a wimpy coastal elite with socialist tendencies. I guess I’ll have to wear that description along with my mask.

For most NYC students, back to school, but not the classroom

Public health experts have warned that a second, powerful wave of COVID-19 is coming soon. It’s not just about the players on each team staying safe during the season, which won’t be easy because they’re college students. It’s about all the other people with whom they might come in contact. Older people. Parents. Grandparents. Coaches. Trainers. Anyone with underlying health issues at the university.

I read the following two paragraphs from an ESPN.com story Wednesday and wondered if I had walked into a epidemiology jamboree instead of a football locker room:

The Big Ten’s daily rapid testing program will begin Sept. 30 on all 14 campuses. Test results must be completed and recorded prior to each practice or game. Student-athletes who test positive for the coronavirus through point of contact (POC) daily testing would require a polymerase chain reaction (PCR) test to confirm the result of the POC test. Each Big Ten team will designate a chief infection officer to report data about testing to the league, which will make decisions about practice and competition based on team positivity rate and population positivity rate.

Football players who test positive for COVID-19 must wait at least 21 days to return to competition, as they will undergo “comprehensive cardiac testing” before being cleared by a cardiologist designated by each university primarily for that purpose. Concerns about myocarditis, an inflammation of the heart muscle caused …read more