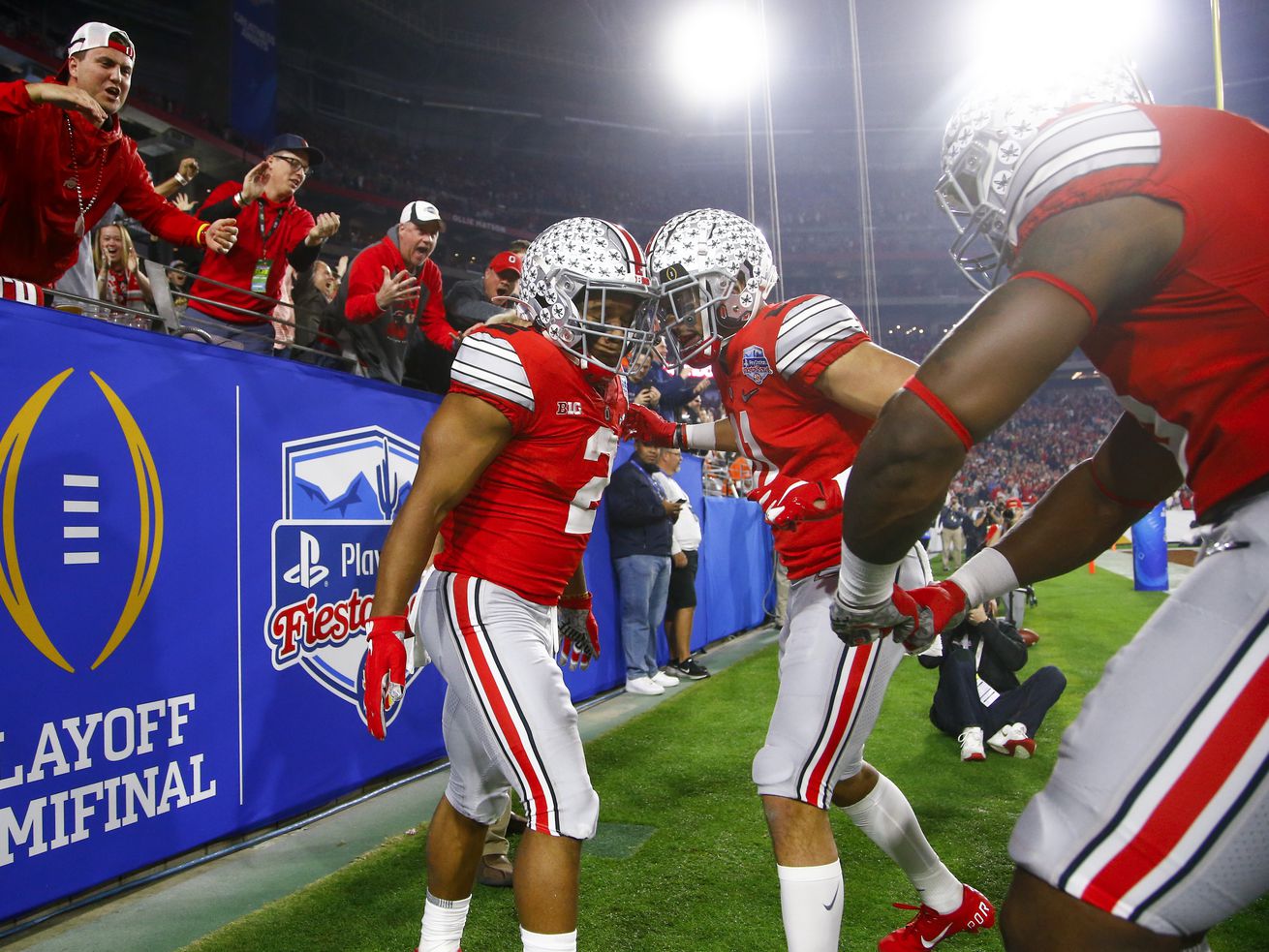 Thanks to the Big Ten’s reversal, Ohio State will get a chance to play for a national championship despite the country being in the middle of a pandemic. | Ross D. Franklin/AP

It’s clear that the conference flip-flopped so Ohio State can try to win a national title and the league can still make lots of money off the backs of 18-to-22-year-olds in the middle of a pandemic.

For decades, the Big Ten has thought of itself as a different kind of sports conference, one that proudly touts the academic achievements and Great Lakes values of its like-minded, highly-regarded, internationally-ranked research institutions. The Big Ten wasn’t the SEC; it wasn’t the Big 12. It was better than that, and it was happy to tell you all about it.

As proof, one only had to look at the conference’s prudent August decision to shut down fall sports in the midst of the global pandemic. It was only natural that the Big Ten would follow the Ivy League, and that the Pac-12 would follow the Big Ten. It was a tough decision, heartbreaking and costly, but it was the right one.

That’s the Big Ten for you, concerned about science, medicine and safety. Let the football factories of the SEC, Big 12 and ACC (Clemson’s playground) continue playing; the Big Ten was doing the right thing looking out for its student-athletes, treating them almost no differently than the student body at large, and that was all that mattered.

Then came Wednesday, the darkest day in Big Ten history, the day the vaunted conference caved. It choked. It got scared. It became the SEC.

Just as the Big Ten was looking smarter by the day as COVID-19 outbreaks popped up at Michigan State, Wisconsin and Maryland while other conferences playing football announced COVID-related postponements and soaring cases, the league’s presidents reversed themselves and decided to steer their schools and their football programs right into the teeth of what are predicted to be some of the worst days of the pandemic in October and November.

And how are they doing it? With a mountain of daily antigen tests, special delivery for Big Ten football teams only. Rapid tests for football players, but apparently not for the elderly in Ann Arbor or Columbus or Evanston, or for school children and teachers in Bloomington or New Brunswick or Minneapolis, or for students paying for their education amid the outbreaks in East Lansing or Madison or College Park.

So how will this work? Smooth as silk, I’m sure. Let’s look at Michigan State. The other day, all MSU students were asked to self-quarantine — and 30 large houses, including 23 fraternities and sororities, were ordered into mandatory quarantine — after the school announced 342 new coronavirus cases.

Rapid tests for football players but not for the elderly in Ann Arbor or Columbus or Evanston, …read more

15% of young adults believe ‘the Holocaust is a myth and did not happen’ — or are unsure, survey finds

Woman stabbed to death while working in Wicker Park: police