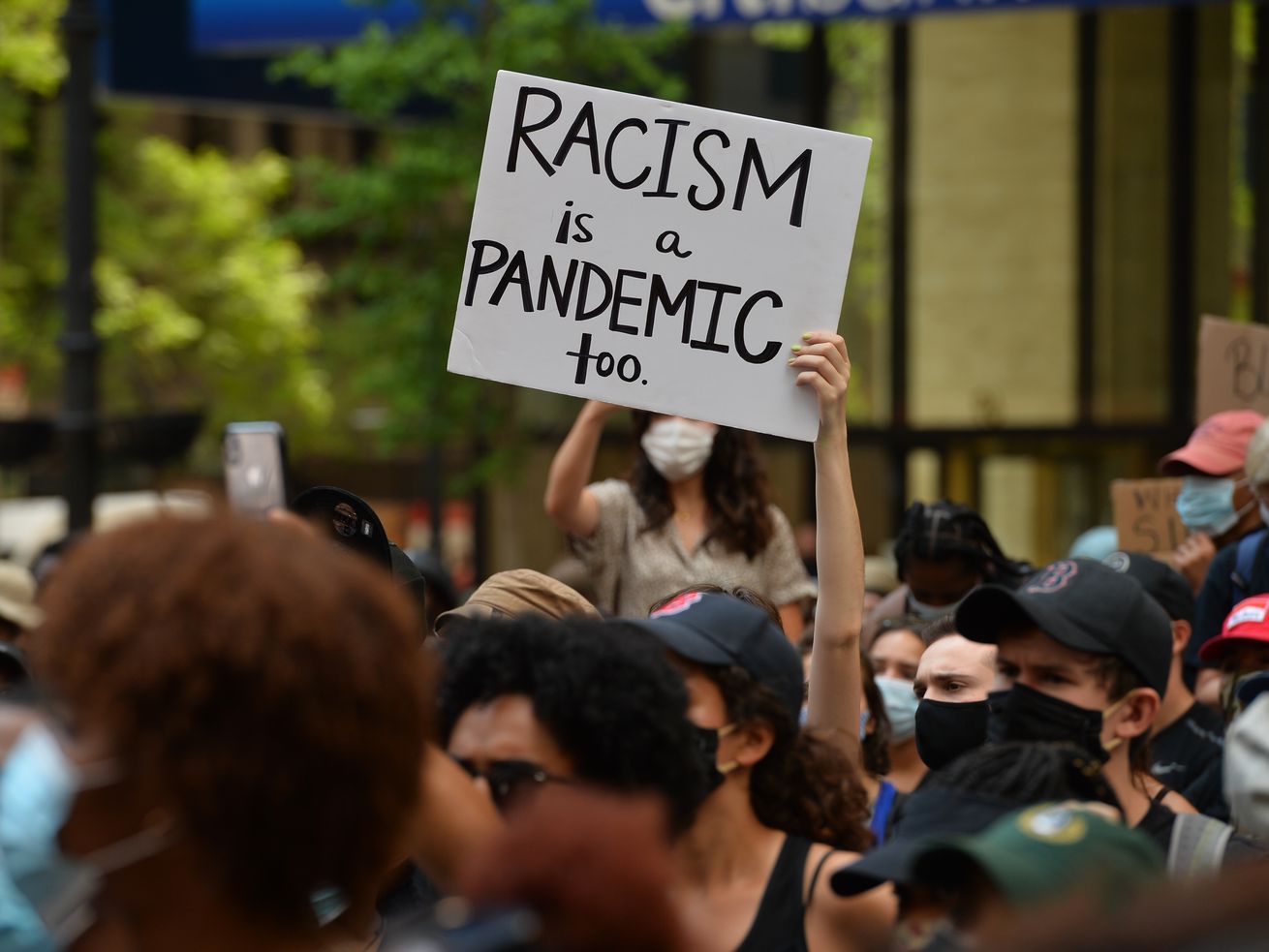 People participate in the One Million Man March rally at Daley Plaza in downtown Chicago on June 19, 2020. The march commemorates Juneteenth, a day to remember the end of slavery in the United States. | Victor Hilitski/For the Sun-Time

On Oct. 16, 1901, President Theodore Roosevelt invited Booker T. Washington to dine at the White House. As Edmund Morris relates in “Theodore Rex,” many Americans were pleased with this precedent-shattering dinner. But not all. Definitely not all. In the South, disgust and vitriol shook the rafters.

In 1918, Will and Annie Johnson, young, Black sharecroppers in Marlboro County, South Carolina, would name their son Theodore Roosevelt Johnson to honor the 26th president. They could have chosen to honor Washington, but as their great-grandson Theodore R. Johnson writes in his new book “When the Stars Begin to Fall,” by choosing the president’s name, they were making a “bold proclamation about who could be truly American.”

Johnson has written a rare kind of book. It is by turns poignant, angry, searching and grateful. Some of his arguments are about critical race theory. Others are hymns to national greatness. Johnson, who served for two decades in the U.S. Navy, is a former professor at the U.S. Naval War College and speechwriter to the chairman of the Joint Chiefs of Staff. He believes that racism is structural but that national solidarity can be the path to, if not defeating it, at least defanging it to where it no longer presents an existential threat to the nation.

Johnson’s book is less a chronicle of outrage than an invitation to grapple with the lasting impact of centuries of racism. I’m not sure I agree with Johnson that racism is an existential threat to the nation, but I do readily stipulate that racism is like a virus buried in the body, ready to flare at times of stress.

Johnson, more poet than pugilist, argues that the much-lauded “conversations about race” rarely happen between different ethnic groups. True, and I would add that our hair-trigger outrage culture puts frank discussions of race even further out of reach.

In the interests of countering this trend, I would take issue with Johnson’s attribution of differential outcomes to systemic racism. Certainly many differences are rooted in the history of slavery and Jim Crow. Differences in average wealth, for example, and in housing, which is highly correlated with wealth, are rooted in racism. But there are other disadvantages that I think Johnson is too quick to assign to racism when other things may be going on.

Arguing against colorblind policies, Johnson writes: “Studies of maternal mortality rates show that Black women are more likely to die in childbirth than white women, and those differences hold steady across class.”

I would respond that identifying a particular problem in a specific group and addressing it doesn’t necessarily violate the principle of colorblindness. The medical …read more

Netflix finally releases trailer for anime film The Witcher: Nightmare of the Wolf – and we’re in for a wild ride