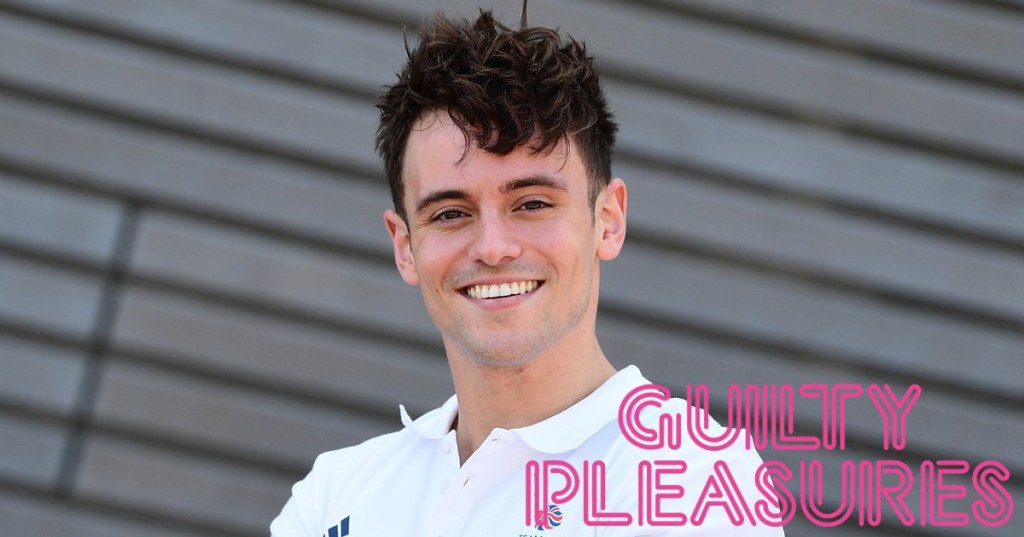 Tom Daley has his eyes on the prize…and that prize is becoming a TV star.

Britain’s top diving hope at the Tokyo Olympics aims to relaunch himself as a presenter covering gay issues and sport once he has taken his final leap from the 10m platform in a bid for the elusive gold medal.

Tom, 27, said: ‘I’d like to make documentaries exploring things that I feel really passionate about, like LGBT issues.

‘I feel like I could host all kinds of stuff but, to be honest, the dream is to take over Clare Balding’s job and present Olympic coverage.

‘Clare has to watch out,’ he warned.

But the former bronze medallist, who has a three-year-old son, Robbie, with Hollywood director Dustin Lance Black, 47, says he won’t let his career achievements define him.

‘Before getting married and having a kid, I used to define myself by how well I do in a competition,’ Tom told the Radio Times. ‘Not any more. I’m a father, I’m a husband, so many more things than just a diver.’

His own dad, Robert, died of brain cancer ten years ago, aged 40.

‘He was my biggest cheerleader,’ Tom added. ‘But he didn’t see me compete at Beijing in 2008 or in London 2012. He didn’t get to take me for a driving lesson or for a first pint.

‘There is so much he missed; my wedding, his first grandkid, all of these things.

‘There are so many lessons that he taught me that I didn’t even know, at the time, that he had taught me.’

Tom then said of his own son: ‘My biggest achievement and my greatest thing is raising Robbie, just having him and Lance in my life. There is more to life than my diving.

‘But, at the same time, it’s been the most important thing in my life. Every athlete wants to win the gold medal; if they tell you different they’re lying.’

Read the full interview in Radio Times, out now.

Well, James is famed for his broody good looks

James Norton confesses he is feeling ‘broody’ and wants to start a family with his low-key partner Imogen Poots.

The McMafia heartthrob and James Bond favourite never posts about their three-year romance, but says his latest movie role in Nowhere Special has made him want to become a dad. The tearjerker is about a terminally ill single parent seeking a family to adopt his young son.

James Norton is keen to start a family (Picture: Shutterstock)

‘It definitely made me broody,’ said James. ‘I’m 36, I’m in a long-term relationship, my sister has two boys who are under three — the film really made me think about having children.’

He never talks about Imogen, who starred in 28 Weeks Later, because he doesn’t think their courtship is as interesting as …read more

Couple’s anniversary dinner on river interrupted by cruise of nudists

Boy, 16, seriously injured after falling down cliff on Isle of Wight

Where to eat, drink and stay in Edinburgh when you head up for next month’s festival