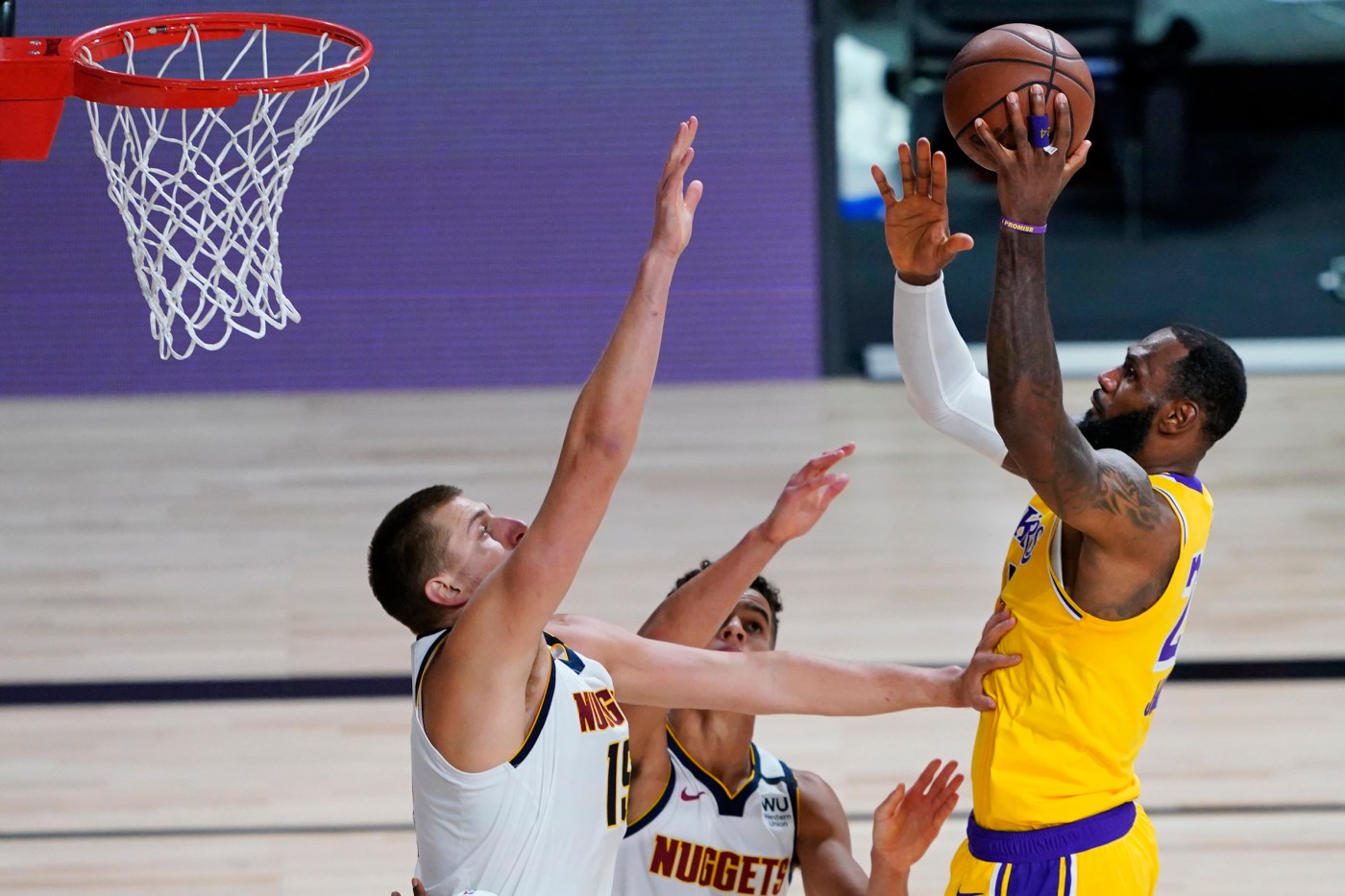 Editor’s note: This is the Wednesday Sept. 16 edition of the Purple & Bold Lakers newsletter from reporter Kyle Goon, who is among the few reporters with a credential inside the NBA bubble. To receive the newsletter in your inbox, sign up here.

LAKE BUENA VISTA, Fla. — He was all smiles when he was greeted at the locker room by coaches and staff like a conquering hero, his 40 points helping topple one of the West’s most formidable teams.

But by the time Jamal Murray entered the back gym of AdventHealth Arena for his post game press conference, he had adopted a stone-faced demeanor. He dressed relaxed in a University of Kentucky shirt and sipped out of a white coffee cup, but he also had burnished the hefty chip on his shoulder.

The Nuggets were not expected to beat the Clippers. Part of this was 14 months of speculation that a superstar pairing with Kawhi Leonard and Paul George would blow away all comers. Part of this was fueled by Denver itself, which got down 1-3 in the series before doing what no team has done in history and coming back from that margin twice in one postseason.

“Everybody counts us out,” Murray said with an icy edge. “It’s just fun to silence everybody. We love it.”

The Denver Nuggets are the latest in a line of Davids the Lakers have to contend with, but unlike the Trail Blazers and Rockets, the Nuggets have already dismissed a Goliath. While the shaky start to the NBA bubble and the unlikely comebacks give the Nuggets an underdog aura, it’s worth remembering that Denver was 46-27 and the No. 5 offense in the NBA (112.6 offensive rating) — a team that has always needed to be taken seriously.

And the Lakers are taking them seriously. Frank Vogel said Monday that the Lakers had gotten more scouting work done on the Clippers when they went up 3-1, but had started evening out that workload. By halftime of Game 7 when the Clippers led by just two points, I had a conversation with a Lakers staffer that left me believing that the team was preparing to face Denver — which had the slow, unstoppable momentum of a glacier upending the Clippers’ maiden voyage with Leonard and George.

Some early thoughts on the match-up and what will matter:

1) Can the Lakers play Jokic big?

In a word: Probably. After a second-round series in which the Lakers proved themselves a better small-ball team than the Rockets, …read more