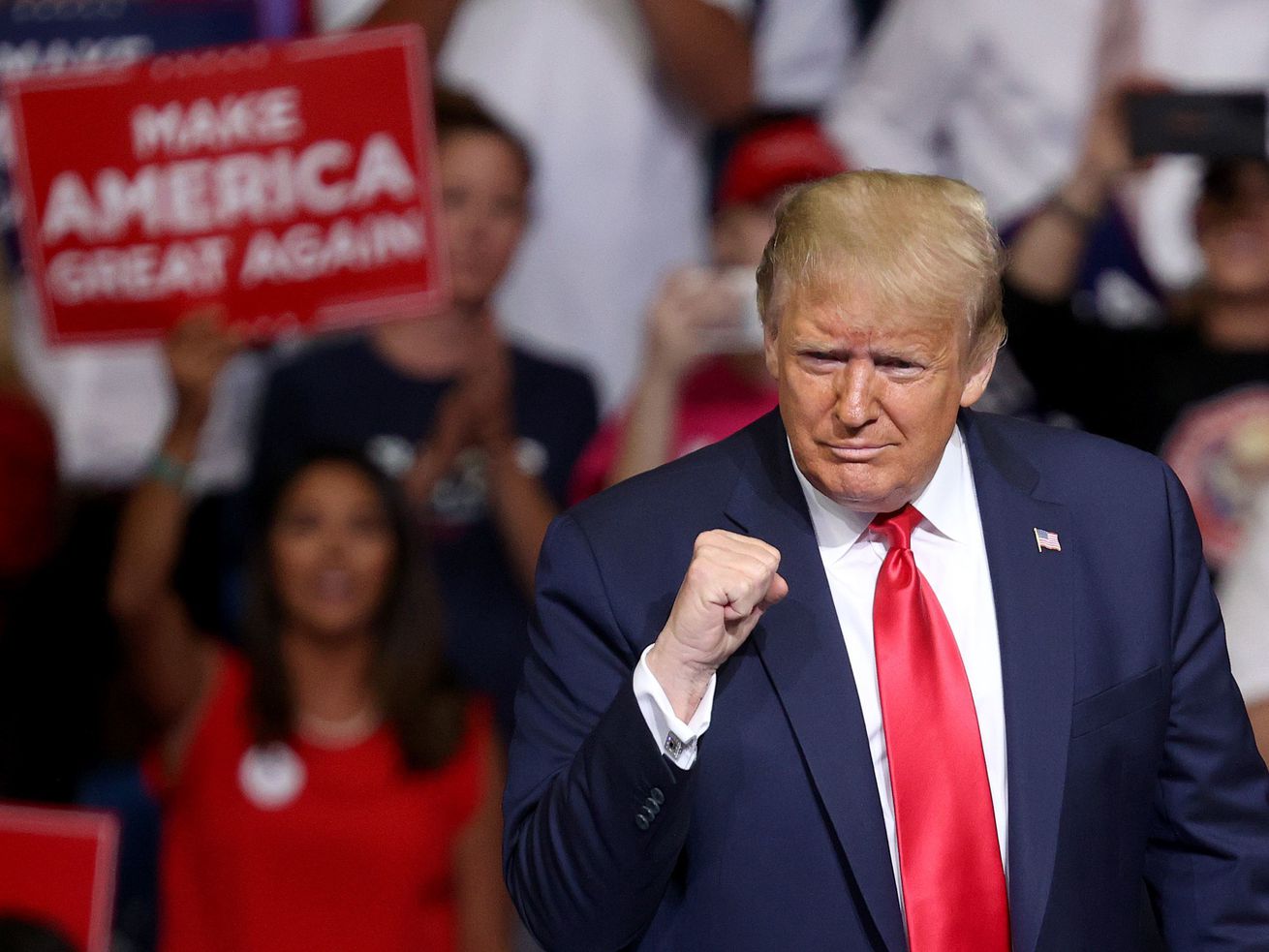 The president exploits liberal hypocrisy to justify his stupid decisions

In just the past week, President Trump has made the absolutely asinine decision to hold two indoor rallies at a time when COVID-19 has killed more than 194,000 Americans.

The first, a rally at an XTreme Manufacturing facility in Nevada, packed in 5,600 people, mostly maskless with no social distancing requirements, earning that company a $3,000 fine for violating the state’s guidelines.

The second, a gathering of around 100 supporters in a hotel ballroom in Arizona, also did not require masks or social distancing.

“I’m on a stage, and it’s very far away,” Trump said in an interview. “I’m not at all concerned.” About his own safety, that is.

The events themselves and Trump’s nonchalance about them paint a grotesque picture of a president who has learned nothing from his past mistakes and is uninterested in correcting them if he had. A June rally in Oklahoma has been linked to a coronavirus spike in the area weeks after.

But Trump’s brazenness — which comes even as his own advisers warn against the rallies — isn’t just the result of his own ego, petulance and incompetence. He’s also exploiting a gaping hole left open by the left, many in the media and even some scientists, who gave and continue to give anti-police and Black Lives Matter protests a COVID pass.

This has happened since the spring, when protesters first took to the streets over the death of George Floyd in Minnesota, and has continued through the summer with protests in New York City, Portland, Oregon, and Kenosha, Wisconsin. Over and over these protests earned little scrutiny for their potential to spread coronavirus, despite the fact that the Center for Infectious Disease found they did in a few discrete cases.

8 of 10 Premier League matches this weekend streamed in US

The justification among activists was that the cause was more important than COVID-19, which you can agree with while also noting Trump supporters might say the same.

Many in the media insist that Trump’s indoor rallies are worse than outdoor protests — and scientists would agree, but they would also warn against large, maskless gatherings outdoors, too, as Anthony Fauci and others repeatedly have.

Other public health officials let their politics get in the way of common sense. New York City Council Health Committee Chairman Mark Levine tweeted, “Let’s be clear about something: if there is a spike in coronavirus cases in the next two weeks, don’t blame the protesters. Blame racism.”

One Oklahoma Democratic Party rep claimed that the protests were simply more righteous than the rallies: “Going to a rally for somebody that you already planned to vote for does not compare to the millions of people all over the world that are fighting for racial justice.”

Even some scientists advocated for mass protests in spite of COVID-19, with one claiming, “there are risks with just being Black in this country that almost outweigh [COVID-19] sometimes.”

These may be well-meaning and …read more