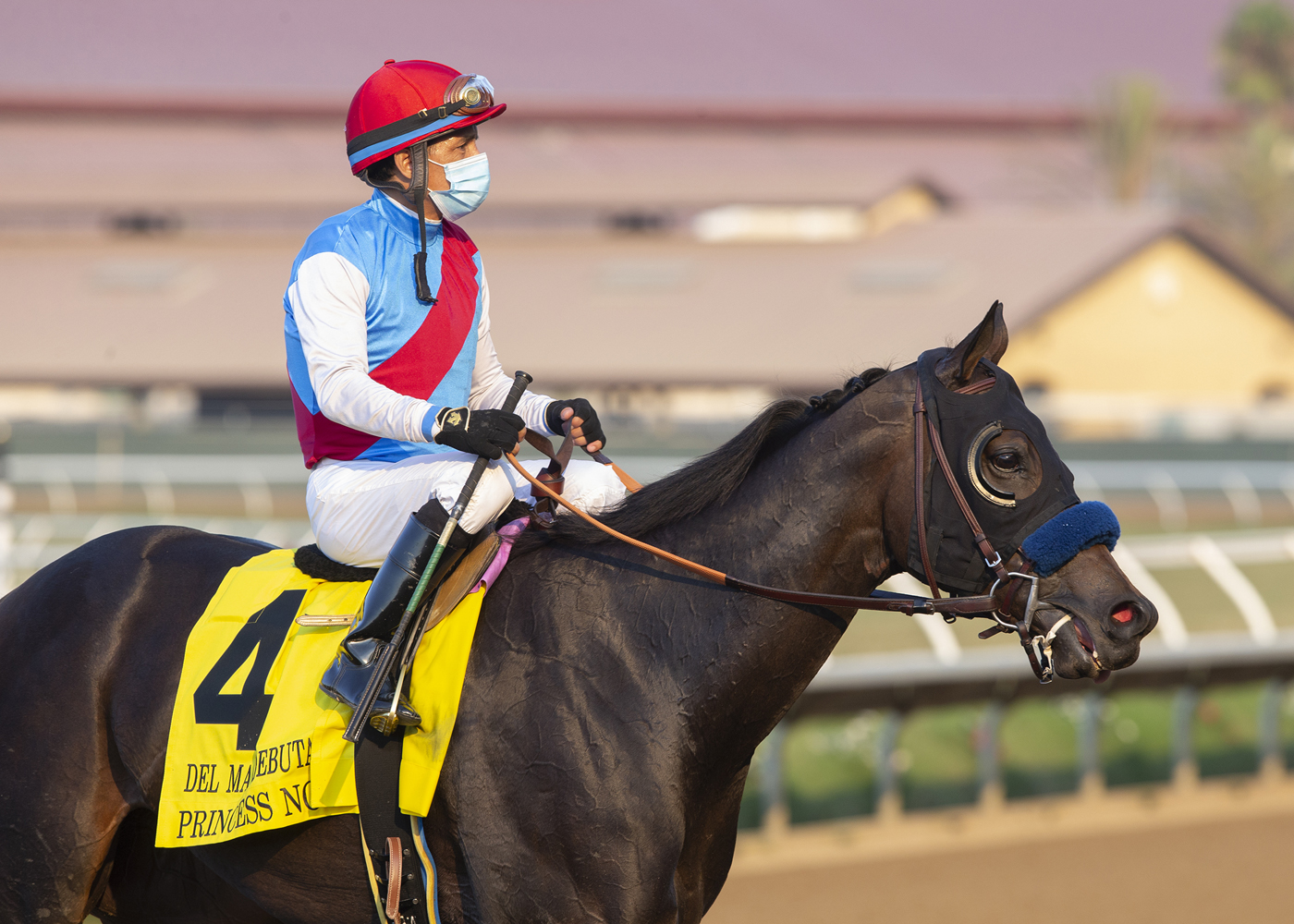 When a trainer is as successful as Bob Baffert, they are always looking for their next big thing. They’re hoping to uncover the next American Pharoah, Songbird, Justify or Authentic.

Baffert’s next big thing could be the 2-year-old filly Princess Noor, who put on a show while winning Sunday’s $250,000 Grade I Del Mar Debutante.

The daughter of Not This Time, a $1.35 million yearling purchase, was dazzling in her debut at Del Mar on Aug. 22, winning a maiden special weight by 2 1/2 lengths while tipping her hand that she could be something special.

She left no doubt in the Del Mar Debutante, sitting third up the backside under Victor Espinoza, pulling even with Forest Caraway at the head of the stretch and then drawing clear to win by 6 1/2 lengths while running the 7 furlongs in 1:23.15 as the 3-5 favorite. She was geared down by Espinoza in the final sixteenth.

Forest Caraway finished second, and pacesetter Illumination, who carved out early fractions of 23.01 and 45.49, wound up third, 2 1/4 lengths behind the runner-up.

Princess Noor had to withstand a stewards’ inquiry after breaking in sharply at the start and bumping My Girl Red, but the stewards unanimously ruled that the incident did not warrant a disqualification.

“She’s a little green (inexperienced),” Espinoza said of the incident out of the gate. “Coming away from there she went in a bit and I tried to get her off as quickly as I could. You try to control the babies as best you can, especially at the break.”

How good is Princess Noor?Related Articles

Sparks shut down Sky in fourth quarter to take win

“I really don’t know how good she is because I haven’t let her run yet,” Espinoza said. “It’s nice to be back at Del Mar and riding good horses.”

My Girl Red appeared to take a bad step less than a furlong into the race and was pulled up by jockey Flavien Prat. She returned to her barn and was reported to be fine.

Baffert, speaking to Del Mar publicity by phone from Louisville, where he sent out Authentic to win the Kentucky Derby on Saturday, didn’t seem surprised by Princess Noor’s dominating performance.

“We knew going in she was a special filly,” he said. “She showed so much brilliance at the sale, that’s why she cost so much, and we got what we expected to see today. She broke a little off kilter and was …read more