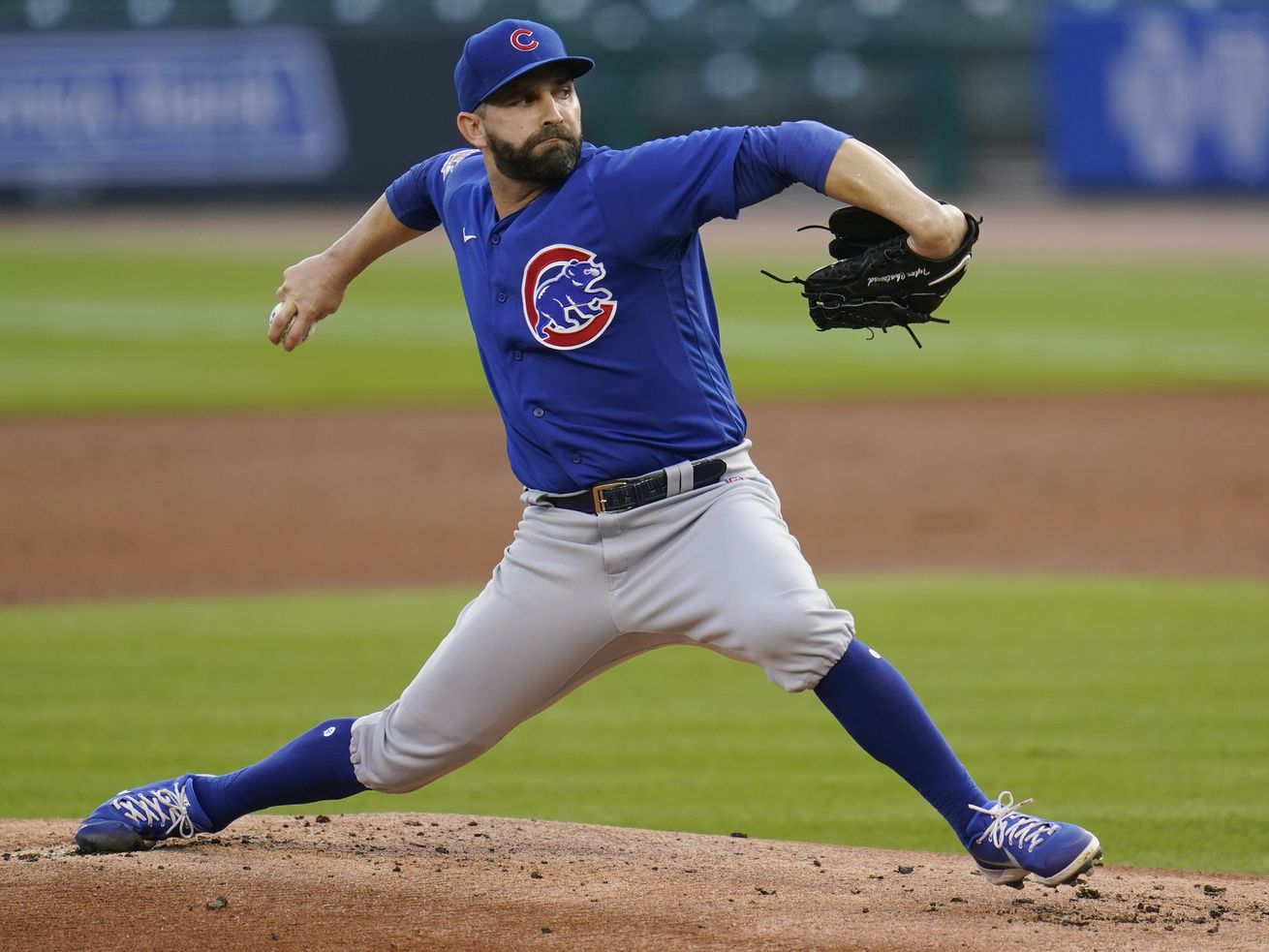 Chatwood and Quintana are both scheduled to reach 120 feet in their respective throwing programs this weekend.

The Cubs have kept searching for additional depth pieces while waiting for several players to get healthy, but they might be on the verge of getting close to full strength.

Right-hander Tyler Chatwood (strained right forearm) and left-hander Jose Quintana (left lat inflammation) were put on the 10-day injured list Sept. 1 and Sept. 2, respectively, and are in the middle of throwing programs.

Chatwood threw from 105 feet with Quintana, a day behind, throwing from 75 feet. After they are stretched out to 120 feet, the plan is to have both throw a bullpen session within the next three days.

Left-handed reliever Andrew Chafin, who was acquired at the trade deadline and was on the IL with a sprained left finger, threw his second bullpen session Thursday. Manager David Ross described a more intense bullpen session, saying, “He let it eat today.” Chafin threw a lighter session Tuesday.

The Cubs have two days off next week and could have some semblance of their full roster for next weekend’s series against the Twins.

“That’s a possibility,” Ross said. “That’s where we’re hopeful to see where those guys can be, but pitchers and injuries, especially when it’s arm stuff, you really got to take it day-to-day and make sure everything still goes along as planned, as we have mapped out. It’s an aggressive plan we have them on, but we’re trying to get feedback daily, and they’re pushing themselves, so there’s hope for that.”

Alzolay in, Rea out

The Cubs recalled right-hander Adbert Alzolay from alternate site South Bend before the game, and he got the start. Right-hander Colin Rea was optioned to South Bend in a corresponding move.

Alzolay allowed three runs and three hits in 3⅔ innings against the Reds. He struck out two and walked two in the no-decision.

Lefty Matt Dermody cleared waivers and has been assigned outright to South Bend. Right-hander Joe Wieland was added to the 60-man player pool and assigned to the alternate site.

Minor-league infielder Pedro Martinez was sent to the Rays to complete the trade for designated hitter/first baseman Jose Martinez.

Leaders in Mali meet with junta for conference on transition