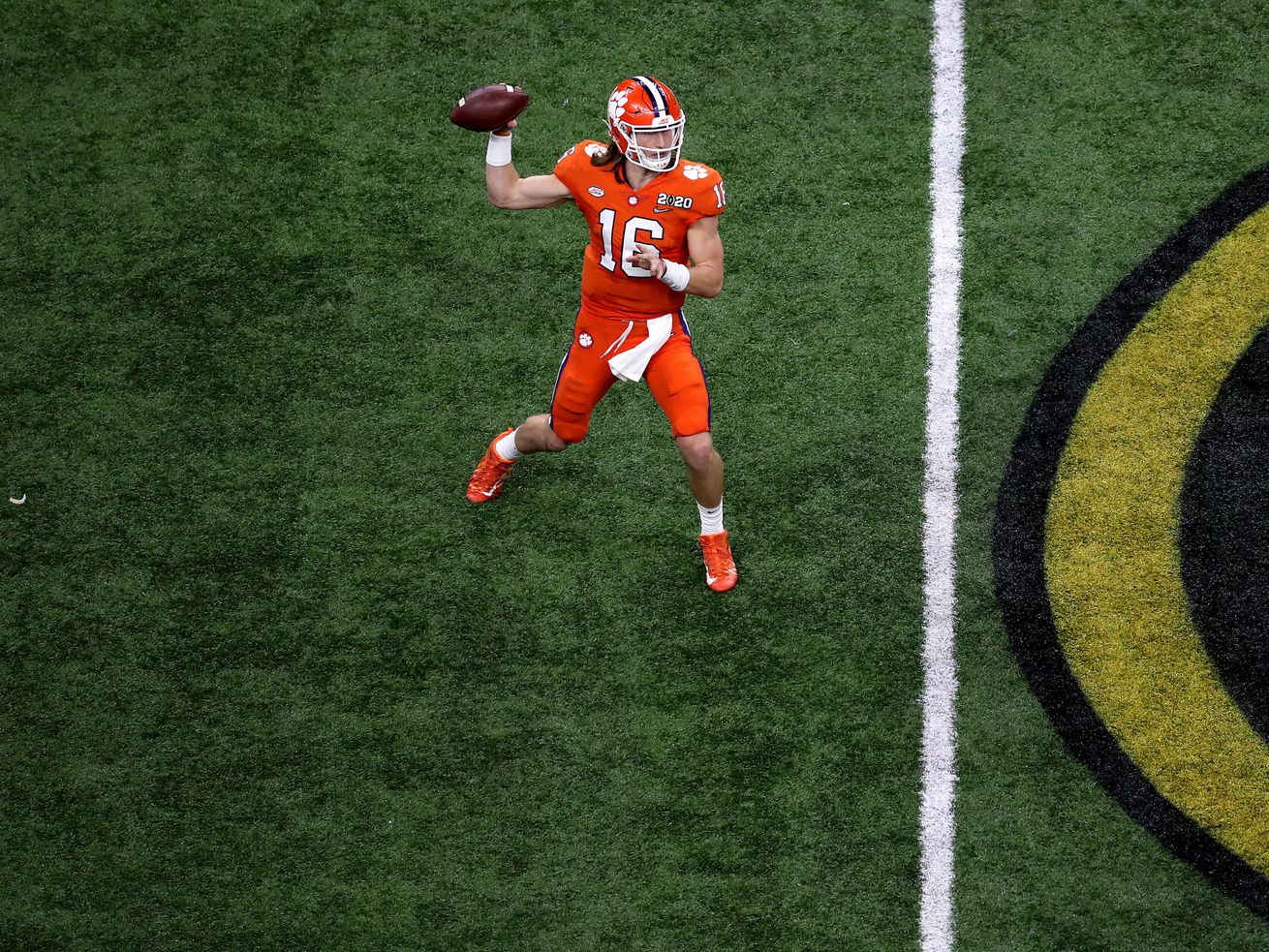 Clemson quarterback Trevor Lawrence is the man heading into the 2020 campaign. | Photo by Sean Gardner/Getty Images

Someday, we’ll look back and laugh at the self-righteous fuss that was made over the Big Ten’s “break” during a pandemic. Or we’ll look back and cry. Either way, the SEC, ACC and Big 12 won’t have waited for everyone to arrive at the table before digging into the 2020 season.

For a little while longer, anyway.

Someday, we’ll look back and laugh at the self-righteous fuss that was made — from Lincoln, Neb., to the Deep South; from Columbus, Ohio, to the White House — over the Big Ten’s “break” from college football during a pandemic. Or we’ll look back and cry. Either way, the SEC, ACC and Big 12 won’t have waited for the Big Ten and Pac-12 to arrive at the table before digging into the 2020 season.

Indeed, the fractured state of college football is storyline No. 1 this season.

Meanwhile, first-year commissioner Kevin Warren is under heavy fire as presidents and chancellors around the Big Ten prepare to vote on a new proposed plan for when games could start. Ohio State coach Ryan Day complained that communication from the league has been “disappointing and often unclear.” Penn State coach James Franklin publicly questioned Warren’s leadership.

And as national storylines go, here’s the rest of the big 10 (where 10 actually means 10):

2. Staggered starts: Six ranked teams, including Nos. 1 Clemson, 5 Oklahoma and 10 Notre Dame, open their seasons Saturday. The ACC is basically off and running with its conference schedule. Several Big 12 teams are sneaking in non-conference games Saturday before taking next week off and not starting league play until Sept. 26. The SEC won’t play at all until Sept. 26.

3. Irish in the ACC: Starting with Saturday’s home date with Duke, Brian Kelly’s team will play a full-fledged ACC schedule — or what counts as one in 2020. That means 10 league games for everybody, with no divisions. The Irish also get Florida State, Louisville, Syracuse and the biggie — Clemson — at home.

4. The team to beat: Clemson is the consensus No. 1 in large part because of quarterback Trevor Lawrence, who — despite having been outplayed in 2019 by LSU’s Joe Burrow — heads into the season as one of the top NFL prospects ever at the position. The Tigers’ only loss over the last two seasons was to Burrow and company in the national title game.

Derek Hough joins judges’ panel on ‘Dancing with the Stars’