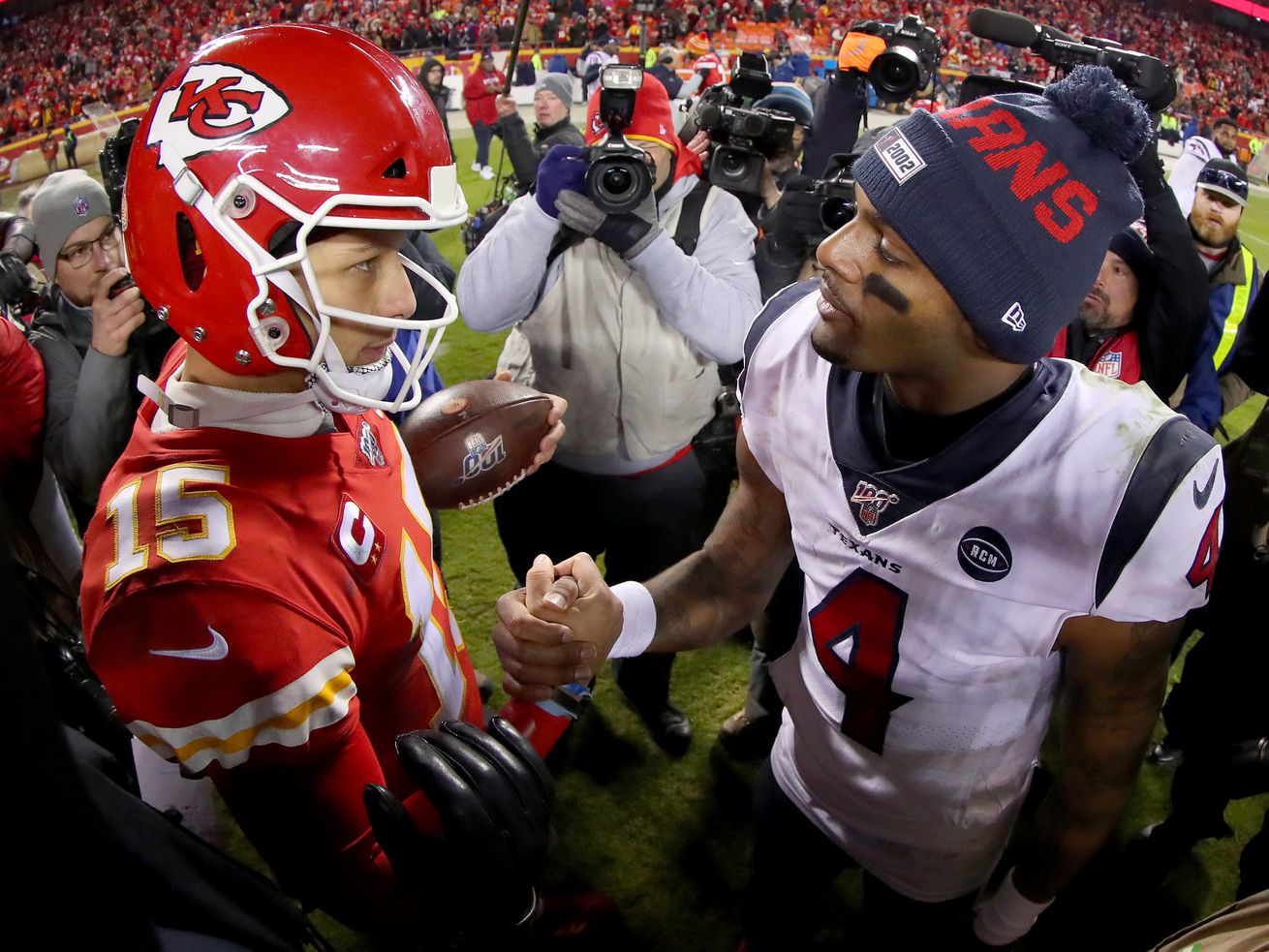 KANSAS CITY, Mo. — It has been a mere eight months since Patrick Mahomes led Kansas City from a 24-0 hole to beat Deshaun Watson and the Houston Texans in the divisional round of the playoffs, a brutally efficient comeback that ultimately propelled the Chiefs to their first Super Bowl title in 50 years.

A whole lot has changed, though.

The coronavirus pandemic effectively canceled the entire NFL offseason along with all four preseason games. That means their rematch at Arrowhead Stadium on Thursday night will be the first game for anybody since February. It also means the crowd at what is historically one of the toughest road venues in the league will be limited to about 17,000 fans.

The Texans no longer carry star wide receiver DeAndre Hopkins or leading rusher Carlos Hyde on their roster. Chiefs coach Andy Reid no longer carries around the heavy and ignominious tag of best coach never to win a championship.

“You have to expect the unexpected,” Mahomes said, “and that’s what we’re trying to do. We’re going to have a game plan for everything, and I’m going to make adjustments as quickly as possible so we can get off to a fast start. Hopefully.”

There are plenty of reasons for both teams to anticipate a good start.

Sure, the Texans’ offense underwent a dramatic makeover with the departure of Hopkins and Hyde, but in their place came wide receivers Brandin Cooks and Randall Cobb along with a healthy David Johnson at running back. And their defense has a healthy J.J. Watt, something they only enjoyed for about half of their games last season — and have missed far too often during his outstanding career.

“We have an opportunity going to the defending Super Bowl champs’ home stadium right off the bat and compete with a great team. That’s what you want,” said Watson, who signed a four-year, $160 million contract extension last week. “This is the best opportunity you can have to start the season.”

That contract extension is the second largest in NFL history. The first: The 10-year extension that Mahomes, the reigning Super Bowl MVP, signed that could ultimately pay him about a half-billion dollars.

Nice paydays for two quarterbacks taken two picks apart in the first round of the 2017 draft.

“These two guys are just great players. Very, very dynamic players,” Texans coach Bill O’Brien said. “It’s always interesting how the schedules are made that this is the game that opens up the season, especially with what’s gone on. What’s gone on the last six months, it’s unprecedented. Now you have this game with these two quarterbacks who have done so much early in their careers, its’ …read more

Could there be an aerial link between Salt Lake and Park City?