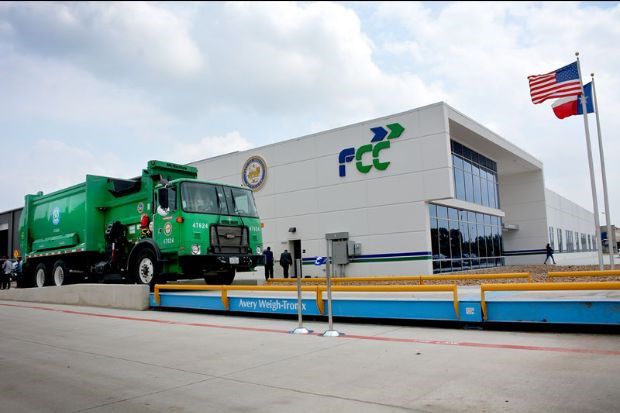 Houston is known for a lot of things, and now the city can add recycling to the list.

According to a news release, Houston’s Solid Waste Management Department recycling processing partnership with Fomento de Construcciones y Contractas (FCC) has been named as the best recycling facility in America for this year.

The title was given to the facility by the National Waste and Recycling Association (NWRA) in recognition of its state-of-the-art operations.

According to the release, the 120,000 square-foot facility can process nearly 150,000 tons of recyclable materials per year, which is nearly twice as much as the city’s current needs.

The facility allows locals to not only put glass in their recycling bins for the first time since 2016, it also helps fewer materials go to landfills.

“The City of Houston’s partnership with FCC saves taxpayers over $500,000 in recycling costs annually,” said Mayor Sylvester Turner. “The award is a win for Houstonians and confirms our commitment to protecting the environment.”

Anyone interested in learning more ways to recycle or more information about the city’s Solid Waste Management Department can visit Houstontx.gov/solidwaste.