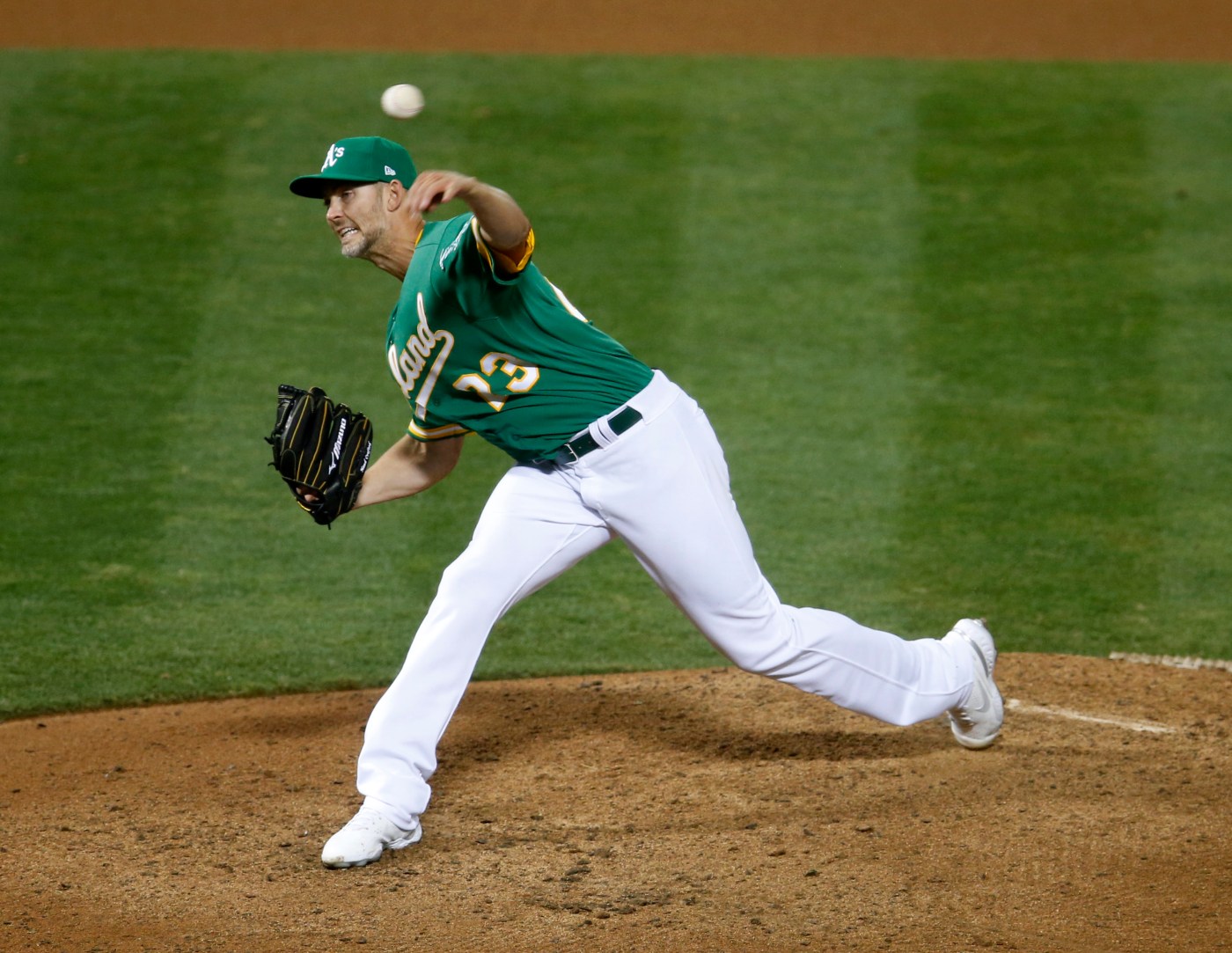 OAKLAND — The 100th home run of Matt Olson’s Major League career was a majestic one — a soaring, three-run shot that traveled 418 feet before it landed in the second deck of the Coliseum’s right field seats.

It wound up as a footnote, as the A’s missed a chance to sweep their double-header with the Houston Astros on Tuesday.

The Astros loaded the bases in the top of the seventh inning before J.B. Wendelken allowed a sacrifice fly to Yuli Gurriel, scoring George Springer from third base to break a tie and hand the A’s a 5-4 loss.

The A’s won the first game of the double-header 4-2, and, with two-thirds of the season in the books, will enter Wednesday with a 4 1/2 game lead in the American League West.

The A’s had the bases loaded with two out in the bottom of the sixth inning, but Tommy La Stella flied out to deep left field to end the threat.

Olson’s homer, his 11th of the season, in the bottom of the third inning was canceled out by the Astros’ four-run rally in the top of the fourth.

Mike Minor, acquired by the A’s from the Texas Rangers on Aug, 31, had his shortest start of the season. After allowing just one walk and one single in the first three innings, Minor allowed two singles, a walk and hit a batter in the fourth inning as the Astros cut the A’s lead to 4-1.

Reliever Yusmeiro Petit didn’t fare much better, allowing two walks and an infield single as the Astros tied the game 4-4.

Minor pitched one inning of relief for the A’s last Friday in their 7-0 loss to the San Diego Padres. But in seven previous starts this season, Minor had pitched at least five innings five times. His shortest start came Aug. 18 against the Padres when he lasted 3 2/3 innings in what was a 6-4 Rangers loss.

The A’s now have 20 games left. After finishing their five-game series with the Astros with games on Wednesday and Thursday, the A’s will play 11 of 14 games on the road as they hope to run down their first AL West title since 2013.