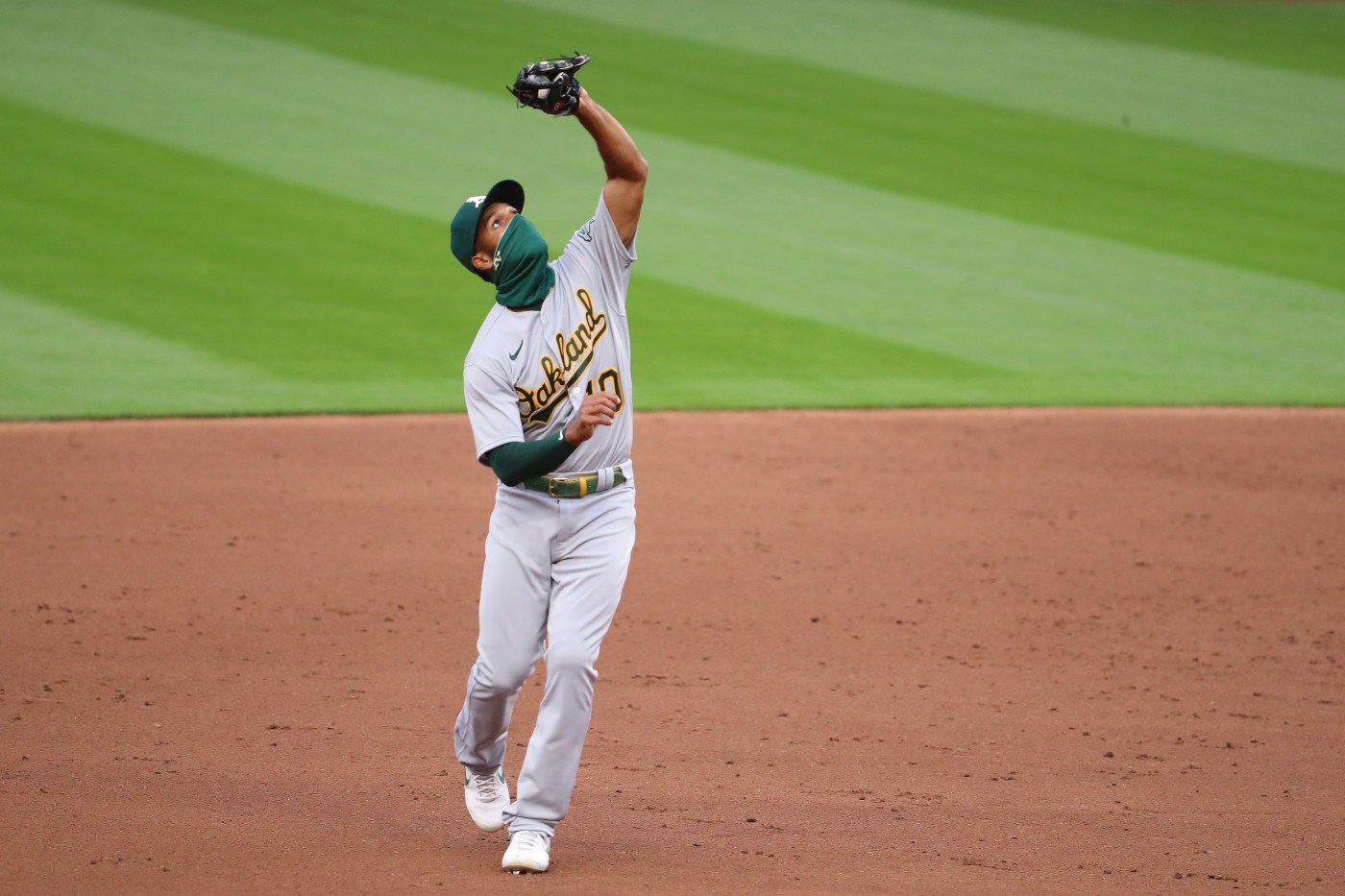 OAKLAND — As the A’s prepped for their second road game in Seattle Saturday, the state of the 2020 Major League Baseball season strayed deeper into an uncertain space as coronavirus outbreaks hit three teams.

Commissioner Rob Manfred on Friday warned MLB Player’s Association head Tony Clark that the season could be shut down by Monday if players continued to breech the league’s safety protocols. A’s union player representative Marcus Semien said he expected some of the looser compliance rules to be “tightened up” in response.

Saturday, Manfred flipped the scrip, telling ESPN’s Karl Ravech, “We are playing. The players need to be better, but I am not a quitter in general and there is no reason to quit now. We have had to be fluid, but it is manageable.”

Manfred is pointing blame for the recent outbreaks away from the league on the back of agreed upon health and safety protocols that ask, but don’t mandate, that players stay indoors throughout the season, stating: “MLB will not formally restrict the activities of Covered Individuals when they are away from Club facilities.”

That players need to stay indoors, away from crowded spaces and virus hot spots away from the isolated comforts of their homes and hotel rooms, is just a rule all teams assume the others are operating under. Prior to the season, the A’s took the rule seriously, saying then and now that they know they can only control what they can control.

Commissioner confident MLB can get through playoffs despite virus

Jesús Luzardo’s first big league start could be boost A’s need: ‘When he’s on the mound, we’re expecting to win that game’

Oakland A’s react to Manfred’s threats: ‘All we can do is control ourselves’

In light of an MLB investigation reported by Bleacher Report’s Scott Miller that the Miami Marlins were lax in staying away from people — reportedly going to the hotel bar and out in Atlanta during a trip to play the Braves — the A’s expressed some frustration that other teams might not be as diligent.

“We don’t want to be one of those teams like the Marlins that screws it up for everybody,” A”s third baseman Matt Chapman said earlier this week.

Bassitt added that the team’s affinity for video games helps them stay busy isolated indoors. They play each other, in separate rooms, before the game, go to the field to play, then return home to play more video games.