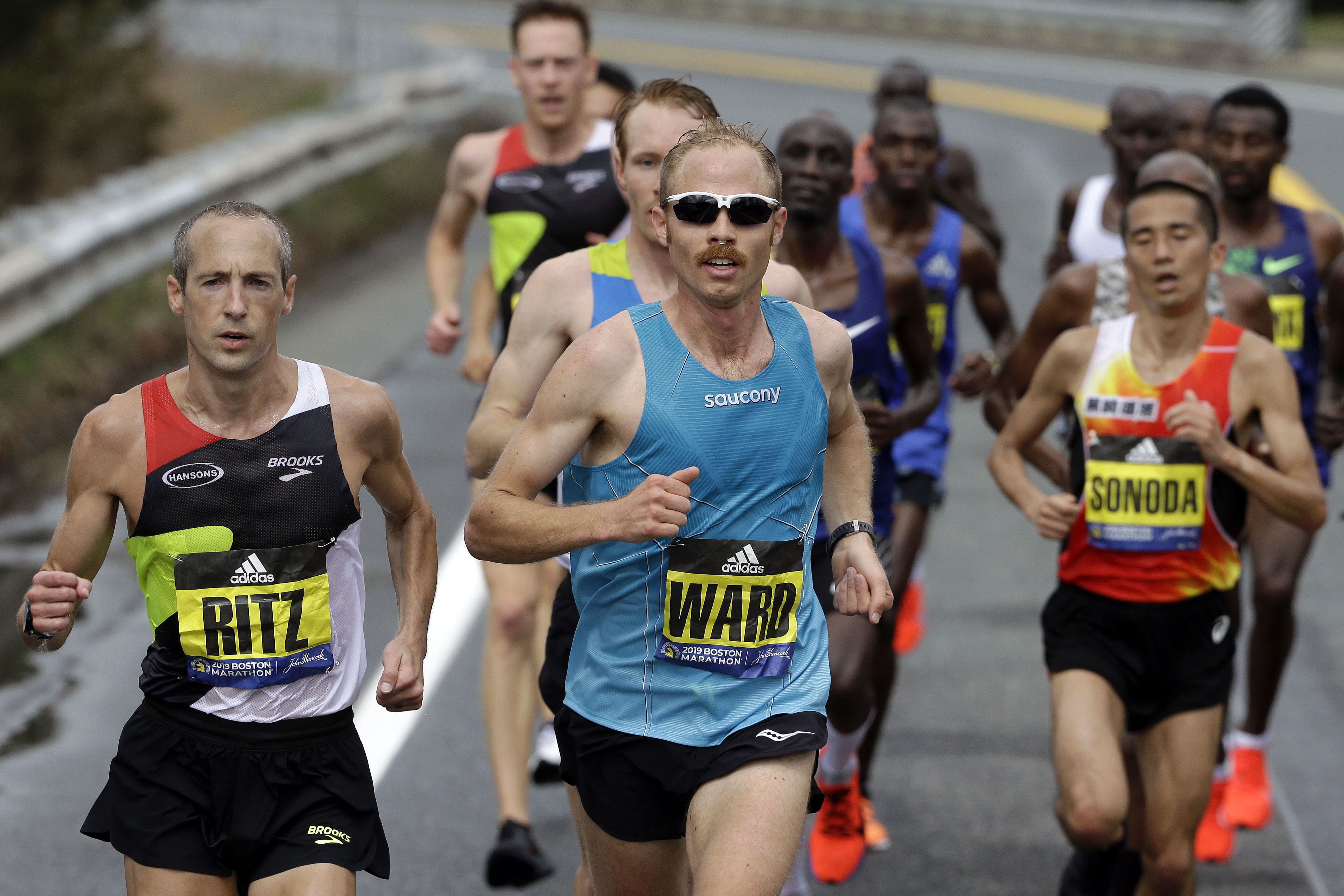 Olympic distance runner Jared Ward and his teammates will take turns dashing around a short, shady course they hand-picked in Provo, Utah.

Almost simultaneously, an avatar mimics their movements across a computer screen — and races against other avatars representing rival teams from all over the globe.

This unique sort of marathon relay competition is just another way for an elite race to feel more like a real competition in this time of COVID-19.

Runners compete Saturday in teams of three, with racers from places like Zimbabwe, Peru, Ecuador and across the U.S. taking the starting line at the same time (most, anyway).

“We were like, ‘OK, how can we make this feel like a competition between runners, not just a bunch of random people running times by themselves around the world?’” explained pro racer Tyler Andrews, who organized the grass-roots event for his fellow pro racers.

There are also competitions for weekend runners, too.

“In this, you can see their split times and dive into their data. Or you can just see the icons moving across the screen in real time,” Andrews said.

The format goes like this: Approximately 17 elite teams of three will split up a marathon into 12-, 8- and 6.2-mile segments. They’ve mapped out their own home courses — whether it be on grass, pavement, dirt or around a 400-meter track — and the data will be collected and loaded into an app for easy tracking.

The race begins at the same time (6 p.m. EDT), regardless of whether the runners reside in Peru, Ecuador or Utah. Although, the African teams will run earlier in the day to adhere to local coronavirus curfew restrictions that may be in place. Their split times will be reflected in relation to how close they are with the other groups.

Organizers of races all over who are wary of the coronavirus pandemic are trying to find creative ways to stage competitions. For instance, participants in the Boston Marathon can run a virtual race anytime until Sept. 14. And the London Marathon recently announced plans for a bio-secure bubble to hold elite-only races on Oct. 4, along with a virtual race for other runners that quickly sold out.

For this event, Andrews reached out to fellow runners, who were eager at the prospects of competing.

“We got everyone on board just by calling people up, asking who knows whom, and pitching folks on a cool, new idea,” said Andrews, who’s planned a series of virtual events this summer through an organization he founded called Chaski Endurance Collective. “And, honestly, people are psyched.”

Des Linden, the 2018 Boston Marathon winner, is taking a different approach to picking her two teammates for this race — an online auction. It’s a way for her team, Brave Like Gabe, to raise money for the foundation of Gabe Grunewald, an elite runner who lost lost her battle with cancer on June 11, 2019, at …read more

What is a rover, jack, cinco and flash? BYU will use ‘hybrid’ roles with unique names on defense

Week 2 Preview: Lake Worth at Sanger