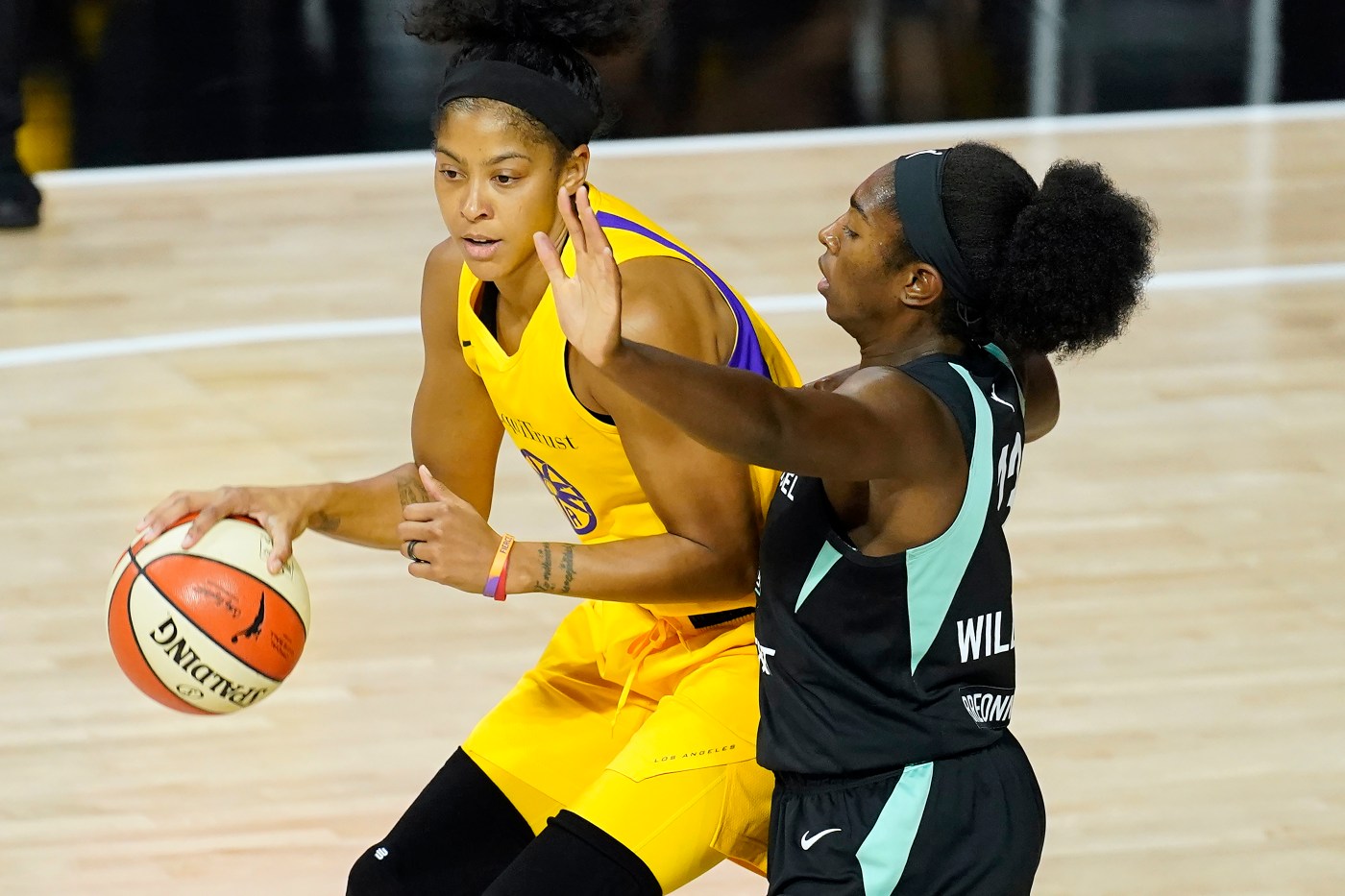 With two games left in the regular season, the Sparks have much left to play for.

The Sparks (15-5) find themselves in third place, one spot outside of the WNBA’s coveted double-bye into the semifinals. Los Angeles has already clinched a third- or fourth-place finish, meaning it receives a first-round bye, but that amounts to only two extra days to recover from this sprint of a season.

“I know that’s in our minds,” guard Brittney Sykes said after last week’s loss to the first-place Seattle Storm, “but at the same time we’re just handling game by game, and if we handle our business we don’t have to look at the standings and figure out who needs to win, who needs to lose.”

No, that’s not the players’ jobs. It’s the media’s.

The Sparks are a half-game behind second-place Las Vegas Aces (15-4). In a perfect world for the Sparks, they win their final two games, including their season finale against the Aces, while Vegas loses one additional game.

This would put the Sparks in second place without having to worry about tiebreakers. And it’s not inconceivable. Vegas’ remaining schedule is treacherous, playing the fourth-place Minnesota Lynx on Thursday before a weekend back-to-back against the Sparks and Storm.

That’s the ideal situation for the Sparks, because the tiebreaker situations get a little more complicated.

First, for any tiebreaker, the Sparks must beat the Aces on Saturday. Vegas won the first meeting this season, so the Sparks must split to reach the second tier of tiebreaker: your record against teams that finished the regular season .500 or better. Vegas is currently 5-4, with three games against .500 teams remaining. The Sparks, meanwhile, are 6-5 with just the game against Vegas remaining.

LAPD pursues Pacoima suspect who they believe was armed

If the second tiebreaker fails to produce a second-place finisher, then it goes to point differential in head-to-head matchups, meaning the Sparks would need to beat Vegas by more than four points Saturday.

Sparks put together dominating effort in win over Liberty

How Derek Fisher is connecting with the Sparks in Year 2

Sparks shut down Sky in fourth quarter to take win

Sparks aims to reverse its record against WNBA’s elite teams

But, of course, all of this is likely moot if the Sparks can’t beat the Washington Mystics (6-13) on Thursday, which is the message head coach Derek Fisher has been preaching.

“The only responsibility you have to your team is to be fully present here in this moment. That’s the only thing you can control,” Fisher said prior to Tuesday’s win over New York. “And where we end up at the end of this week in terms of seeding and ranking and …read more

Pandemic glossary: Terms that became part of our daily dialogue in the past 6 months