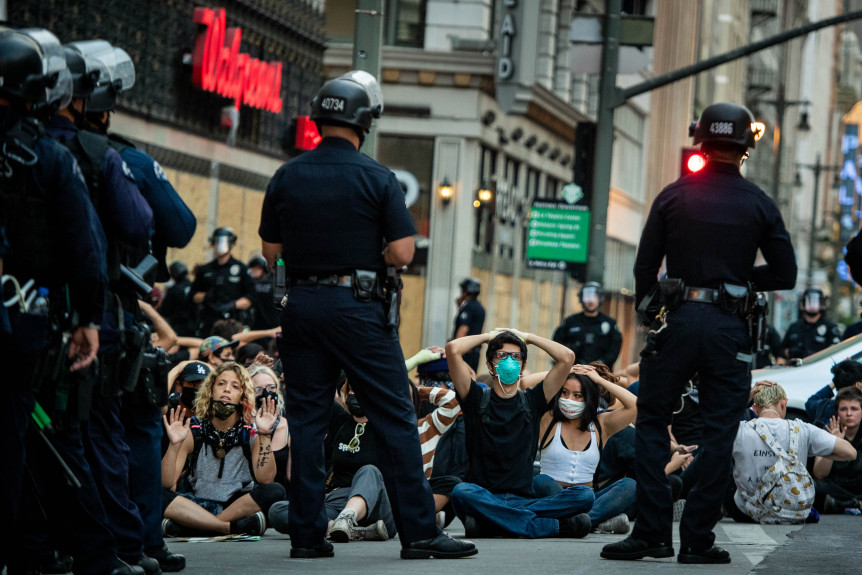 In tumultuous times such as these, it is vital that the press is able to gather information in order to help better inform the public of what is going on.

Members of the press, in any society, and certainly in the United States, should never find themselves attacked, manhandled or unduly interfered with in the course of doing their jobs.

In covering the countless protests that have broken out across the nation, reporters have found themselves tear-gassed, hit with rubber bullets, zip-tied, detained and, as we recently saw with KPCC reporter Josie Huang, tackled to the ground.

This is the behavior of nations Americans rightly deride as tyrannical and antithetical to human freedom, not the United States.

The California Legislature approved Senate Bill 629, introduced by Sen. Mike McGuire, D-Healdsburg, which would allow “duly authorized members of the press to enter areas that have been closed by law enforcement due to a demonstration, march, protest, or rally.”

The bill, according to a legislative analysis, would also bar “officers from citing members of the press for failure to disperse, a violation of a curfew, or a violation of resisting, delaying, or obstructing,” when they are in those closed areas conducting their necessary and legitimate work.

How Newsom’s war on climate change stacks up against reality

NFL, if you kneel for anything, you stand for nothing: Ron Hart

“The numerous arrests and attacks of journalists reporting on protests across the country are both constitutionally impermissible and beyond the pale in a free society,” notes the Reporters Committee for Freedom of the Press. “These attacks endanger the press and threaten the essential role that journalists play in safeguarding constitutional rights by informing the public and the electorate.”

The proposal was opposed by a handful of police organizations and police unions, citing, among other things, safety concerns for reporters at protests.

We appreciate the concern. Police organizations and police unions concerned about safety could do the press a great service by advising officers not to attack members of the press. And fortunately, SB629, which received bipartisan support, can better focus the attention of law enforcement.

The bill is now sitting on the governor’s desk. Gov. Gavin Newsom should sign SB629.