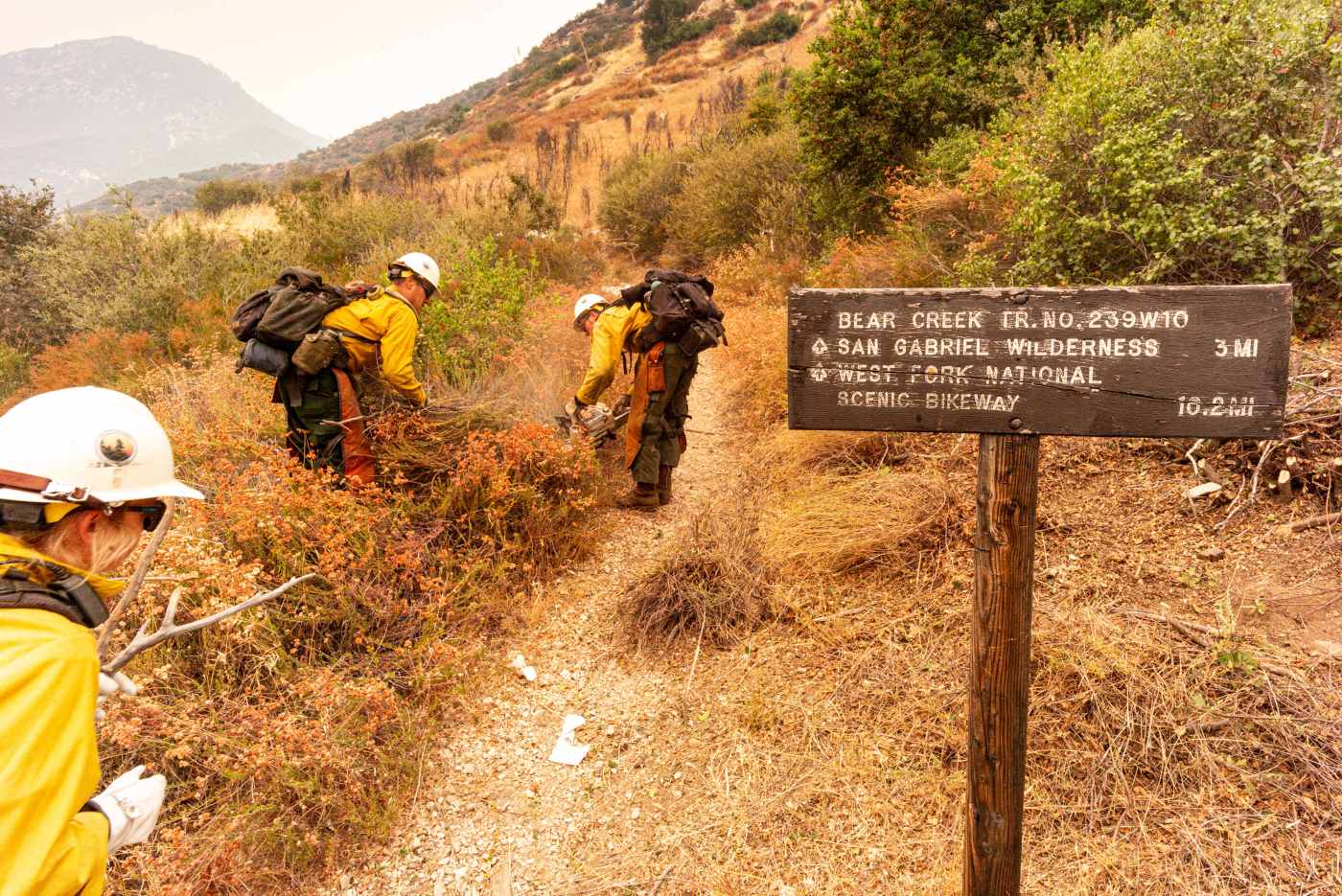 Fire crews braced for another challenging day battling the Bobcat fire, which grew by another 10 percent overnight in the Angeles National Forest above Monrovia, authorities said on Friday, Sept. 11.

With flames visible to residents in the San Gabriel Valley to the south, three helicopters worked perimeter control to limit the spread on the southwest portion of the fire overnight, Angeles National Forest officials said.

However, the fire continued to travel northeast, expanding to an estimated 26,368 acres by 7 a.m.

To the north, the fire got close to Highway 2, reaching up into the ridges near the roadway where crews made fire retardant drops, officials said.

Fire crews achieved 6% containment, getting it on the fire’s eastern edge on Thursday, in part because the fire ran into a burn scar from the Ranch2 fire. Containment is the percentage of the fire’s perimeter that flames will not extend beyond.

But challenges remain as the fire continued to chew through steep terrain and dry fuels, some of which haven’t burned in 60 years.

“Fire crews will continue working on opening dozer lines and utilizing the road system to slow progression of the fire,” officials said in a Friday morning update.

The priority for firefighters remained to contain the fire’s south end in anticipation of Santa Ana winds.

The fire broke out near the Cogswell Dam and West Fork Day Use area on Sunday and prompted evacuation warnings in Monrovia, Duarte, Bradbury, Sierra Madre, Azusa, Pasadena and Altadena.

The fire’s cause remained under investigation. Roughly 540 fire personnel were on hand battling the flames.

Officials have estimated they will have full containment of the fire in mid-October.

Three keys to Lakers vs. Nuggets in 2020 Western Conference Finals