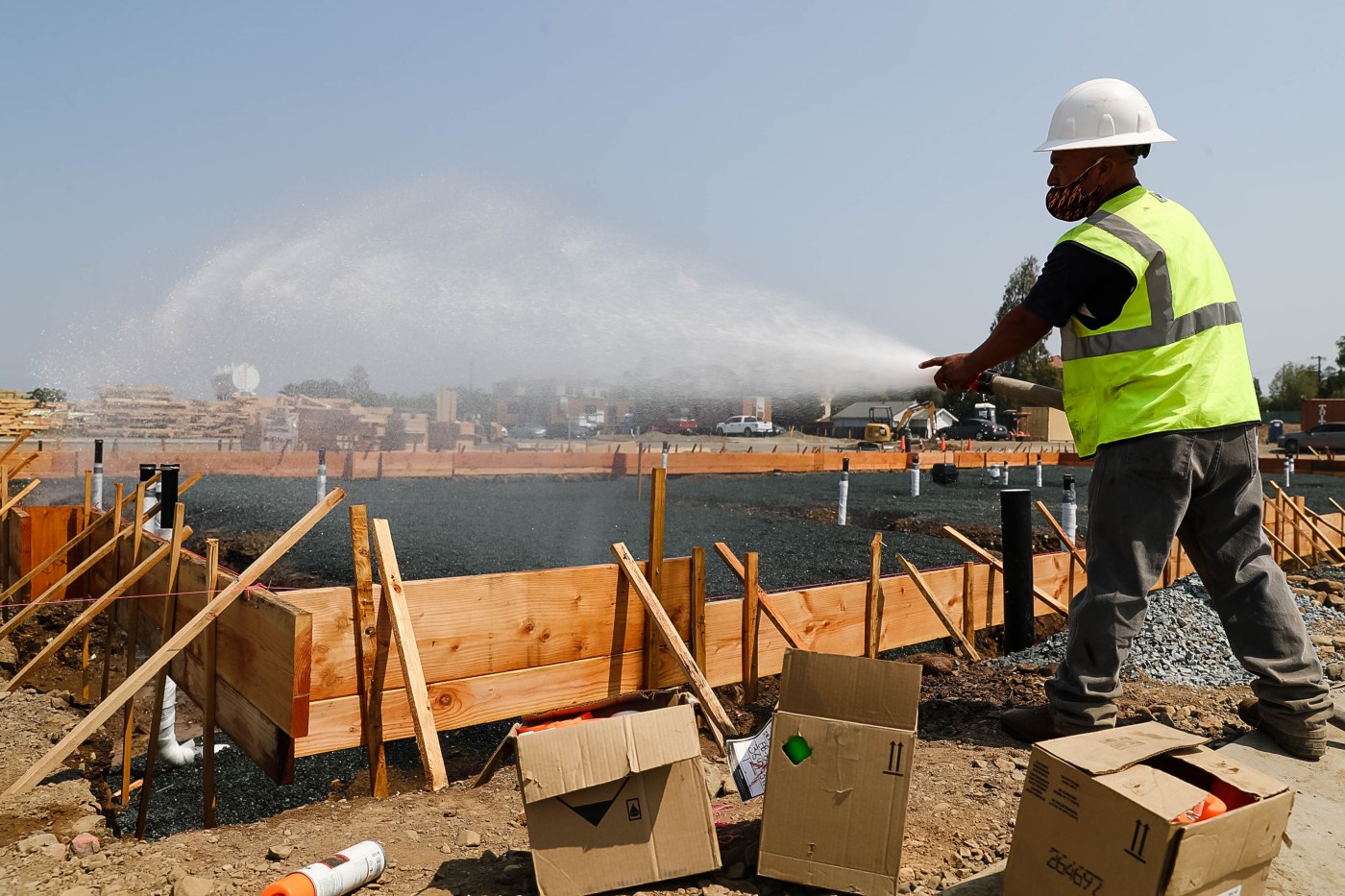 LOS GATOS — It will be at least two more weeks before a decision is rendered on a proposal to eliminate an underground level of parking from the controversial “North 40” mixed-use development an old walnut orchard in Los Gatos.

After addressing the matter for nearly two hours Wednesday night, the town’s planning commission voted unanimously to delay further discussion until Sept. 23 because it was unclear whether the developer’s request fell under the state’s Housing Accountability Act.

Under the act, the planning commissioners would have to make their decision based only on objective standards, not subjective ones.

Town Attorney Rob Schultz thought the act applied because at least two-thirds of the total development at the interchange of Highway 17 and Lark Avenue is residential. He advised the commissioners of their voting restrictions hours before the virtual meeting and repeated the guidance during the proceeding.

“You’ve got to find those objective standards,” Schultz said. “That’s the only way you can deny a housing project under state law. There have been many subjective reasons in the correspondence that you’ve received such as:

“If they don’t have the garage, there will be a parking problem. (The parking) might be needed for future development. The applicant promised it, therefore they should have to do it. All of those are subjective reasons.”

It all seemed cut and dried — until a public speaker questioned whether the Housing Accountability Act was applicable in this case. She noted that the Market Hall building where the underground level of a four-story parking structure will or won’t be built by SummerHill Homes is only 62% residential, falling short of the two-thirds needed for the act to apply.

Schultz was asked to double-check while the meeting continued and later told the commissioners, “Since this is an amendment to the approved architectural site for Phase 1, staff and I used the entire phase project to reach the conclusion that it meets the requirements of a mixed-use and that HAA applied.

“We didn’t look at it from just the Market/Senior Housing space project. If PC (planning commission) does not agree with that conclusion, then it should make the specific findings that the HAA does not apply.”

The commissioners voted to delay the dialogue, citing that public speakers were thrown a curveball when it was announced at the start of the meeting that the Housing Accountability Act was applicable.

The act has already played a major role in the project. In 2016, the development appeared dead when the town council voted 3-2 to reject Phase 1 of the application, with the majority claiming it did not comply with the town’s specific plan.

But the developers sued, and a judge ruled that the town did not follow provisions in the HAA. He said the council reviewed the specific plan subjectively rather than objectively.

The application went back to the council, which narrowly approved the project.

The proposal to remove the undergoing parking level was on the planning commission’s Aug. 26 agenda. But it was delayed until Wednesday because …read more