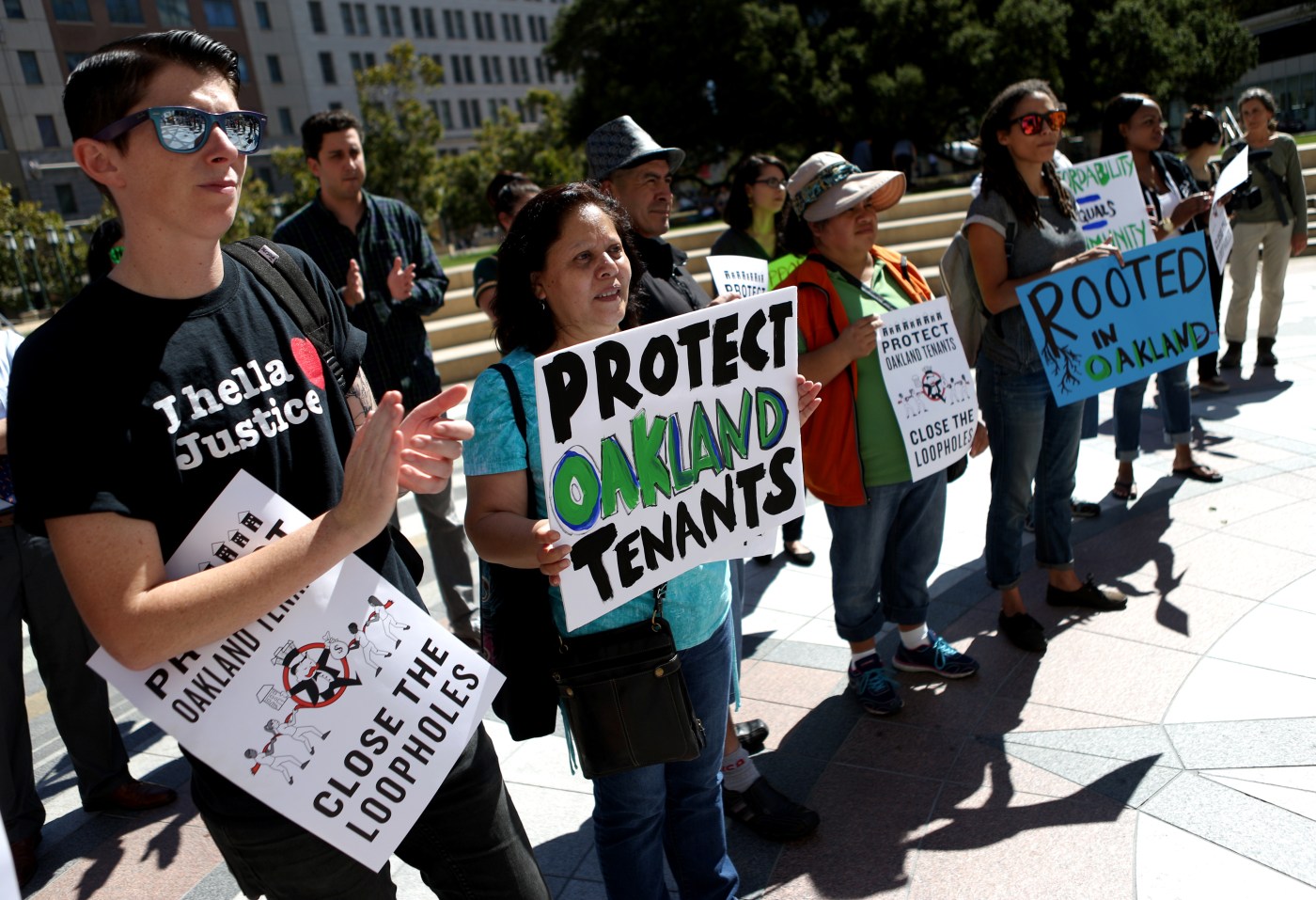 A growing percentage of Bay Area tenants missed rent in September, as persistent unemployment and shrinking federal aid compounded the stress on renters and landlords.

Rent payments in San Jose, Oakland and San Francisco during the first week of September dropped roughly 9 percent from the previous year, according to data released Wednesday by real estate data firm RealPage, among the biggest drops in the nation.

The percentage of renters making at least some payment in September fell, year-over-year, across the region. The rate  dropped from 92.9 in September 2019 to 83.7 percent this  September in San Jose and Santa Clara County. During the same period, the rate of East Bay rent payments fell from 90.4 to 81.2 percent, and decreased in San Francisco and San Mateo County from 91.3 to 82.3 percent.

The drop in San Jose, Oakland and San Francisco, Couch said, “is one of the largest that we’ve seen across the nation.”

The extended health crisis has set public officials, landlords and renters searching for relief and ways to forestall evictions and widespread displacement. Staggering unemployment, reaching nearly 8 million in California, has hit service workers and others hard. About 1 in 5 new unemployment claims filed in the U.S. in the week ending Aug. 22 were from California.

Bay Area rents, despite recent dips, remain among the highest in the country. The median price in September for a two-bedroom apartment in San Jose was $2,750, and $2,800 in Oakland and $4,070 in San Francisco, according to apartment site Zumper.

The market is also weakening nationally.

About 76 percent of U.S. tenants have made some payment in September, down from 80 percent at the beginning of the crisis in May, according to a survey released Wednesday by the National Multifamily Housing Council. Real estate experts say the decline in federal aid and sluggish pandemic economy have hurt renter performance.

Supplemental federal unemployment insurance, an additional $600 weekly, expired in late July. This month, out-of-work residents are scheduled to receive an additional $300 weekly payment drawn from Federal Emergency Management Agency funds. Congress has not passed a new stimulus bill, although negotiations are expected to heat up this month.