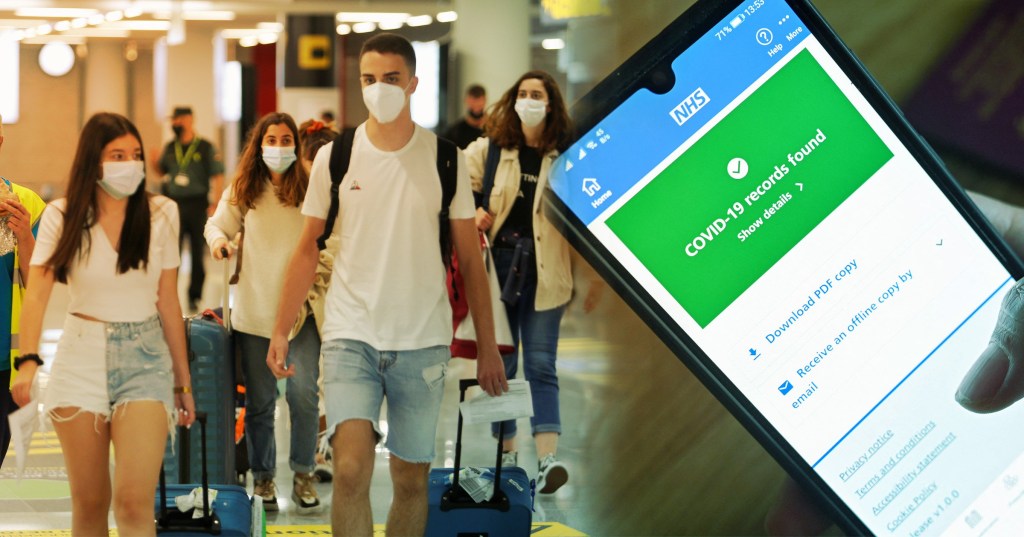 People who have had both doses of the Covid vaccine could still miss out on holidays abroad due to errors in the NHS.

Many fully vaccinated Brits still can’t prove it on the health service’s app because their second jabs haven’t been recorded properly.

Health officials have warned that staff working at vaccine centres could sometimes fail to press ‘save’ or fill in data incorrectly after someone has had their shot.

They urge people to speak to their GP if they have been affected, but several patients told the Telegraph they were ‘fobbed off’ when they raised the issue with them.

Doctors have warned of delays in correcting people’s records as there is a ‘large volume of similar requests we are receiving’.

It is a huge blow for many fully vaccinated travellers, who as of Monday are allowed to return from amber list countries without having to self isolate for 10 days.

Some destinations also demand proof of vaccinations before allowing travellers to enter, meaning some will face having to cancel their holiday plans.

Patients fear the problem could cause travel chaos, as GPs can’t keep up with the number of complaints (Picture: Reuters)More: Coronavirus

On top of this, so-called ‘vaccine passports’ are set to be required for people entering nightclubs and potentially other crowded venues in the UK from September.

Dan Ciubotaru, a professor of mathematics at the University of Oxford, says he has been waiting nearly two years to see his elderly dad in Romania.

He has had two vaccines, but after his second dose ‘didn’t appear’ on the NHS app, he threatened to book a third jab before the registration issue was sorted.

The academic said: ‘After five days I tried to call 119 to get a proof of vaccination, they told me to wait until seven days have passed. I did that, I called again, then they said they can’t do anything and I should call the vaccination centre.’

Prof Ciubotaru said alarm bells started ringing when he received a letter inviting him to get a second jab, even though he had already had it.

Andrew Harrold, from Brighton, said his vaccine didn’t show up on the app and that he’s tried 14 times to resolve the issue through the 119 helpline, NHS Digital and his GP.

He added: ‘I’ll keep persevering but its a really hard system …read more