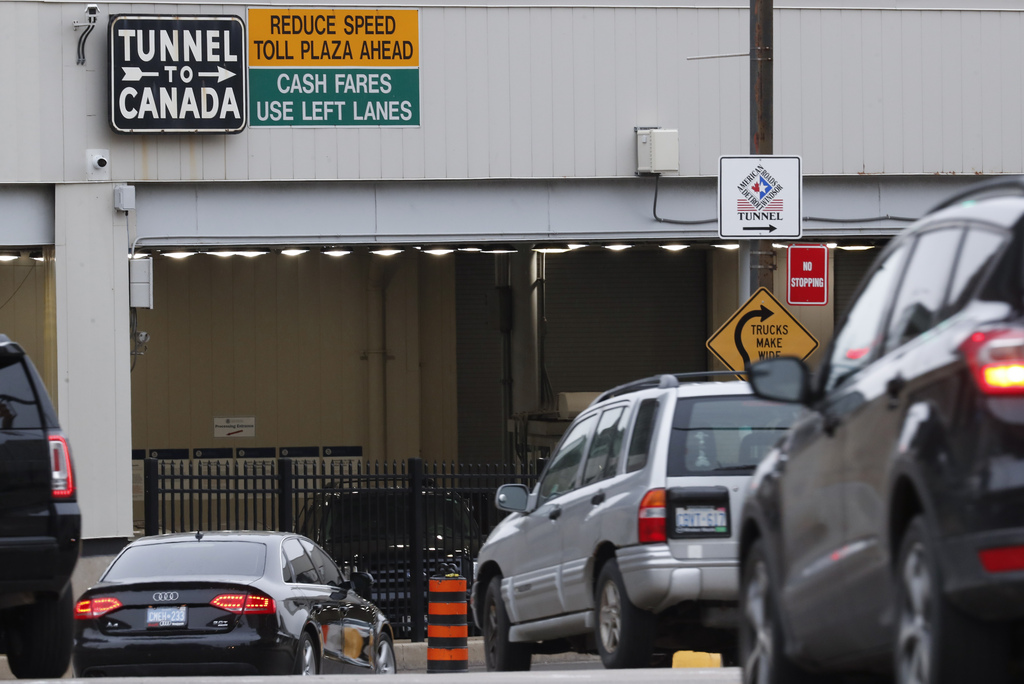 TORONTO — Canada announced Monday it will begin letting fully vaccinated U.S. citizens into Canada on Aug. 9, and those from the rest of the world on Sept. 7.

Officials said the 14-day quarantine requirement will be waived as of Aug. 9 for eligible travelers who are currently residing in the United States and have received a full course of a COVID-19 vaccine approved for use in Canada.

Public Safety Minister Bill Blair, who said he spoke with U.S. Homeland Security Secretary Alejandro Mayorkas on Friday, said the U.S. has not yet indicated any plan to change current restrictions at the land border. Canadians are able to fly into the United States with a negative COVID-19 test.

Asked in Washington if the U.S. would reciprocate, White House press secretary Jen Psaki said, “We are continuing to review our travel restrictions. Any decisions about resuming travel will be guided by our public health and medical experts. … I wouldn’t look at it through a reciprocal intention.”

U.S. Democratic Congressman Brian Higgins, whose district includes Buffalo and Niagara Falls, said the U.S. has “neglected to give reopening the northern border the serious attention it deserves, and there is no excuse.”

Canadian officials also announced that children who aren’t vaccinated but are travelling with vaccinated parents won’t have to quarantine, but will have to avoid group activities including schools and daycare centers.

Transport Minister Omar Alghabra also said a ban on direct flights from India will be extended to Aug. 21 because of the delta variant. “The situation in India is still very serious,” he said.

Prime Minister Justin Trudeau said last week that Canada could start allowing fully vaccinated Americans into the country as of mid-August for nonessential travel and should be in a position to welcome fully vaccinated travelers from all countries by early September.

Canada leads G20 countries in vaccination rates, with approximately 80% of eligible Canadians vaccinated with their first dose and over 50% of those eligible fully vaccinated.

“This weekend, we even passed the U,S. in terms of fully vaccinated people,” Trudeau said. “Thanks to the rising vaccination rates and declining COVID-19 cases, we are able to move forward with adjusted border measures.”

Reopening to the U.S first is a “recognition of our unique bond, especially between border communities,” Trudeau said.

In the early days of the pandemic, the U.S. and Canadian governments closed the more than 5,500-mile border to nonessential traffic. With increasing vaccination rates and dropping infection rates, some were annoyed the two governments hadn’t laid out plans to fully reopen the border.

Canada began easing its restrictions earlier this month, allowing fully vaccinated Canadians or permanent legal residents to return Canada without quarantining. But among the requirements are a negative test for the virus before returning, and another once they get back.

Pressure has been mounting on Canada to continue to ease the restrictions at the border, which have been in effect since March 2020. Providing exemptions for travel into Canada amid the pandemic is politically sensitive …read more

Stock Market: Suez Canal Update! Floating!
A 132-night cruise around the world sold out in under 3 hours - see what it will be like aboard the ship

49ers’ training camp schedule: All you need to know as fans are welcomed back

Wilson: Random thoughts on the drive to Del Mar