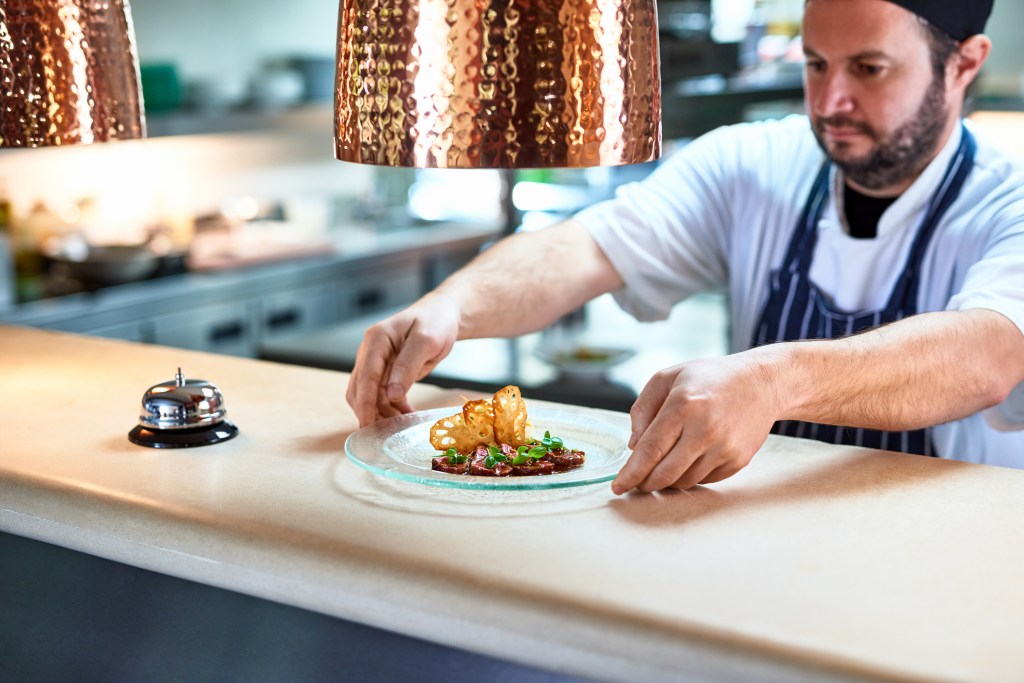 Get your fine dining fix in Cumbria (Picture: Getty Images)

A Lake District restaurant has today been named the best fine dining restaurant in the world as Tripadvisor announces the winners of its 2021 Travellers’ Choice ‘Best of the Best’ Restaurants awards.

And you don’t need to travel too far to try out many of the winners, including The Old Stamp House Restaurant, which won top spot in two categories worldwide; fine dining and date night.

At the heart of the Lake District village of Ambleside, housed in the former office of William Wordsworth, this intimate restaurant boasting a Michelin Star celebrates the food and cultural heritage of Cumbria.

Dishes include black pudding ‘bon bons’ and crab from the west coast of Cumbria.

London’s Scarlett Green was another UK eatery that took home a worldwide, as number one in the brunch category.

Craft Birmingham is another that cleaned up for 2021, offering British food in unique ‘pods’ to allow for social distancing.

‘It’s no secret that the restaurant industry has taken a hit over the past year or so, but the good news is that would-be diners all over the world are hungrier than ever to dine out again,’ said Martin Verdon-Roe, general manager of Hospitality Solutions at Tripadvisor.

Mum stores McDonalds, doughnuts and pizza for two years to prove they ‘never go off’

‘There is so much good out there to explore this summer and beyond and no matter what you’re craving, the Best of the Best Restaurants Awards is on hand to serve as a menu of options to satisfy your appetite.’

Check out the winners – here and across the world – below.

UK winner: Rio Brazilian Steakhouse, Newcastle
This category is for the UK only.

Places that look as good as the food tastes

This is a world-only subcategory but Craft, Birmingham takes number 19 in the world
Worldwide number one: Koral Restaurant – Bali, Indonesia

New restaurants getting some buzz

This is a world only subcategory but Craft, Birmingham takes spot 11 in the world
Worldwide number one: Asil Restaurant – Dubai

Set the mood with a table for two

Vegan food that will wow even meat lovers

Get in touch by emailing …read more

Love Island 2021 turns up the heat as more bombshells head to Casa Amor – is there trouble ahead for Hugo and Chloe?