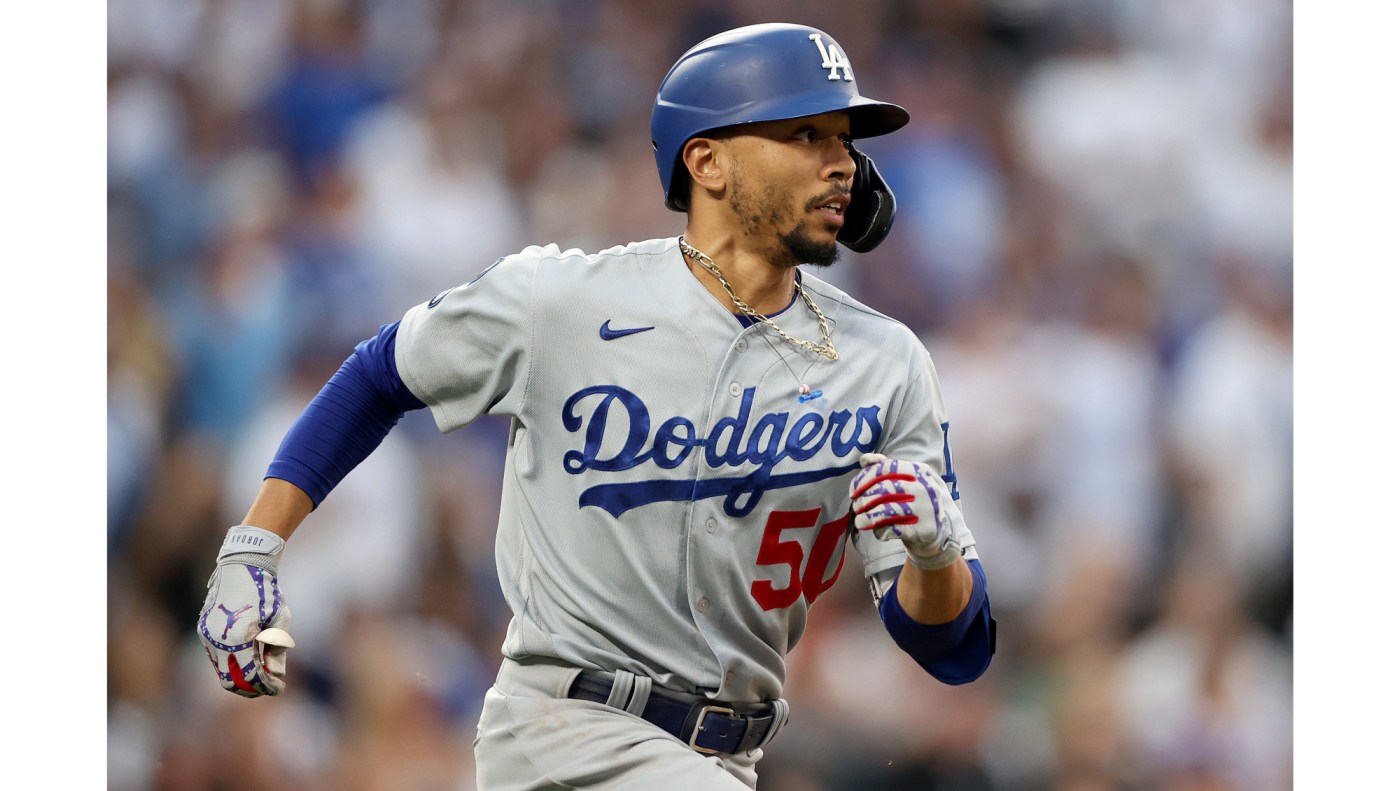 LOS ANGELES — Not for the first time, Dodgers manager Dave Roberts acknowledged over the weekend the importance of having Mookie Betts in his lineup.

“Certainly, we go as he goes,” Roberts said.

The Dodgers had to go without Betts in their starting lineup again Tuesday night against the San Francisco Giants. Betts was out for a third consecutive game with what Roberts described as “a hip pointer.”

“He’s frustrated,” Roberts said of Betts, who struck out as a pinch-hitter Monday, his first at-bat since leaving Saturday’s game in Colorado. “It’s something that, like we’ve talked about, he’s been battling with this hip pointer all year and the running in Colorado sort of got to him and kind of ticked it off and irritated it.

“He wants to be in there. Mookie understands the value of him being in the lineup … obviously the importance of the series. But when you can’t go out there and be yourself and run balls down in the outfield, score on a base hit from second base – we don’t want it to be more harm than good. So, to stay away from him, to not have him in there, is probably the best thing right now.”

Going into Tuesday’s game, the Dodgers were 9-8 when Betts wasn’t in the starting lineup for a variety of reasons including losses in six of the previous seven games he missed.

A Gold Glover in right field, the difference in the Dodgers’ offense without Betts is also obvious. With the 2020 NL MVP runner-up, the Dodgers have hit .250 as a team and averaged 5.4 runs per game. In those first 17 games without him in the starting lineup, they hit just .219 and averaged 4.76 runs per game.

Betts has acknowledged the hip irritation is one of the “nagging things” he has been dealing with all season and Roberts said it is worse now than it had been previously.

“Yeah, it is,” Roberts said. “It’s been there. We’ve managed it. But I think sometimes something triggers and it just gets inflamed. I don’t know what it was in particular but it’s kind of where we’re at right now. We’re just trying to manage it. Like I said, Mookie wants to be in there for his teammates. Just can’t do it right now. So hopefully each day that passes, we can get him in a better spot.”

Roberts has indicated at various times that injured shortstop Corey Seager could return during the Dodgers’ series against the Giants. Seager took at-bats in a simulated game setting Monday at Dodger Stadium and “feels good,” according to Roberts. But activation from the injured list is still pending.

“I just want the green light on the build-up, the hand, the soft tissue, feeling like when he gets out there, we can run him out there for six, seven days in a row. … There’s a lot of moving parts. But ultimately we’re just not quite there yet.”

Some of those …read more

Videos of bar lines wrapping around the block are going viral. We asked 5 NYC bar workers how they’re surviving the labor shortage.