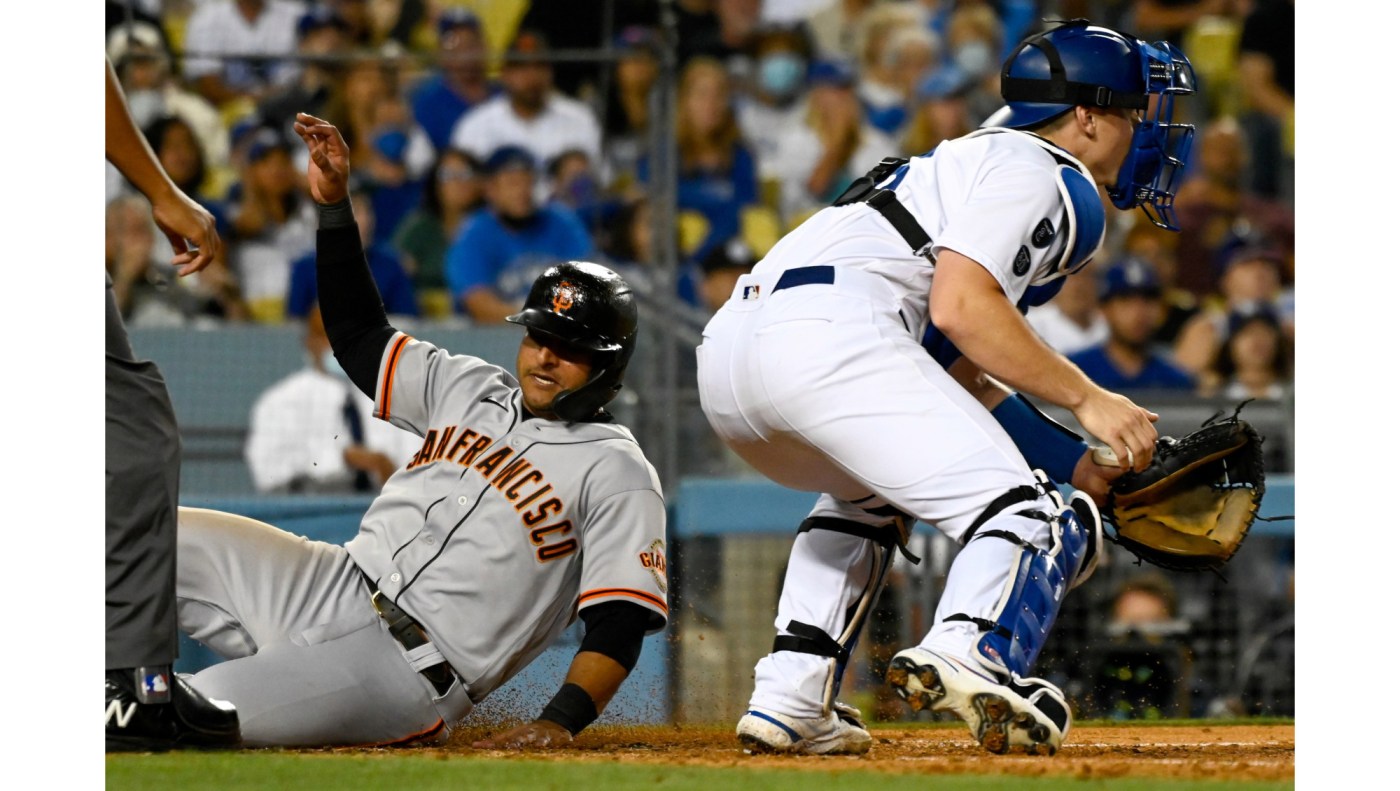 LOS ANGELES — Thairo Estrada, a 25-year-old infielder from Venezuela, was briefly out of work when the Yankees designated him for assignment in April. He was traded to the Giants for cash a few days later.

Flash forward a few months, a few trips back and forth from Triple-A. Estrada found himself replacing an injured All-Star, Brandon Crawford, in a pivotal game at Dodger Stadium on Monday night. First place in the National League West was on the line.

Not long ago, it seemed the Dodgers had cornered the market on their depth players coming through in the clutch. Never mind that Estrada was a journeyman with a .214 batting average when the season began. He slapped a bases-clearing double to the outfield against Victor Gonzalez, the dagger in the Dodgers’ 7-2 defeat before an announced crowd of 50,970.

The Dodgers knocked out Kevin Gausman, the Giants’ top starter, after three innings. The Giants knocked out Tony Gonsolin (1-1) in the fourth. The bullpens took it from there with the Dodgers trailing, 3-2.

While the Giants threatened often, they did not score again until Gonzalez took over in the seventh inning. It was the left-hander’s first game back from a bout with plantar fasciitis that relegated him to the 10-day injured list.

Gonzalez faced six batters and allowed four hits, including a pair of doubles – by Estrada and Austin Slater – that broke the game open.

The Dodgers’ offense did the bullpen no favors. They did not record a hit between Zach McKinstry’s double to lead off the second inning and AJ Pollock’s single to begin the ninth. The Giants outhit the Dodgers, 12-4.

So it was that the Dodgers (58-37) fell two games out of first place in the National League West. They’re 3-4 against the Giants (59-34) at home this season. The longtime rivals have the best records in MLB.

Both teams hit back-to-back home runs in the first inning.

In the bottom of the first, Max Muncy greeted Gausman with a solo home run, a towering fly ball that nudged its way inside the right field foul pole. Of Muncy’s 38 career hits against the Giants, 16 are home runs. Eight of Muncy’s 22 home runs this season have come against the Giants.

It took Chris Stuck 20 years to get published. Now he’s not holding back.

Can you see who views your TikTok videos? No, but here’s what you can see on the social media app