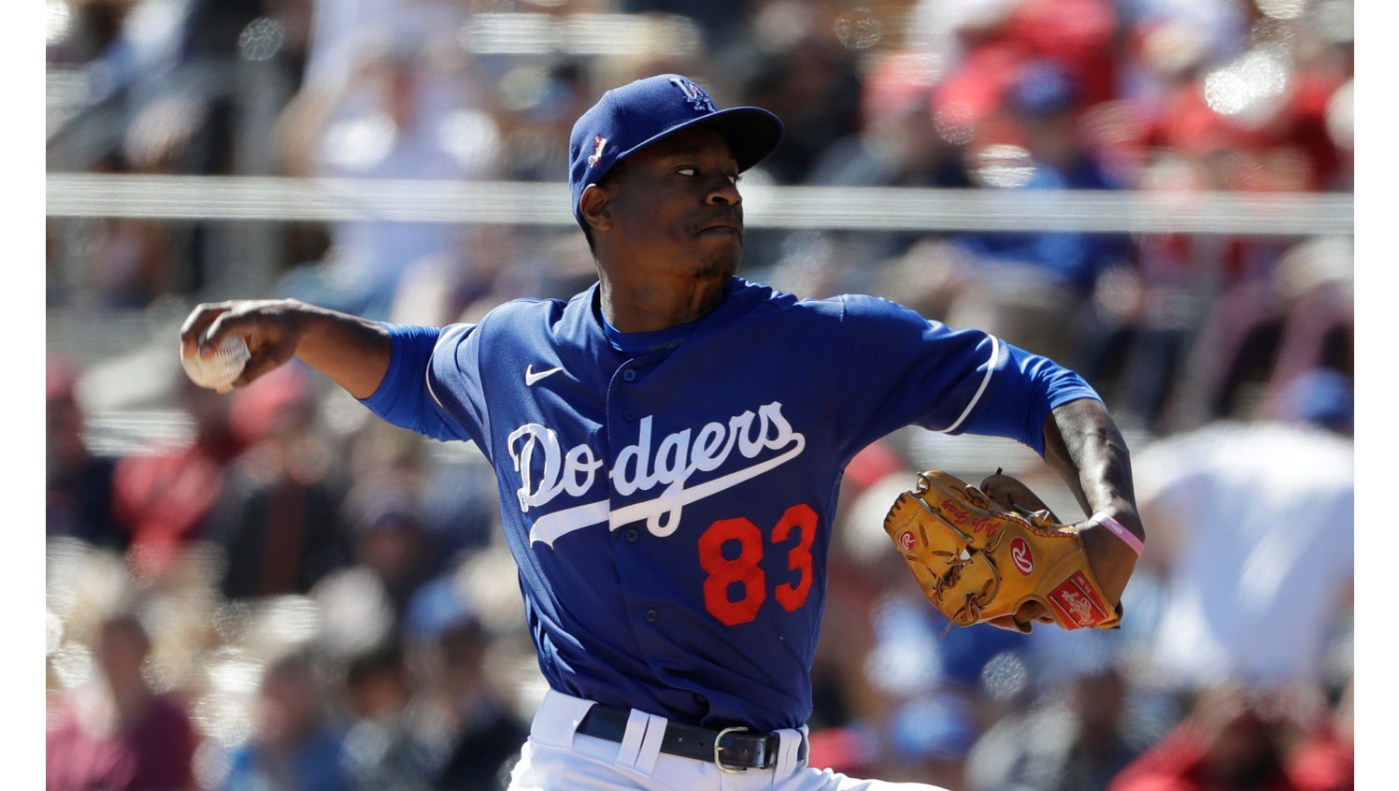 LOS ANGELES ― Josiah Gray and Zach Reks carpooled to Dodger Stadium on Monday, the longtime Triple-A roommates picking up where they left off in Oklahoma City.

“It’s such a cool opportunity for him,” Reks said. “I’m so glad he finally got the call. You can just tell he’s feeling a little bit nervous. He’s got those butterflies. It’s awesome to see that.”

Gray will make his major league debut Tuesday. The 23-year-old right-hander is expected to start against the San Francisco Giants, the first-place team in the National League West. Manager Dave Roberts left open the possibility that the Dodgers might use an “opener” on the mound, with Gray appearing out of the bullpen shortly after.

In any event, the game will mark the highly anticipated debut of the Dodgers’ premier pitching prospect, whom they acquired from the Cincinnati Reds in a Dec. 2018 trade for Yasiel Puig, Matt Kemp, Alex Wood and Kyle Farmer. Coincidentally, Wood is starting Tuesday’s game for the Giants.

Gray might have debuted sooner were it not for a bout of shoulder soreness that prevented him from pitching in a game between May 6 and July 4. He’s made three Triple-A starts since returning, throwing 10-2/3 innings and allowing three runs – all in his most recent outing Thursday against Reno.

Triple-A hitters have batted .145 (8 for 55) against Gray overall, with 22 strikeouts and only two walks.

“Obviously with a player like Josiah we’re very careful as far as ramping him back up, the rest,” Roberts said. “There’s no signs of the previous injury, if you want to call it. I think we’ve been very good with the ramp-up and where he’s at. We feel good right now.”

If Gray starts, he’ll become the 13th different pitcher to start a game for the Dodgers this season. In his last full season, 2019, Gray advanced three levels in the Dodgers’ organization and went 11-2 with a 2.28 earned-run average.

Gavin Lux was placed on the 10-day injured list with a left hamstring strain, and Reks was activated after spending the previous three days on the Dodgers’ taxi squad in Denver.

Lux suffered the injury Sunday. Roberts did not have specifics on the severity of the injury when he spoke to reporters via Zoom on Monday afternoon, but he did not sound optimistic about a speedy return.

“Where he was at, it was pretty clear it was going to be an IL (placement) and it’s going to take some time,” Roberts said of Lux.

Lux is hitting .227 with six home runs and 37 RBIs in 82 games. He took over as the Dodgers’ primary shortstop when Corey Seager fractured his hand on May 28, seeing time at the position in 51 of 53 games.

The 5 best hanging shelves for closets

Americans are binging on big houses, and it’s locking millennials out of the housing market