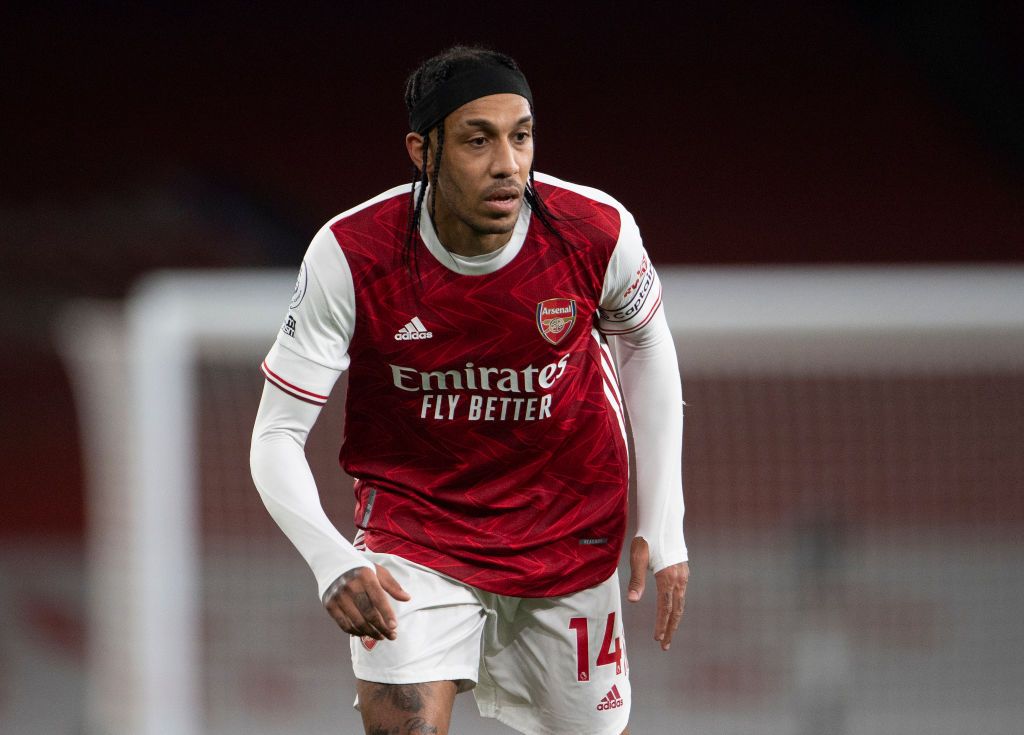 Pierre-Emerick Aubameyang was left on the bench on Thursday night (Picture: Getty Images)

Arsenal manager Mikel Arteta has left Pierre-Emerick Aubameyang on the bench for the first leg of the Europa League quarter-final clash with Slavia Prague on Thursday, saying his captain is not in the starting XI best equipped to win the match.

The 31-year-old started the 3-0 defeat to Liverpool in the Premier League at the weekend, a team performance that Arteta was far from happy with.

The forward, who has scored 13 goals in all competitions this season, has subsequently been dropped for the crucial meeting with the Czechs at the Emirates.

Arteta suggested that he would be calling on the former Borussia Dortmund man later in the game, but that he is not in the best team available to him to pick from the start.

‘We had to pick the right team to try to start the game the best possible way,’ Arteta told BT Sport.

‘And have the options to change the game because Europe gives you the possibility to make five subs and that’s a big thing.

‘We wanted to use the full squad in the best possible way.’

Arsenal legend Martin Keown feels this was a clear message that he doesn’t see Aubameyang in his best XI at the moment, and the former defender agrees with that assessment.

‘He feels Aubameyang is not good enough to be in the team at the moment,’ Keown said on BT Sport. ‘I think he’s right, that’s a big call but it has to be made.’

Former Arsenal and England winger Karen Carney feels it is a worrying development for the future of Aubameyang under Arteta.

‘That’s worrying,’ she said. ‘But given the performance we saw at the weekend he had to make changes and Aubameyang has been a casualty of that, along with a couple of others.’

Perfecting self-driving cars — can it be done?