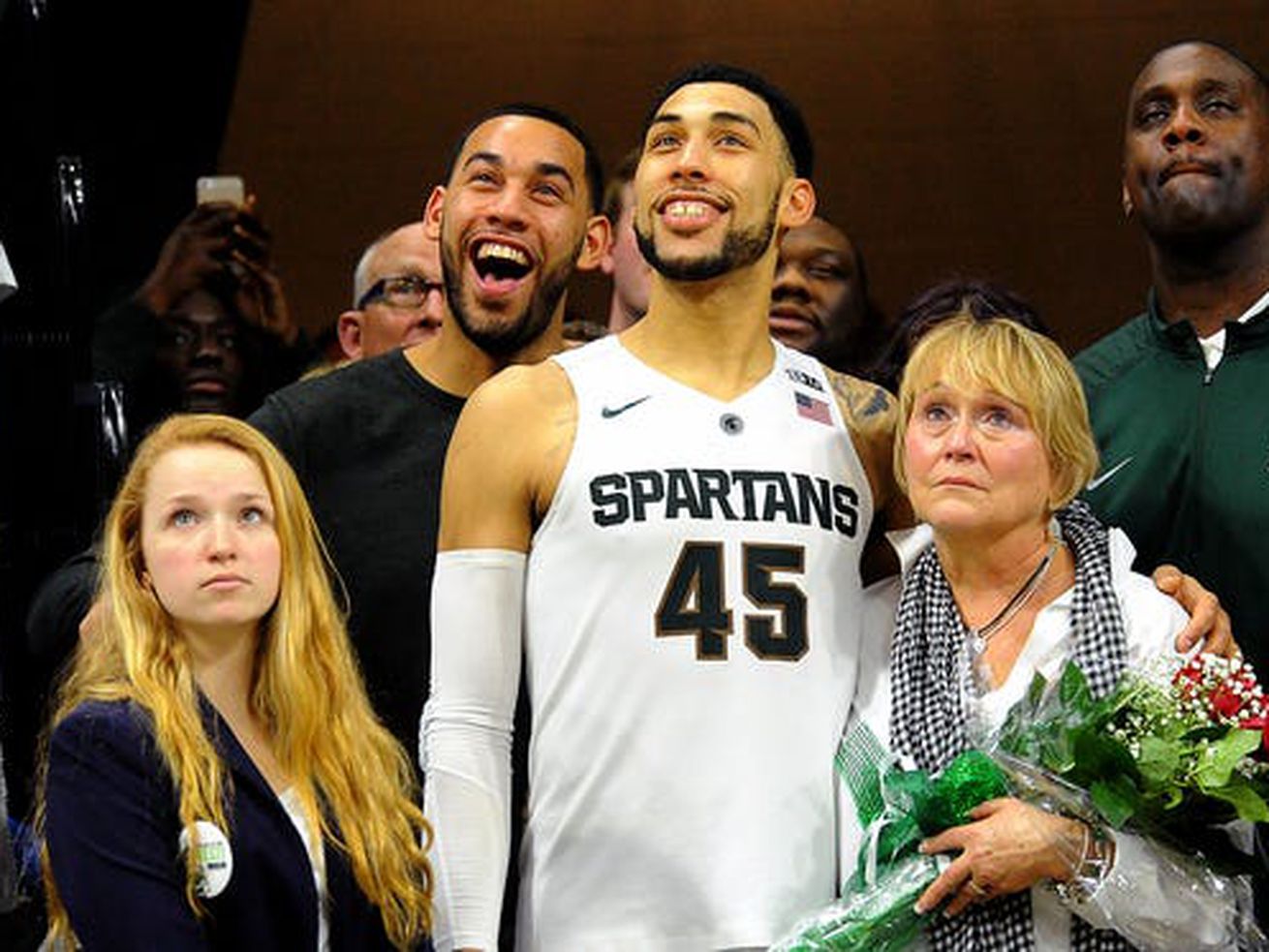 According to the Bulls guard, he would not have his success if not for big brother, and the Ramblers program made the right decision in promoting Drew Valentine to head coach.

Denzel Valentine is obviously biased when it comes to Loyola basketball and its new head coach.

But the way the Bulls guard sees it, he wouldn’t be where he was if it wasn’t his older brother, Drew, and neither would the Ramblers program over the last four years.

Drew became the program’s new head coach with the departure of Porter Moser to Oklahoma, and on Tuesday, Denzel was raving about the school’s decision.

“He knows his analytics, he knows X’s and O’s, he knows how to talk to people,’’ Denzel said in a Zoom meeting after the morning shootaround. “Even when we go on vacations and stuff like that, he’s just organized and stuff. We always look to Drew, ‘Drew, what should do? What restaurants should we go to?’

“Probably wouldn’t be where I’m at right now if he wasn’t [a graduate manager] at Michigan State, helping me out. So I give a lot of credit to him for my success, and I think he’s going to push those guys and that team to a new level and I think he’s ready to take on this job.’’

As an assistant at Loyola, Drew was the de facto defensive coordinator, but according to Denzel, he’s much more than that as a coach. Not only does he feel big brother has some old school coaching DNA in him, but because he’s only 29, also relates to today’s players.

Denzel even went onto say that a with a Final Four appearance in 2018 for Loyola, and then a Sweet 16 run this year, it’s easy to connect the dots. The program’s recent success came once Drew joined the staff at the start of that 2017-18 campaign.

“It doesn’t surprise me because he puts in the work, he has incredible knowledge for the game, and he just has that ‘it’ factor,’’ Denzel said. “And I think when he came to Loyola, he brought that ‘it’ factor to this team and to that program, and I think he has a lot to do with their success and I’m glad he got the job.’’

As far as Denzel following in the footsteps of big brother, as well as his father, Carlton, who also coached, that’s a discussion for another day.

Lauren Goodger rushed to hospital after not feeling baby move: ‘I didn’t feel myself’