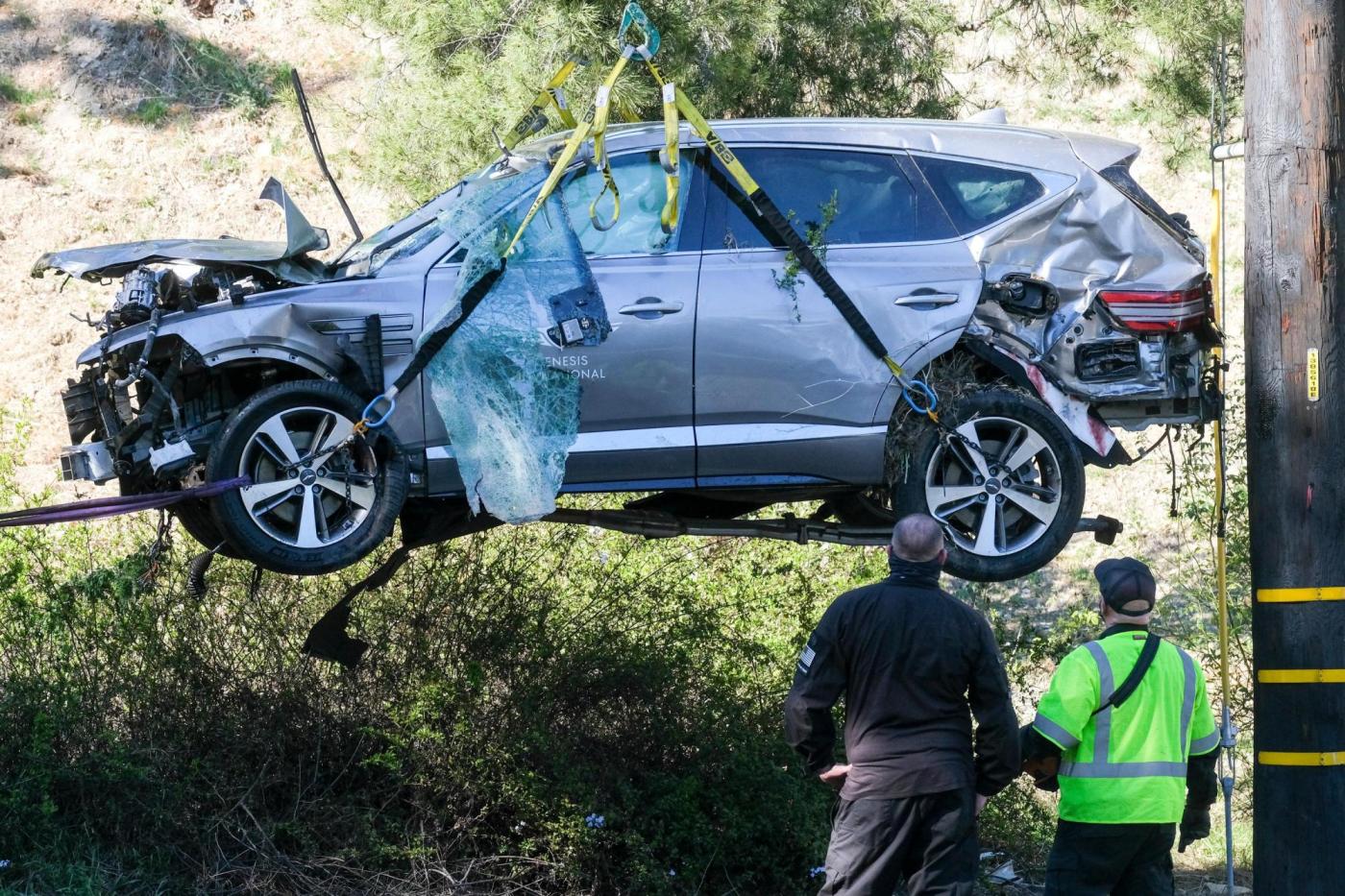 LOS ANGELES (AP) — Authorities say Tiger Woods was speeding when he crashed an SUV in Southern California less than two months ago, leaving him seriously injured.

The golf superstar was driving 84 to 87 mph on a downhill stretch of road outside Los Angeles that had a speed limit of 45 mph, Los Angeles County Sheriff Alex Villanueva said Wednesday.

The stretch of road is known for wrecks and drivers hitting speeds so high that there is an emergency exit for runaway vehicles just beyond where Woods crashed.

Villanueva blamed the Feb. 23 crash solely on excessive speed and Woods’ loss of control behind the wheel.

Detectives did not seek search warrants for the athlete’s blood samples, which could have been screened for drugs or alcohol. Investigators, however, did search the SUV’s data recorder, known as a black box, in the days after the crash.

Woods is in Florida recovering from multiple surgeries.

Originally from the Los Angeles area, Woods had been back home in February to host his PGA tournament, the Genesis Invitational at Riviera Country Club.

He was driving an SUV loaned to him by the tournament when he struck a raised median. The SUV crossed through two oncoming lanes and uprooted a tree.

LOS ANGELES (AP) — Authorities planned to announce Wednesday what caused Tiger Woods to crash an SUV in February in Southern California, a wreck that seriously injured the golf superstar.

Los Angeles County Sheriff Alex Villanueva previously said detectives had determined the cause of the crash, but he would not release it, citing privacy concerns and a purported need for Woods’ permission to divulge information.

The sheriff planned to discuss the findings of the investigation, including “causal factors,” during a news conference Wednesday morning in Los Angeles, the sheriff’s department said in a statement.

It was not immediately clear whether Woods had any involvement in the expected announcement.

Documents show that Woods told deputies he did not know how the crash occurred and did not remember driving. At the time of the wreck, Woods was recovering from a fifth back surgery, which took place two months earlier.

Woods, who is originally from the Los Angeles area, had been back home to host his PGA tournament, the Genesis Invitational at Riviera Country Club, when the crash happened on Feb. 23.

He was driving an SUV loaned to him by the tournament when he struck a raised median in Rolling Hills Estates, just outside Los Angeles. The SUV crossed through two oncoming lanes and uprooted a tree on a downhill stretch that police said is known for wrecks.

That part of the roadway — where the speed limit is 45 mph (72 kilometers per hour) — is known for drivers hitting high speeds, sometimes unintentionally. An emergency exit is available for runaway vehicles just beyond where Woods crashed.

The athlete is in Florida recovering from multiple surgeries, including a lengthy procedure for shattered tibia and fibula bones in his lower right leg in multiple locations. Those were stabilized with …read more