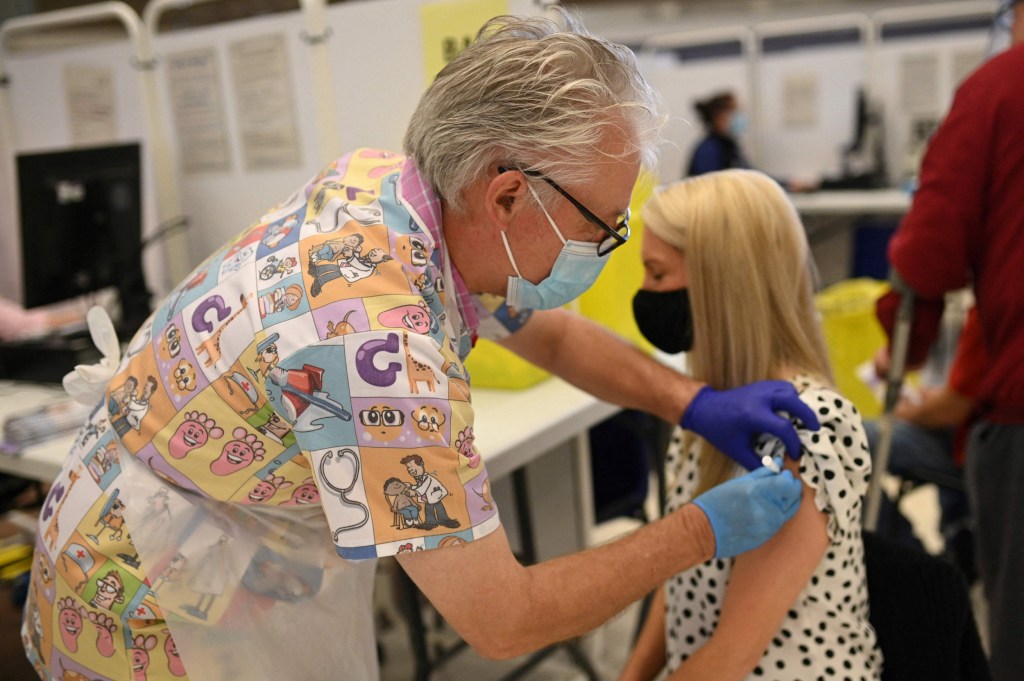 Sage scientists have warned that stage four of easing the lockdown from June 21 could trigger a third wave of infections and deaths (Picture: AFP/Getty)

A third Covid wave is ‘highly likely’ once the UK fully comes out of lockdown in the summer, Government scientists have warned.

The Scientific Advisory Group for Emergencies (Sage) said the proposed changes for May and June, when social mixing is set to be permitted again, could cause hospital admissions to hit levels seen in January.

In papers made public last night, Sage scientists modelled that stage two of the roadmap next week – the reopening of non-essential shops and outdoor hospitality – is unlikely to exert pressure on the NHS.

But while stage two is not predicted to have a big effect on infections, it is the lifting of the final stage four on June 21 that is expected to trigger a third wave in late July to early August.

Experts at the London School of Hygiene and Tropical Medicine said this could ‘lead to a larger surge of cases and deaths comparable to that seen during the first wave’.

They cautioned their findings were ‘preliminary’ and made ‘pessimistic assumptions’ about the later stages of the road map.

But scientists at the University of Warwick also warned that a ‘distinct third wave of infection’ would arise due to the current rate of planned unlocking, with hospital admissions peaking between late July and mid-August.

Despite these warnings, Boris Johnson said he plans to stick ‘like glue’ to his plan for easing restrictions.

The Prime Minister confirmed shops, hairdressers and beer gardens will reopen from April 12 in England, adding he had seen ‘nothing’ to change his plan to scrap all restrictions by June 21 at the earliest.

It comes as England’s chief medical officer Professor Chris Whitty warned that coronavirus ‘will be with us for the foreseeable future’ while chief scientific adviser Sir Patrick Vallance suggested the pandemic could result in long-term changes in behaviour.

Sir Patrick said better hand hygiene, regular Covid testing and staying away from work when feeling ill were ‘likely to be important baseline measures’ in the future.

Man, 34, charged after two-week-old baby died when pram was hit by car

Stage two of lockdown easing will see some premises allowed to reopen from next week, including non-essential shops, hairdressers and nail salons, gyms, while independent or household visits to libraries, community centres, zoos, theme parks and drive-in cinemas will also be allowed.

Self-contained accommodation including campsites and holiday lets will be permitted to receive guests, and bars and restaurants will be allowed to serve customers outdoors, but groups will be limited to two households or the rule of six.

Get in touch with …read more