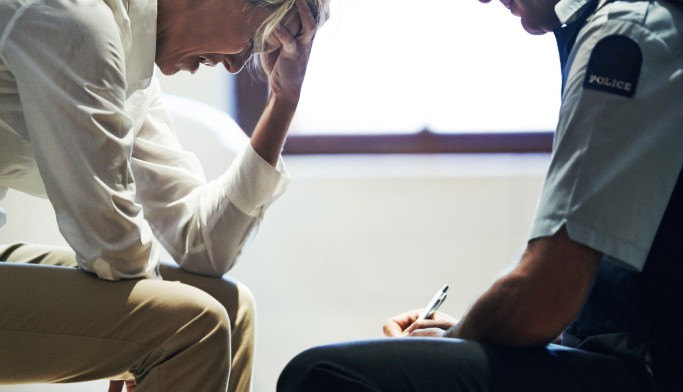 Women who have been sexually assaulted are subjected to exhausting, doubt-raising questions (Picture: Getty Images)

Women who have been sexually assaulted are subjected to exhausting, doubt-raising questions. Asked not only by the police, but by wider society and even their friends and family.

There has been much – but not yet enough – discourse on this topic in the public domain, highlighting how damaging such questions over a victim’s behaviour (rather than focusing on the attacker’s actions) can be.

When the interrogation over a sexual assault itself subsides, questions about a victim’s post-trauma behaviour often take its place.

There is no set way for a woman to respond to sexual assault, domestic violence or rape. There is no right or wrong way to deal with it.

Trauma responses vary both in their type and severity and they can appear in a multitude of ways. They may also change over time, or rear their ugly head on an idle Thursday afternoon after months of feeling free from their grasp.

Years ago, I was sexually assaulted in my sleep. Because I was still able to have sex with other men after the assault, and didn’t feel an aversion to sexual intimacy, I presumed that I hadn’t been deeply affected by the incident. I brushed it off. Came up with as many excuses as I could to explain why he did what he did, and ultimately blamed myself for ‘letting’ it happen.

I found myself thinking about my attacker in a good light. I minimised his actions, framed him as a good person and even fantasised about being with him – and I hated myself for it.

I spoke to a friend about my confused feelings and instead of the ‘that’s messed up’ reply I expected to hear, she confided in me that she had the same thoughts about a man who had sexually assaulted her. Yet we had never heard of this trauma response being spoken about in the public sphere.

In the process of researching other trauma responses, I was alerted to the concept of ‘hypersexuality’, which I hadn’t come across before. At first, I presumed it to be synonymous with nymphomania or sex addiction, but in relation to trauma response, it is far more nuanced.

Hypersexuality is a topic that is not often discussed or understood, and as such, its definition varies. Researching, I discovered the ‘i am EMPWR’ social media community and podcast which supports survivors of sexual trauma and gathered that hypersexuality pertains to compulsive, impulsive, obsessive or ‘risky’ sex, often in response to a sexual assault or rape.

It is frequently presumed that victims who experience PTSD as a result of sexual trauma will be avoidant of, or triggered by, sex. It is also largely presumed that a victim will have a sense of repulsion towards their attacker.

Stock Market: Suez Canal Update! Floating!
Simon McCoy finally explains what he was doing with that ream of paper on BBC News 9 years after gaffe

The nine photos that shame Boris Johnson and his cronies

Man in his 50s killed in accident with steamroller