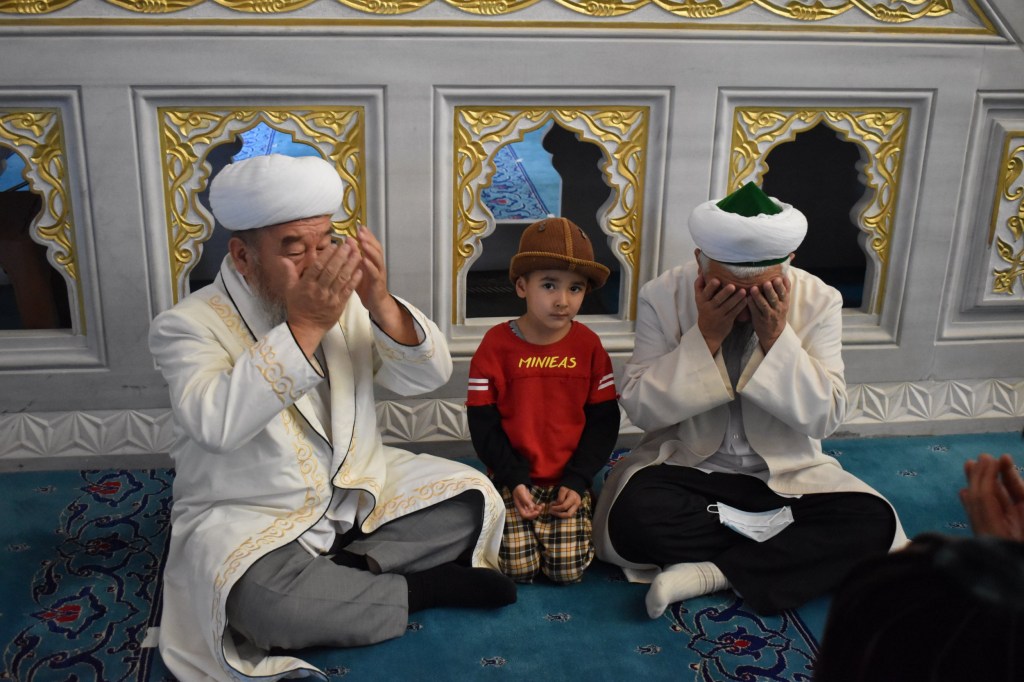 Today is the first day of Eid al-Adha, which is celebrated by Muslims across the world (Picture: Guliza Urustambek Kizi/Getty)

During Eid al-Fitr and Eid al-Adha you will notice many people saying ‘Eid Mubarak’ to one another.

Eid al-Fitr, means ‘festival of the breaking of the fast ‘– it is celebrated at the end of Ramadan, the month during which many adult Muslims fast.

Eid al-Adha is celebrated just over two months later – it means ‘feast of the sacrifice’ and takes place at the same time as many Muslims perform the Haji pilgrimage.

Eid al-Adha celebrations have begun today and will last for the next four days.

The traditional greeting for both of these is ‘Eid Mubarak’ which is used by Muslims during the holy festivals around the world.

What does it mean – and how can you wish someone a happy Eid?

What does ‘Eid Mubarak’ mean?

That is the literal translation but it can be translated as ‘have a blessed holiday’ or simply ‘Happy Eid’.

The greeting is more of a cultural tradition than a religious requirement, but it is very common during the the two religious holidays.

Is there a reply to ‘Eid Mubarak’?

If someone says Eid Mubarak to you, it is polite to respond by saying ‘Khair Mubarak’, which wishes goodwill on the person who greeted you.

You could also say ‘JazakAllah Khair’ which means thank you, but literally translates as ‘May Allah reward you with goodness’.

MORE : ‘My body, my choice’: Why doesn’t it seem to apply to Muslim women wearing hijabs?

Stock Market: Suez Canal Update! Floating!
These brand new restaurants and pubs in London are well worth a try this summer