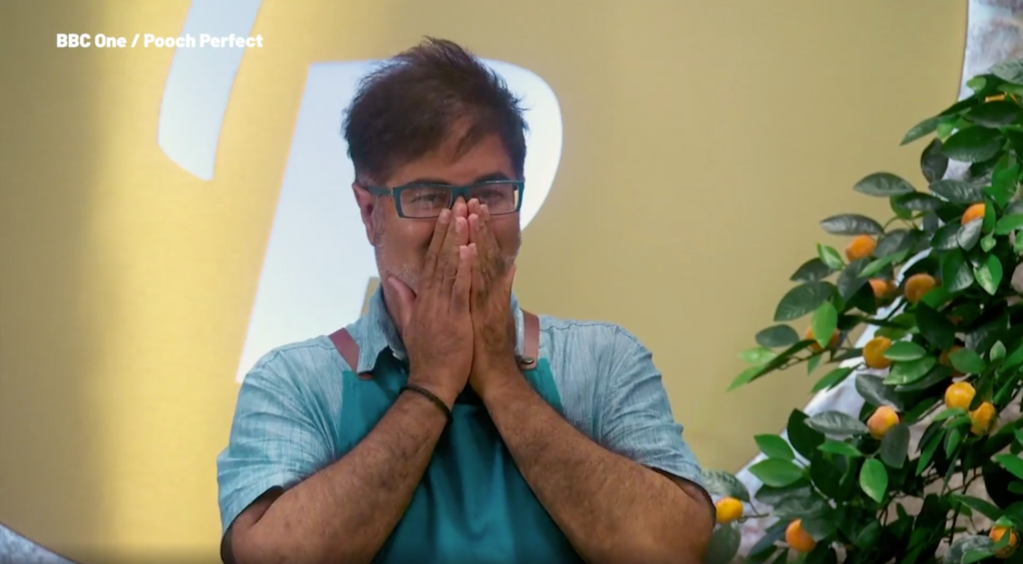 Pooch Perfect fans have shared their delight over contestant Lakhi being named best in show at the end of the latest episode, commending him on his ‘brilliant’ dog grooming skills.

During the second instalment of BBC One’s new show, dog groomers Tanya, Hannah, Tom and Lakhi were first tasked with taking on the immense challenge of grooming a pack of hairy Alaskan Malamutes.

While Lakhi was put in the ‘dog house’ for his efforts, he had a chance to redeem himself when he and his fellow competitors were presented with the challenge of giving a group of puppies their first haircuts.

Lakhi did a stellar job styling his poodle, earning the best in show accolade from the judges as host Sheridan Smith watched on proudly.

Several Pooch Perfect viewers congratulated Lakhi on his achievement, with one person saying that they felt ‘chuffed’ for him.

‘Lakhi’s poodle pup was brilliant, so pleased for him!’ one person tweeted.

‘Well done Lakhi, that poodle transformation was great!’ another said.

Someone else wrote: ‘I am SO chuffed Lakhi went Best in Show this week.’

Another stated: ‘Aww huge congrats to Lakhi and Hannah, they definitely deserved to go through this week!’

Lakhiâs poodle pup was brilliant, so pleased for him! #poochperfect

aww huge Congrats to Lakhi and Hannah, they definitely deserved to go through this week! #PoochPerfect ððð¶ x

Earlier on in the episode, Lakhi spoke about leaving his home in Birmingham at 16 after coming out to his family.

After training to become a mental health nurse and working in elderly care, Lakhi pursued his passion for dog grooming, going on to open his own salon.

It was recently announced that Pooch Perfect is to be released in the US, with Pitch Perfect star Rebel Wilson hosting the show.

The actor will be joined by reality star Lisa Vanderpump, who will be one of the three judges.

Pooch Perfect returns next Thursday at 8pm on BBC One.

If you’ve got a celebrity story, video or pictures get in touch with the

The winningest high school basketball programs of the decade: No. 18 Orr