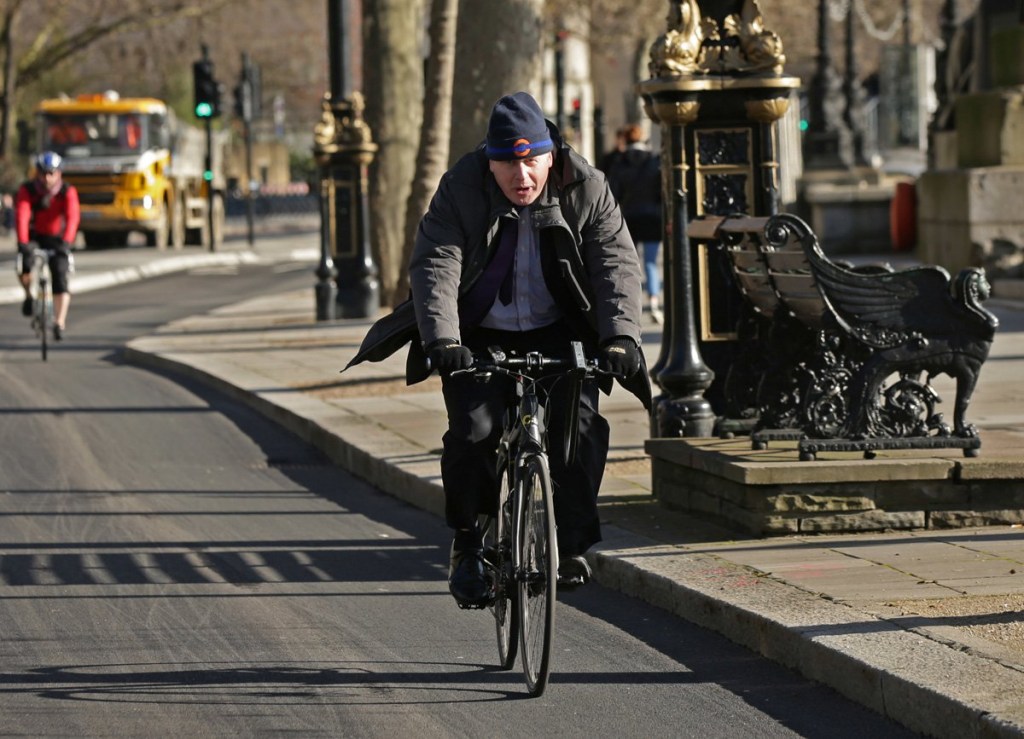 Daily exercise should be ‘quick’ and ‘close to home’ but bike rides of 70 miles are acceptable, the policing minister has said.

Kit Malthouse was accused of sending conflicting messages to the public in interviews this morning amid widespread confusion over the Government’s ‘stay local’ rule.

It comes after Boris Johnson was accused of breaking his own Covid rules as he was spotted cycling more than seven miles away from Downing Street.

The rules were muddled even further when ministers backed police who fined two women £200 each for driving five miles for a walk – a move Derbyshire officers have since gone back on.

Speaking to on LBC this morning, Mr Malthouse defended the PM, saying his bike ride was ‘perfectly reasonable’ as he didn’t interact with anybody’.

He said the meaning of local is ‘open for interpretation’ but added it ‘certainly doesn’t mean crossing the country to drive to Snowdonia which we’ve seen happening, or up to the Peak District or whatever it might be’.

On the same morning, he told BBC Breakfast that exercise should be ‘quick’ and ‘close to your home’.

However, within hours he had told another news outlet that bike rides of 50 to 70 miles could count as local.

Speaking to Sky News, he said: ‘Yes. What we’re asking people to do when they exercise is stay local.

If you can get there under your own steam and you’re not interacting with somebody and if you’re genuinely taking exercise and not going out for social purposes, then that seems perfectly reasonable to me.

‘The key thing though that we’re asking people to think is, as they step across the threshold with their bike, or whatever it may be, is to ask themselves “do I really need to go out? Am I genuinely taking exercise for my health or am I sort of trying to stretch the rules and get round them?”

‘It’s totally critical in the next few weeks that we all take this responsibility so seriously so we can drive this number down. I know that the vast majority of the British people will do exactly that.’

Mr Malthouse has slammed Covidiots who are ‘are frankly letting the rest of us down’ by searching for loopholes in the Government’s Covid rules.

He described the row over ‘staying local’ as a ‘scotch egg’ moment, referring to the debate over what counts as a ‘substantial meal’ in tier two lockdown.

He said: ‘I understand this is a sort of Scotch Egg moment where people are searching for loopholes and problems in the rules.’

Speaking to Sky, he added: ‘Whether there are …read more

Mesut Ozil and Arsenal reach agreement to terminate his contract

Vanessa Bryant opens up on grief ahead of anniversary of Kobe and Gianna’s death: ‘Find your reason to live’