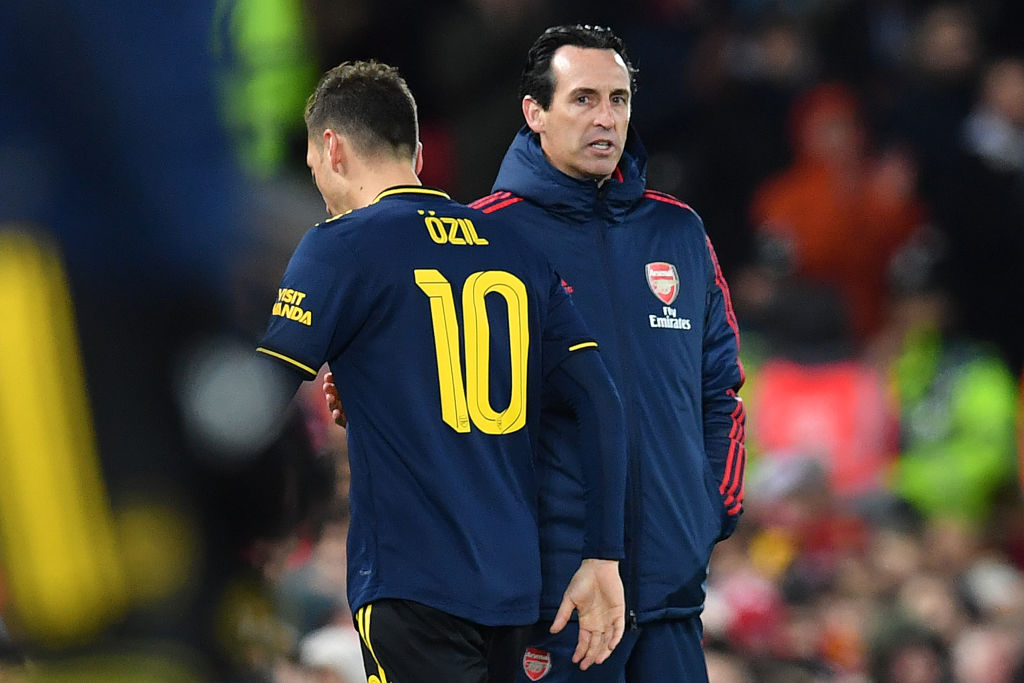 Unai Emery insists he gave Mesut Ozil all the support and guidance he could in order to make his relationship with the troubled Arsenal star function.

The pair endured a fractious relationship over the course of the Spaniard’s turbulent 18 month reign at the Emirates, with Emery dropping the club’s highest earner from a series of high-profile matches, particularly away from home, citing the German’s lack of physicality.

Ozil was frozen out at the start of last season before Emery performed an embarrassing U-turn and recalled the former Real Madrid playmaker in a bid to salvage his job.

Ultimately, the 32-year-old’s recall failed to spark Arsenal back into life and Emery was sacked last December. Ozil appeared likely to re-emerge as a central part of Mikel Arteta’s rebuild but has again been exiled by his current manager and is likely to join Fenerbahce before the end of the month.

Defending his treatment of Ozil, Emery, now in charge of Villarreal, told Football.London: ‘I worked for one and a half years with Mesut and tried to help him, support him and achieve the performances for the team with him.

‘Now I don’t know what the problems are as I am very concentrated and focused with Villarreal.

‘I follow every Arsenal match but I don’t know what the problems are with the team or the players. I can only speak about Mesut Ozil when I was with him there and I tried to achieve the best performances with him.’

Ozil hasn’t featured in a competitive game for the Gunners since March and despite the clamour for his reinstatement, which grew prior to a run of four straight wins, Arteta insists he remains comfortable with his decision, but remained coy on the player’s future.

‘We can resolve the situation one way or another,’ he said earlier this week. ‘It’s always good to know what you’re going to do and what is going to happen.

‘I knew when I made the decision the consequences that we could have. We still have to try to find the right solution for the player and the club.

‘My understanding is that nothing has changed from the last press conference. That Edu and the club are having some conversations about the near future and the long-term future. And when we know something we will announce it.’

MORE : Rob Holding reveals how Mikel Arteta convinced him it would be ‘stupid’ to leave Arsenal

For more stories like this, check our …read more