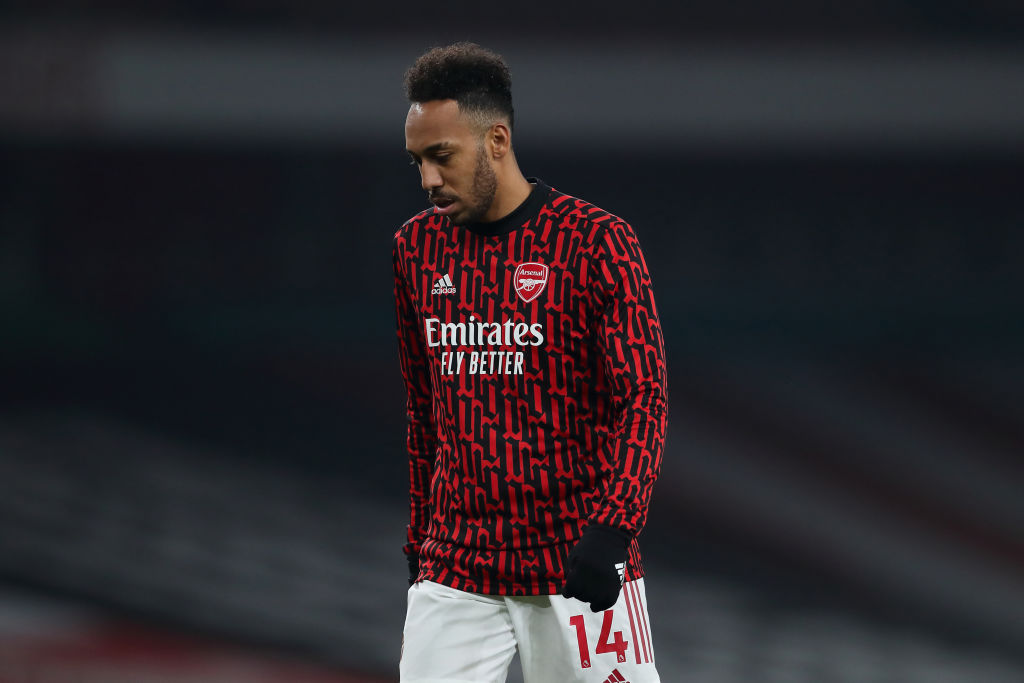 The striker’s goal tally has dropped significantly during a barren run in front of goal (Picture: Getty)

Pierre-Emerick Aubameyang has opened up on his struggles for Arsenal this season and suggested his exertions last year coupled with the tiny summer turnaround have been a big factor.

The Gunners’ skipper has been lethal in front of goal for much of his time in England but has lost his scoring touch in recent months, netting just three goals in 15 Premier League appearances.

But an FA Cup goal against Newcastle at the weekend will have boosted his confidence and he firmly believes he can get back to his best, having been drained at the start of the campaign from last season’s exploits.

Aubameyang was back among the goals in the FA Cup third round (Picture: Getty)

‘From the beginning of this season I was struggling a lot but I think this is part of football,’ he told Sky Sports.

‘We gave a lot at the end of the season to win the FA Cup and to qualify for the Europa League because it was really important for the club.

‘Sometimes you have ups and downs and you have to manage as best you can. I tried my best and until now it was not the best performance from me.

‘I’m still positive. I think I can turn this around.’

On the difficulty of captaining the team when you are struggling yourself, he continued: ‘It’s really hard to manage both but you have to be as positive as you can because the team needs you.

‘I always try to give my best, not only on the pitch but also in the dressing room for the guys.

Aubameyang has not let his lack of goals get him down (Picture: Getty)

‘Sometimes it’s hard and maybe you are not in the right mood but you have to find a way to change it and give positive vibes for the guys.’

He added: ‘At the moment we are playing well and we have to follow this way. If we win the couple of games that are coming we can turn around the situation.

‘We are not so far from the top six so this is the moment to be back in the competition.’