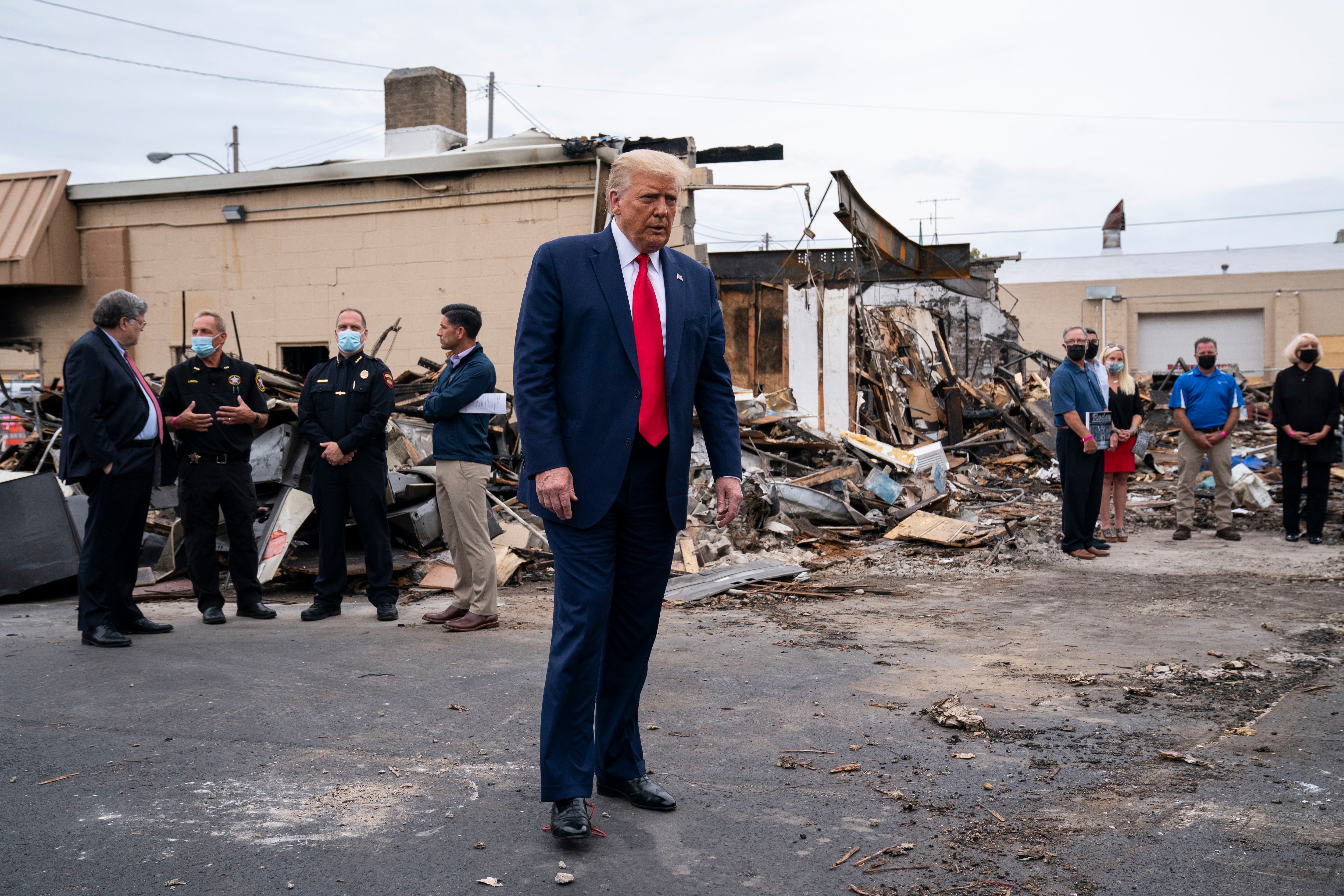 Wisconsin Democrats, stung by President Donald Trump’s narrow win four years ago, are confident the lessons they learned will ensure he doesn’t do it again.

But Republicans say civil unrest that followed a police shooting in Kenosha, and Trump’s “law and order” message, will help him win over the crucial white suburban voters he needs to capture a second term.

With less than two months to go until the election, the presidential race is focused on Wisconsin and other battleground states that will likely determine the winner. Republicans and Democrats in Wisconsin expect another close race, just like three of the past five presidential elections that were decided by less than a point in the swing state.

“This is going to be a fistfight in the mud until the very end, scrapping for every vote,” said Republican strategist Brian Reisinger.

Democrat Joe Biden has led Trump by 4 to 6 points in the past four Marquette University Law School polls of likely Wisconsin voters between May and September. Attitudes didn’t change this month even after both Biden and Trump visited Kenosha, where the Aug. 23 shooting of Blake sparked three nights of protests and unrest that culminated with the shootings of three demonstrators, two of whom died. A 17-year-old Trump supporter is accused of the shootings.

The Biden lead is consistent with where Hillary Clinton was at this point four years ago. She went on to lose by fewer than 23,000 votes.

While the coronavirus pandemic largely grounded the candidates for much of the spring and summer, both sides are increasing their travels to Wisconsin. Trump was in Kenosha last week to thank police for their response to protests after a white police officer shot Jacob Blake, a Black man. Biden came to Kenosha two days later, meeting with members of Blake’s family and holding a community discussion about the shooting and racial tensions. Their running mates later made their own visits.

Clinton never campaigned in Wisconsin after losing the state’s primary in 2016. Democrats say she was overly confident, given Barack Obama’s two big wins in Wisconsin. Ben Wikler, the Wisconsin Democratic Party chairman who took over after Clinton’s defeat, said the party has been working to avoid a repeat.

“When the results came in on election night in 2016, the ground gave way and we were in a free fall,” Wikler said. “Starting the next day we started figuring out how this happened and how it can never happen again.”

Democrats launched a year-round organizing program in 2017, building neighborhood teams to interact with voters on a more personal level. Wikler said those efforts paid off with victories for every statewide office in 2018 as well as Wisconsin Supreme Court wins in 2018 and 2020.

Wisconsin Republican Party Chairman Andrew Hitt said the Trump campaign built its infrastructure in the state earlier and more aggressively than four years ago, with up to four times the number of staff.

Both Biden and Trump are fighting hard for white suburban Milwaukee voters, who have become …read more

Lifting off in a storm: How Salt Lake City’s new airport is ushering in the future of air travel