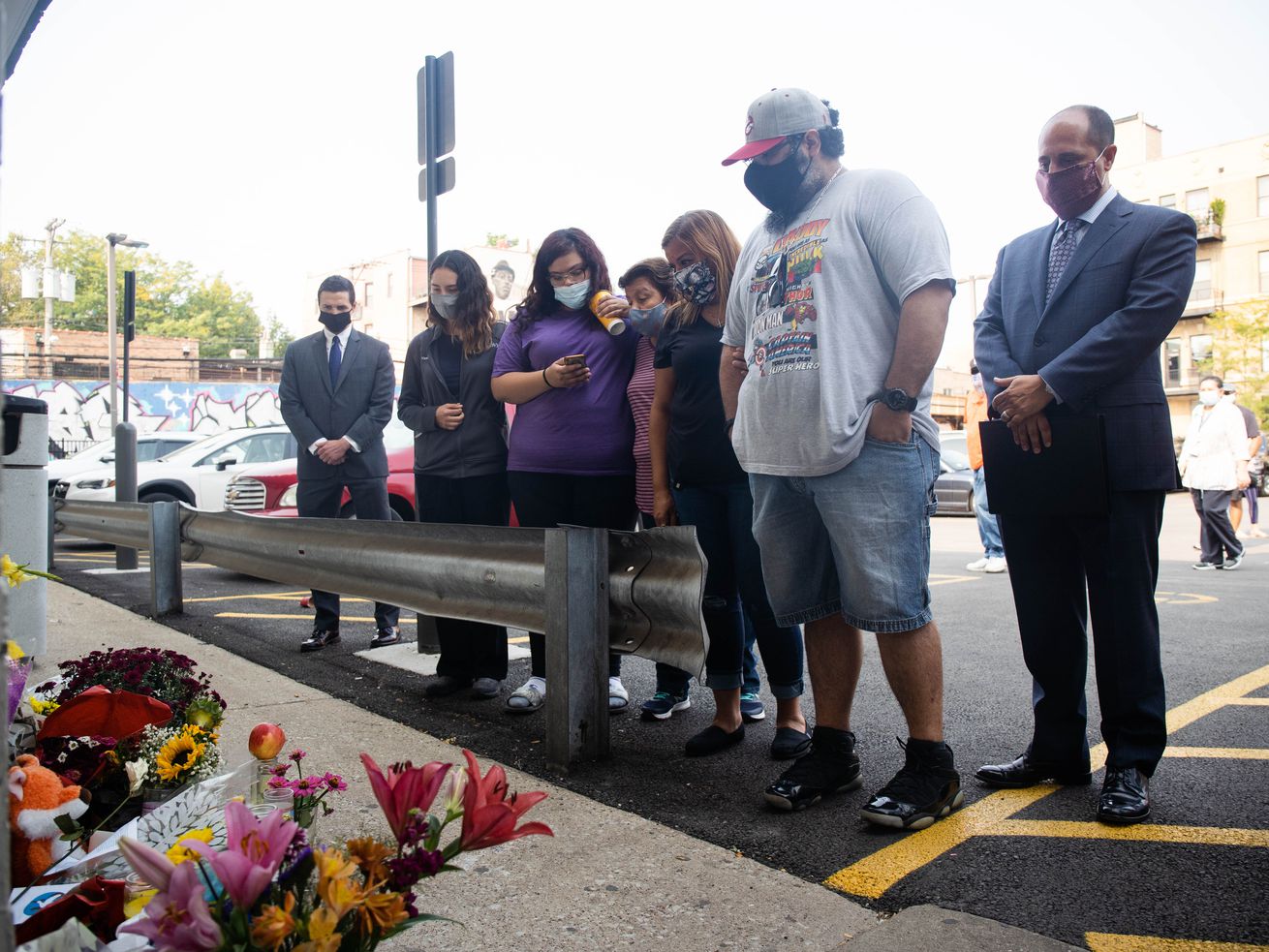 “There are several items that need to be investigated, and the family deserves answers to their questions,” said Frank Sommario, an attorney for the family of Olga Maria Calderon.

The family of a murdered Walgreens employee called on the drugstore chain to explain why it hired and then removed a security guard from the store earlier this year.

“There are several items that need to be investigated, and the family deserves answers to their questions,” Frank Sommario, an attorney for the family of Olga Maria Calderon, told reporters Wednesday at a news conference outside the store.

Calderon, 32, was working at the Walgreens store in the 1300 block of North Milwaukee on Sept. 6 when she was fatally stabbed, according to Chicago police.

Police and prosecutors have said Williams went to the Walgreens to rob the store, and he fatally stabbed Calderon when she tried to get away. Williams is suspected of robbing the same Walgreens, as well as another store less than two miles away, in recent weeks, according to police.

Williams — who, according to his attorney, suffers from schizophrenia — was ordered held without bail. The Chicago Tribune reported Williams was arrested in late May for allegedly burglarizing a west suburban gun shop but was released from electronic monitoring just days before he allegedly killed Calderon.

Sommario said the store where Calderon worked was robbed in February, which prompted the hiring of a security guard. That security guard was removed the next month, he said.

Sommario said a worker’s compensation claim has been filed on behalf of Calderon’s 11-year-old daughter and 3-year-old son.

“Because Olga’s death arose out of and [occurred] in the course of her employment with Walgreens, her two minor children are entitled to death benefits pursuant to the Illinois Worker’s Compensation Act,” Sommario said. “It is my understanding that Walgreens is not disputing this.”

A representative for Walgreens did not respond to inquiries Wednesday morning.

Calderon’s fiancé, Israel Alvarado III, said the stabbing “has shattered our families, left my children without a mother and left me without the most important person in my life.”

Alvarado remembered Calderon as “a good person, a loving mother, a daughter, sister, [and] friend.”

In reversal, intelligence panels to get election briefings