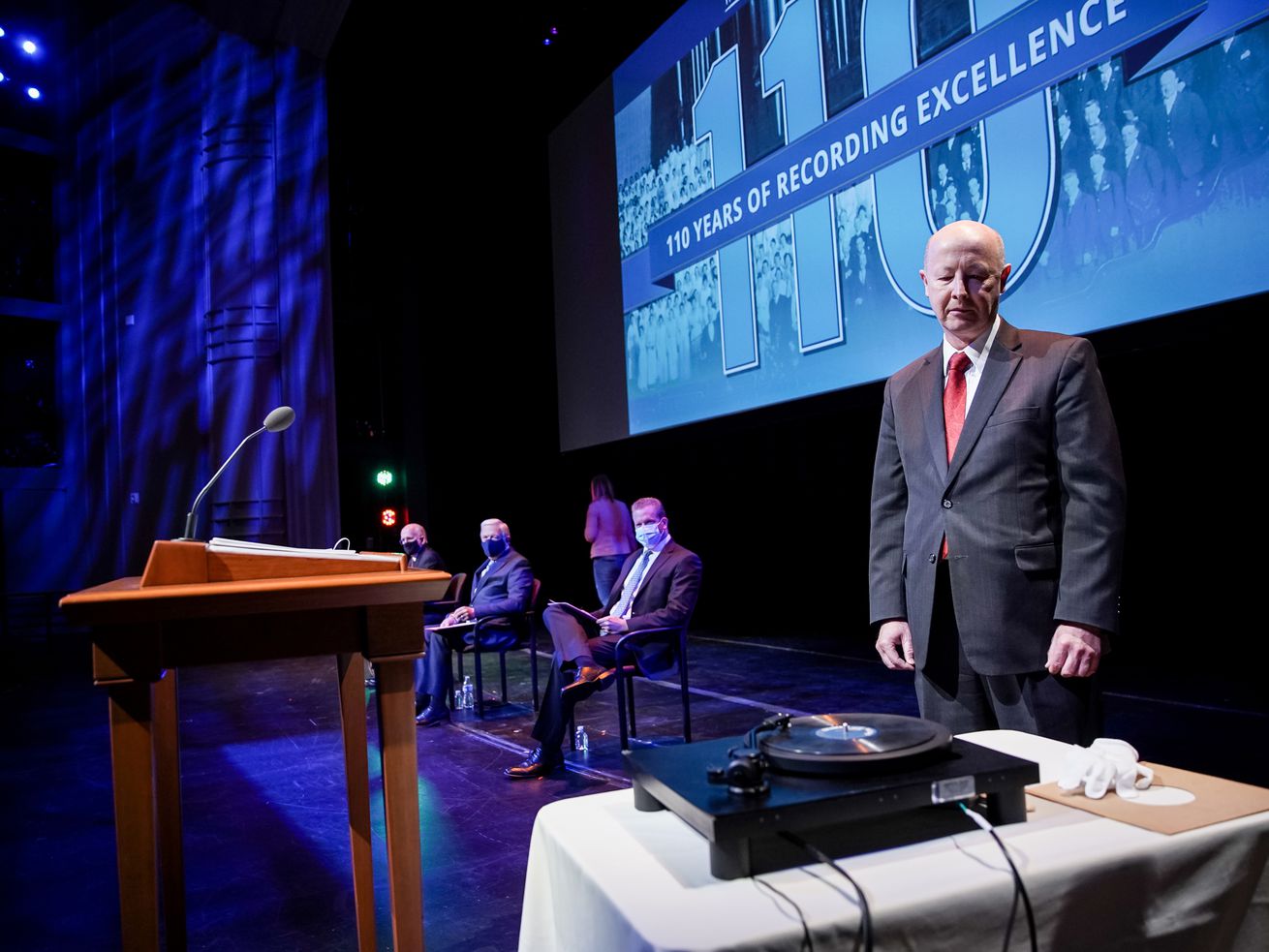 The ‘Star Wars’ music video is the latest project in the choir’s extensive recording and broadcasting history, which celebrates 110 years this month.

On Thursday, the choir released a music video for “Duel of the Fates” — the grand song that accompanies the final lightsaber battle in “Star Wars Episode 1: The Phantom Menace.” The performance was filmed pre-pandemic, according to the choir’s president, Ron Jarrett.

The choir first released its recording of the John Williams classic in May. Scott Barrick, the choir’s general manager, previously told the Deseret News that through the “Star Wars” recording — which is part of the choir’s recent EP “When You Believe” — the ensemble was reaching a broader audience than ever. Listenership spanned from Utah to Taipei to London to New York City to Madrid and Sydney.

Now, people can watch the choir bring the song to life. The dramatic video, complete with stage smoke, offers a “wonderful contrast” to the music the choir typically performs, Jarrett said at a news conference Thursday morning.

“We love this video because it was fun,” Jarrett said. “It was fun to record, it was an enjoyable experience and different music than we’ve often done, and yet it still has an essential core, a belief, a faith.”

The “Star Wars” composer has long been a friend to the choir, according to music director Mack Wilberg. The choir has performed a number of Williams’ songs over the years, and during the 2002 Winter Olympics, Williams even wrote and conducted a piece for the choir called “Call of the Champions.”

But even still, recording “Duel of the Fates” was a different kind of project.

“It definitely took us a little bit out of our box,” Wilberg said at Thursday’s media event. “This was I guess a little bit of a bonus for us to be able to do this piece which we normally wouldn’t do on Sunday morning, for instance. But as you can tell, everyone was having a great time doing it.”

The “Star Wars” music video is the latest project in the choir’s extensive recording and broadcasting history, which celebrates 110 years this month. The choir was one of the earliest choral ensembles to record its music, with its first recording occurring in the Tabernacle on Sept. 1, 1910.

Technology prior to 1910 primarily allowed for solo artists and smaller groups to be recorded. But the three leading record companies in America at the time were involved in a technology race to go …read more

Man accused of stabbing aunt to death in South Shore