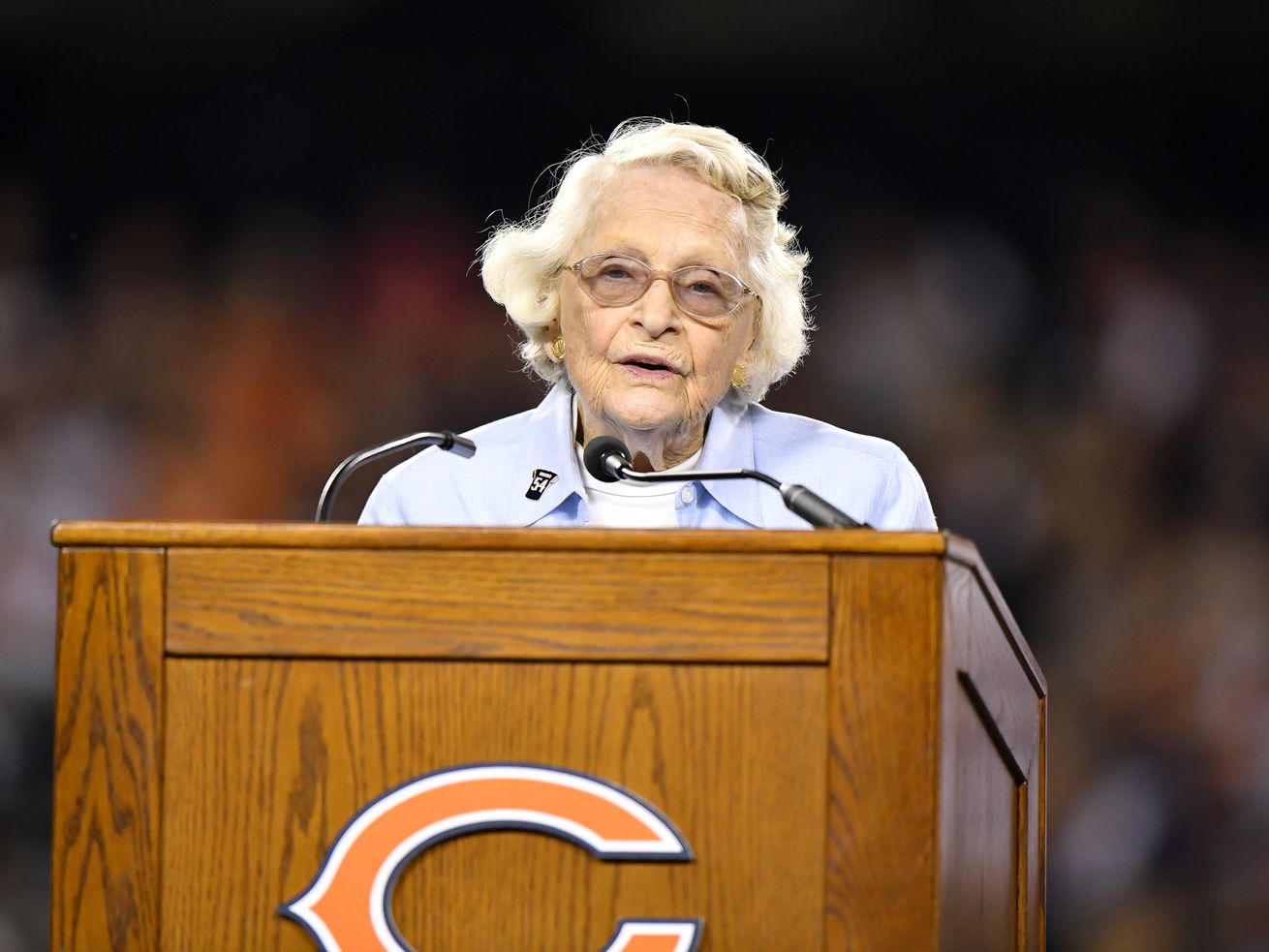 Virginia McCaskey speaks at Brian Urlacher’s induction into the Ring of Excellence in 2018. | Quinn Harris/Getty Images

She will travel to attend Sunday’s season opener in Detroit, her son, Bears chairman George McCaskey said Thursday. He spoke to the Lions’ security department on Wednesday to ensure that she would be able to keep a safe distance from others while inside Ford Field. She will skip her annual conversation with 94-year-old Martha Firestone Ford, the former Lions chair.

Her son said that she has resumed a regular routine: morning mass every day — socially distanced — and workouts three times a week.

George McCaskey has been careful to stay safe during the pandemic. When he walked into Halas Hall on Thursday, it marked only the second time he’d done so since mid-March. In fact, he said he’s never met new quarterback Nick Foles, whom the Bears agreed to trade for in March, in person.

(Visited 1 times, 1 visits today)
SHARES
ShareTweet
Temporary insanity: For a moment there, I bought into the Bears and Mitch Trubisky

Man crashes after being fatally shot in Lawndale: Police