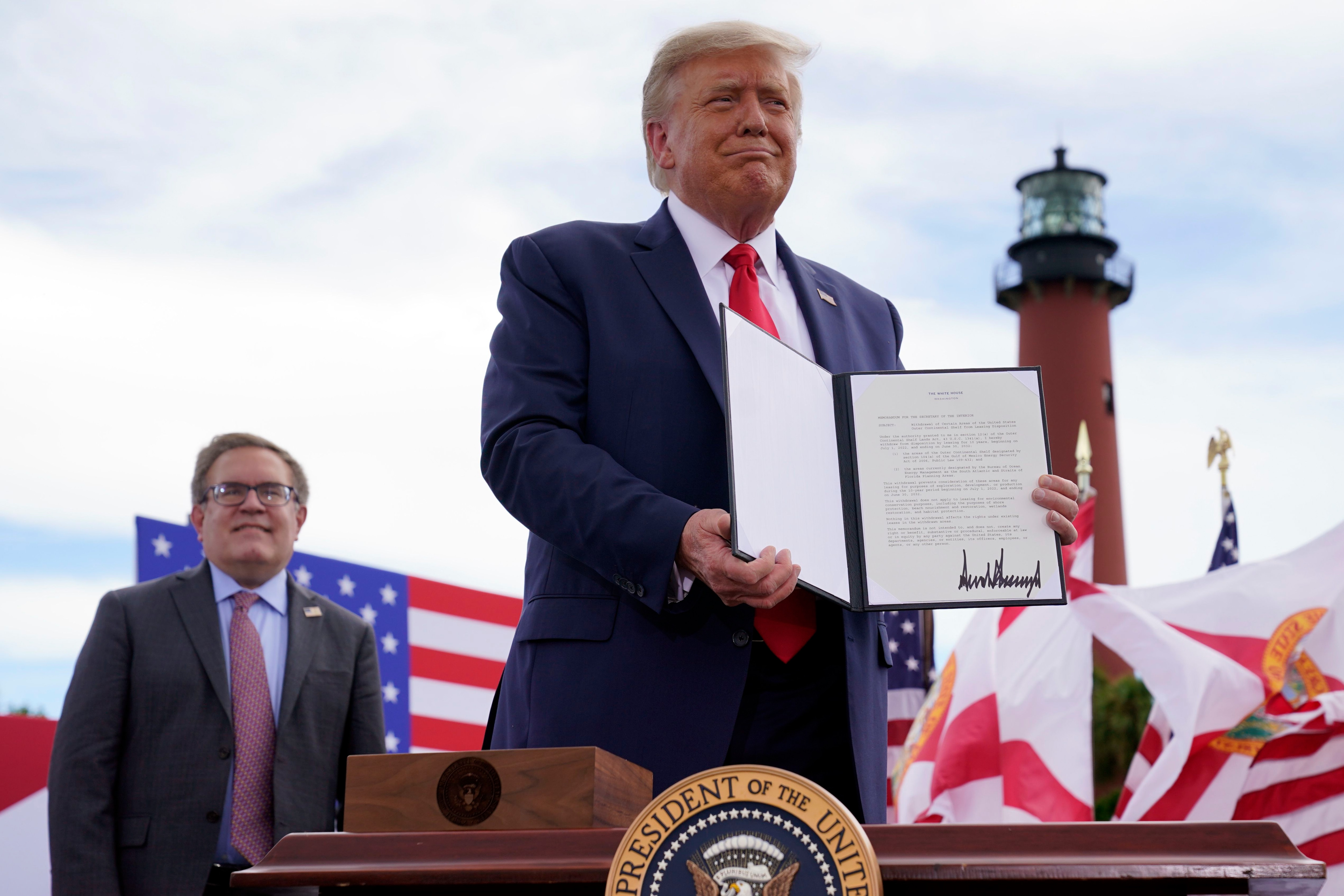 With one stroke, President Donald Trump’s abrupt reversal on offshore drilling this week has loosened a political vise that was tightening around three Republicans senators running for reelection in coastal states where drilling is widely opposed.

Trump on Tuesday signed a memorandum instructing his interior secretary to prohibit drilling in the waters off both Florida coasts, and off the coasts of Georgia and South Carolina, for a period of 10 years.

For Trump, it was a dramatic about-face on a major policy decision, but one that could yield election-year dividends in key coastal states like Florida. It also provided relief to Sens. Lindsey Graham of South Carolina and Kelly Loeffler and David Perdue of Georgia, all Democratic targets. For months, the trio had been caught between the president’s bullishness on drilling expansion and the substantial, bipartisan opposition to the idea in their home states.

Few in the Senate have been as closely tied to Trump as Graham, who flew to Florida with the president for Tuesday’s announcement. He applauded Trump’s decision as “great news” for South Carolina.

Graham’s evolving position on drilling has been a focal point for opponents, eager to portray the three-term senator, a frequent golfing partner of the president’s, as malleable to his influence. After the Trump administration’s 2017 announcement of a five-year plan to open 90% of the nation’s offshore reserves to private development, Graham said “there are ways to drill offshore that would not hurt tourism” — a $24 billion South Carolina industry — adding since then that he felt states should be able to opt out or in before drilling occurred.

A PAC supporting Graham’s Democratic opponent, Jaime Harrison, has seized on drilling to try to erode support for Graham in the conservative-leaning state. The day before Trump’s announcement, as thousands of visitors flocked to South Carolina’s beaches for Labor Day, the Lindsey Must Go PAC flew a banner plane with the message “L. Graham Wants to Drill 4 Oil Here.” It also launched a digital ad highlighting Graham’s purported support of drilling expansion and ties to the oil industry.

It’s a line of attack that has proven successful before, albeit on a smaller scale. In 2018, Democrat Joe Cunningham became the first Democrat to flip a South Carolina seat from red to blue in decades, in part by seizing on Republican Katie Arrington’s support for Trump’s drilling proposal.

The political dynamic is similar in Georgia, where — due to the retirement of longtime Sen. Johnny Isakson at the end of 2019 — both of the state’s Republican senators are on the ballot.

Prominent Republicans like Georgia Gov. Brian Kemp, another Trump ally, and his Republican predecessor, Nathan Deal, have opposed drilling off the state’s 100-mile (160 km) coast. State lawmakers have passed an anti-drilling resolution, as have several cities and counties in the state. Last year, U.S. Rep. Buddy Carter, a Savannah-area Republican who had spent years touting the potential benefits of drilling, wrote a letter asking Trump to exclude Georgia from any offshore drilling plans.