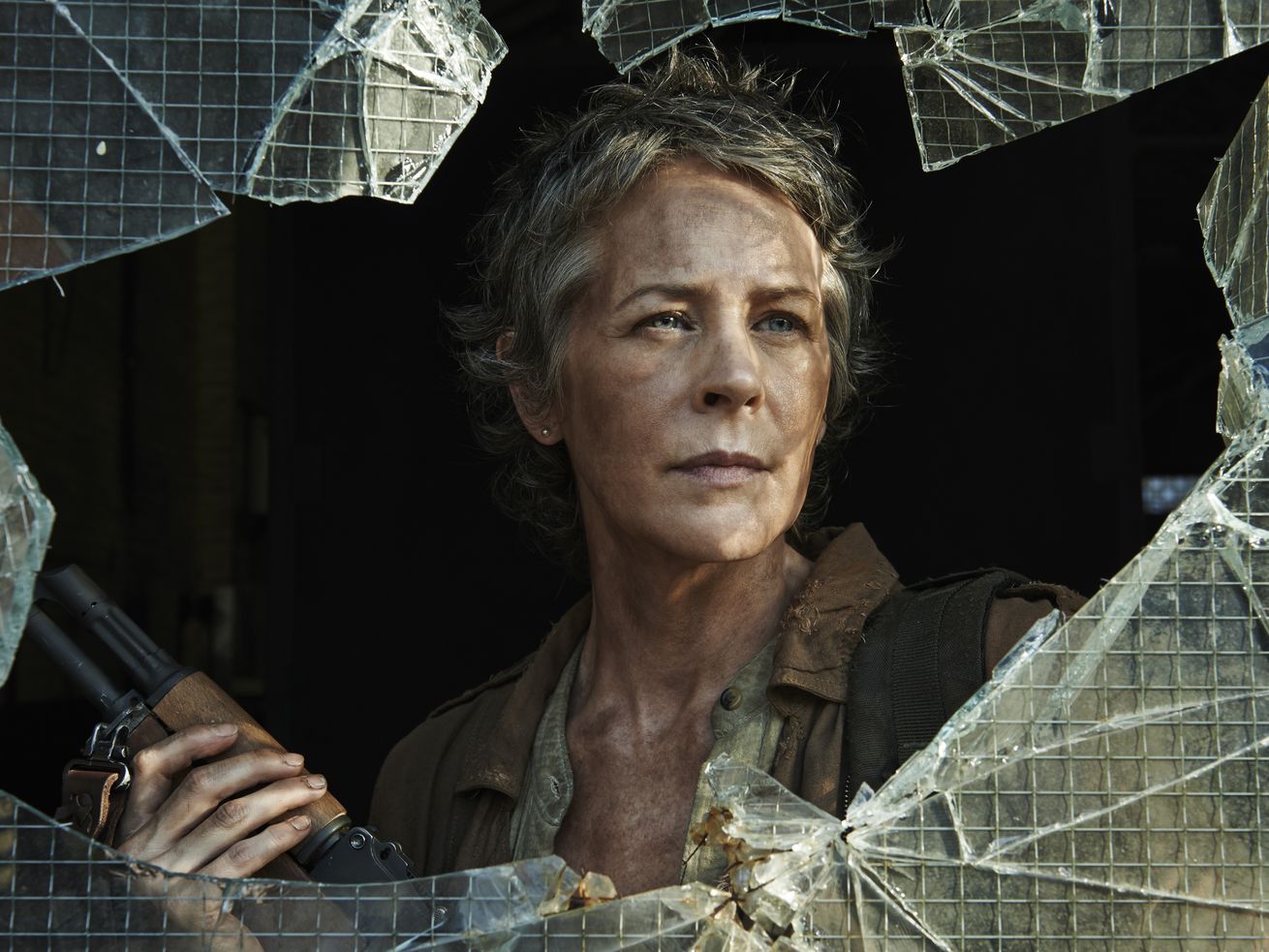 Two of the most popular ”Dead” characters, Daryl Dixon (Norman Reedus) and Carol Peletier (Melissa McBride, pictured), will star in a spinoff series due in 2023. | AMC

AMC Wednesday announced the long-running post-apocalyptic zombie drama will end with a supersized 24-episode Season 11 that will air in 2021 and 2022.

“The Walking Dead” is coming to an end, but fans can take comfort that it will be a long goodbye.

AMC Wednesday announced the long-running post-apocalyptic zombie drama will end with a supersized 24-episode Season 11 that will air in 2021 and 2022. That follows the pandemic-delayed Season 10 finale, due Oct. 4, and six bonus episodes scheduled for early 2021.

Two of the most popular characters “Dead” characters, Daryl Dixon (Norman Reedus) and Carol Peletier (Melissa McBride), aren’t going anywhere, either. The pair, who go back all the way to Season 1, will star in a spinoff series due in 2023.

Reedus offered the highest praise of the Daryl-Carol pairing, even placing it above his character’s close relationship with Rick Grimes (Andrew Lincoln).

“Daryl’s relationship with Carol has always been my favorite relationship on the show. Sorry, Rick,” he said in a statement. “I love the way these characters interact and relate to each other on so many levels and can’t wait to see where their ride goes from here.”

McBride wants to learn more about the relationship.

“I’ve also long been intrigued with ‘Daryl and Carol,’ and by what so early on between them, even then, felt somehow bound,” she said in a statement. “There is also a rather mysterious aspect to their fondness for one another that I enjoy, and their playfulness when the world permits.”

AMC also announced it is working with Scott M. Gimple, who oversees the “Dead” franchise, on development of an anthology series, “Tales of the Walking Dead,” that will focus on individual episodes or story arcs featuring new or existing characters. As an example, the show could follow Glenn Rhee (Steven Yeun) in the days before he joined forces with Rick Grimes, an area of interest for fans and the show’s writers.

“We have a lot of thrilling story left to tell on ‘TWD,’ and then, this end will be a beginning of more ‘Walking Dead’ – brand new stories and characters, familiar faces and places, new voices and new mythologies,” Gimple said in a statement. “This will be a grand finale that will lead to new premieres.”

The scheduling of six new “Dead” episodes in early 2021 is based upon the expectation that production of the long-running show, which is filmed in Georgia, will resume soon.

The original series, based on Robert Kirkman’s comic book and set in a world where flesh-eating zombies have upended civilization, took TV by storm when it premiered in 2010. It became the top-rated entertainment show among young adults in all of television and still is a strong performer, though ratings have declined sharply, as they have for many shows.

AMC has extended final seasons for past hits, adding more episodes and splitting them over …read more

Will Mitch Trubisky turn a corner, or hit the wall?