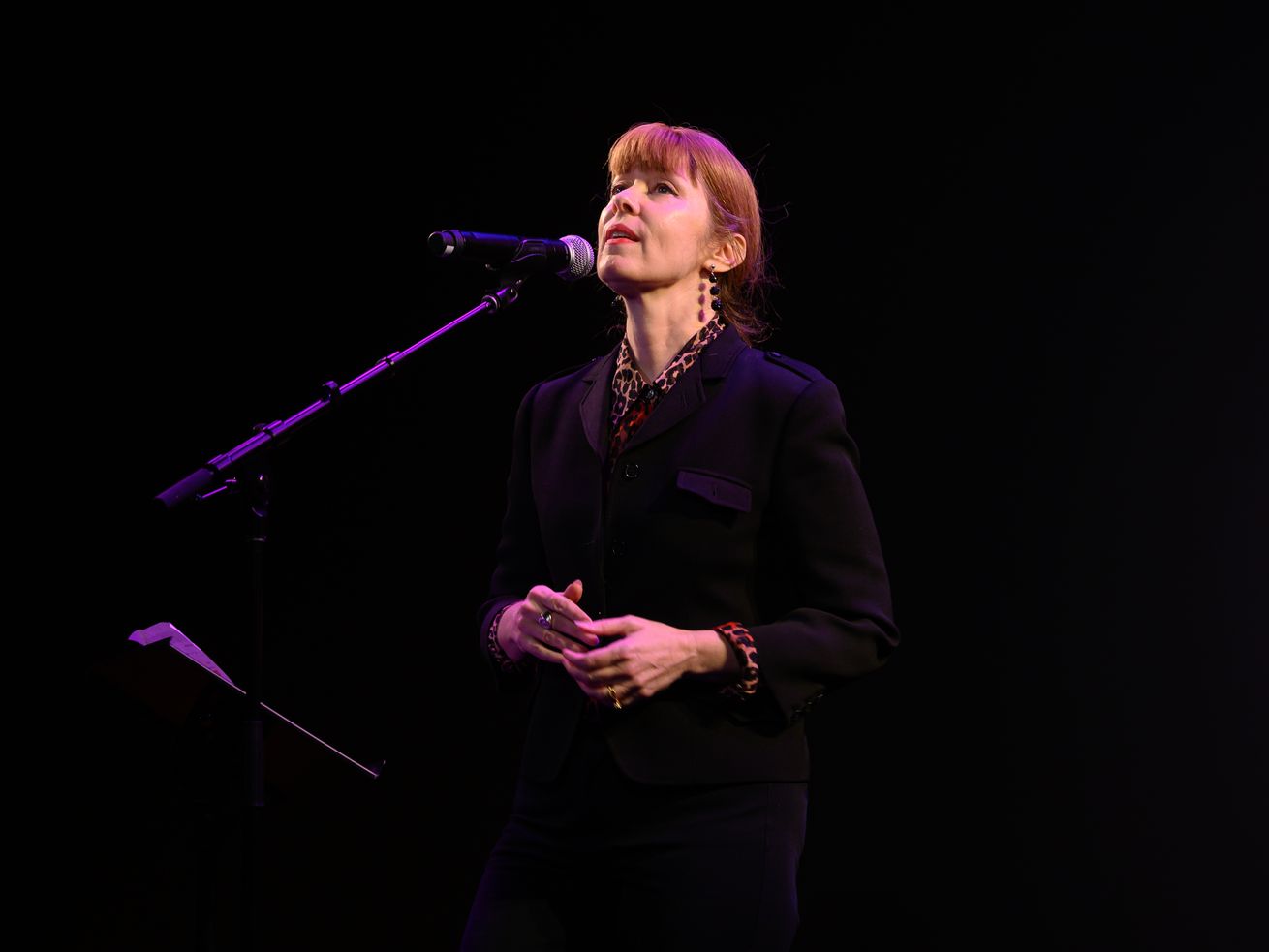 Her new live album, “An Evening of New York Songs and Stories,” was recorded last year at Manhattan’s Café Carlyle with a small combo.

Suzanne Vega has had a symbiotic relationship with New York City since moving there as a toddler and the metropolis is a recurring presence in her tunes.

Her new live album, “An Evening of New York Songs and Stories,” was recorded last year at Manhattan’s Café Carlyle with a small combo, and its 16 tunes, plus some between-songs chatter, form an intimate appreciation of the city and some of its many roles and identities.

Backed by guitarist Gerry Leonard, bassist Jeff Allen and Jamie Edwards on keyboards, the arrangements are usually stripped-down versions of the originals and take advantage of Vega’s at-ease stage manner, the results of decades of touring.

Including hits like “Luka” and “Tom’s Diner,” the album also shines a light on lesser-known songs that fit the NYC theme in some way.

AP
This cover image released by Amanuensis/Cooking Vinyl shows “An Evening of New York Songs and Stories” by Suzanne Vega.

Some are obvious, like “New York Is A Woman,” who’ll “make you cry/And to her you are just another guy,” or “New York Is My Destination,” taken from her tribute to author Carson McCullers.

Others are illuminated by her comments, like the yearning “Gypsy,” inspired by her stint as the “folk-singing and disco dance counselor” at a camp in the Adirondacks, “two great skills every girl needs.”

Coronavirus: Utah responds to the pandemic

Vega leans heavily on “Beauty & Crime,” with five songs coming from that remarkable 2007 album, which isn’t surprising as it’s her most directly New York-centric release, as well as her groundbreaking, self-titled 1985 debut (four songs) and its smash follow-up, “Solitude Standing” (three).

There’s also a cover of Lou Reed’s “Walk on the Wild Side,” which gets a very personal introduction as Vega recounts the first time she saw him perform, at Columbia University, and how it affected her own budding career.

You can abandon the album with a smile after “Tom’s Diner,” but it’s worth staying for the encores. After “Anniversary” (about the city after 9/11) and “Tombstone,” Vega makes a comment about “not wanting to leave you too sad” and proceeds to close with the slinky “Thin Man,” some “exit music” about the Grim Reaper. Music and comedy all one.

It’s also a joy to hear Vega as a tour guide, with her rigor about NYC locations, noting, for example, that “Tom’s Diner” is not set in Brooklyn, as many believe, but on 112th and Broadway.

With its outstanding performances, “An Evening of New York Songs and Stories” also serves as an excellent Vega primer, an artist who still merits being on your radar no matter what your hometown may be.

‘Saggy pants’ ban could soon be dropped in Opa-Locka

US eyes building on Arab-Israel deals to end Gulf crisis