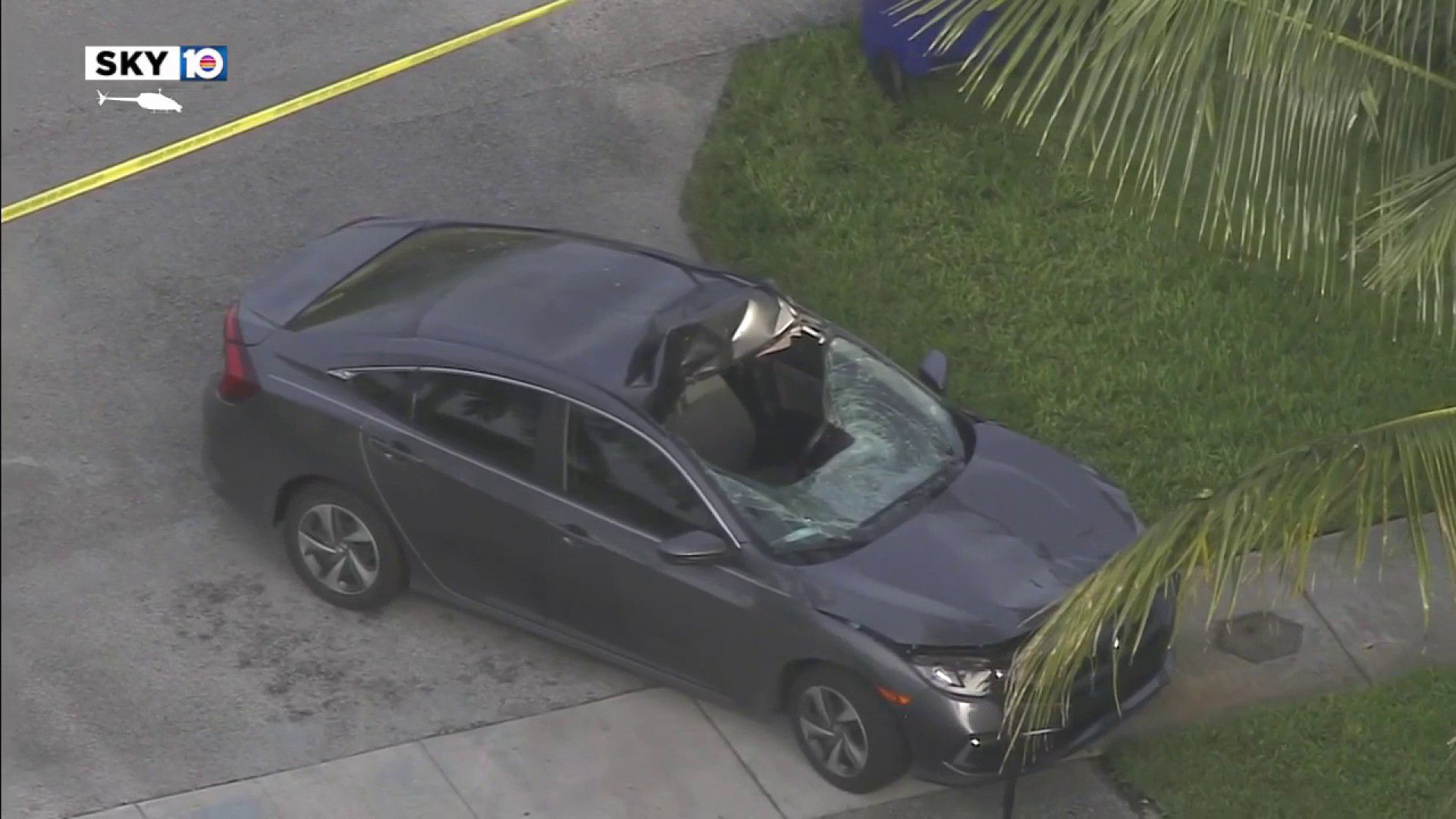 Broward Sheriff’s Office traffic homicide detectives are asking for the public’s help in identifying a driver who was involved in a fatal hit-and-run crash last week in Central Broward.

A pedestrian was pronounced dead at the scene following the 4:45 a.m. collision last Friday.

According to authorities, the driver of a Honda Civic was speeding north on South State Road 7 near Davie Boulevard when he or she crashed into the victim.

Deputies said the impact caused the pedestrian to go airborne and land near Southwest 12th Place.

Authorities said the driver fled the scene, ultimately abandoning the vehicle in front of a random home in the 600 block of Long Island Avenue in Fort Lauderdale.

Sky 10 was above the area as authorities blocked off the car with crime scene tape. The car had front-end damage and a busted windshield. It was eventually towed away.

Anyone with information about the crash is asked to call BSO Traffic Homicide Detective Michael Wiley at 954-321-4840. Anonymous tips can be made by calling Broward Crime Stoppers at 954-493-8477.