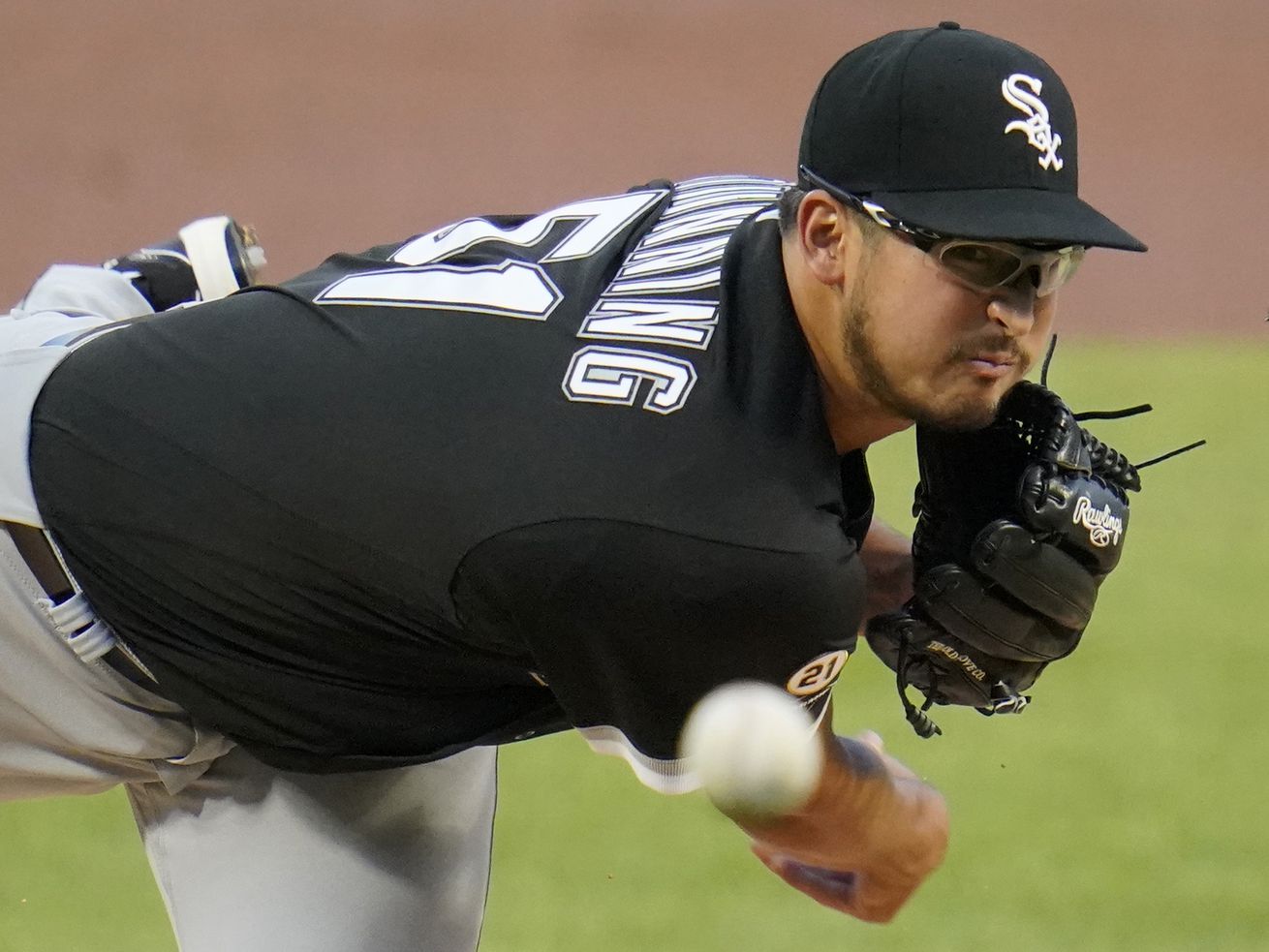 Rookie right-hander Dane Dunning pitched six-plus innings of scoreless ball, catcher James McCann belted two homers for the first time in his career, and the White Sox rebounded from one of their worst losses of the season with an 8-1 victory over the host Pirates Wednesday night.

Coupled with a Royals’ win over the Indians, the Sox (27-16) broke free from a first-place tie with their 17th win in 22 games and will enjoy their off day Thursday in first in the AL Central.

Making his fourth start, Dunning lowered his ERA to 2.70 by allowing three hits and one walk while striking out three and getting 10 ground balls. He threw 78 pitches, 51 for strikes.

“Big game for us,” manager Rick Renteria said. “We needed a bounce back after yesterday. Dane set the tone, commanded the zone and kept them at bay. He was extremely efficient.”

McCann also lifted a sacrifice fly between his pair of jacks in his first three plate appearances, driving in four runs against Pirates right-hander JT Brubaker.

With an infield single, Jose Abreu extended his hitting streak to a career high 22 games, the longest current streak in the majors and the eighth-longest in Sox history. The streak is six shy of the club record 28 set by Carlos Lee in 2004.

Third baseman Yoan Moncada doubled, singled, scored a run and drove in run and made a brilliant bare-hand, charging play in the field.

Rookie second baseman Nick Madrigal drove in two runs with a two-strike, two-out single expanding the lead to 5-0 in the fourth, a night after he doubled twice but ran into outs after each one in a 5-4 loss to the Pirates, one of the Sox’ worst of the season. Madrigal (1-for-4) is batting .381.

Starting Friday, the Sox play 17 games in 17 days looking to nail down their first playoff appearance since 2008. For many on the roster, including Abreu and shortstop Tim Anderson, this is first time they will likely finish above .500.

“I want to win,” Anderson said before the game. “You see the season has been going great. Obviously we haven’t had a season like this since I got here. We need those 17 games. You best believe I will be ready for those 17 games. The biggest key is be ready to play. We need every guy from top to bottom to be able to play and come out with a whole lot of energy and hopefully we can click at all angles going into this stretch.”

Horrors of slavery at center of Janelle Monae’s ‘Antebellum’

US says all UN sanctions on Iran restored, but world yawns