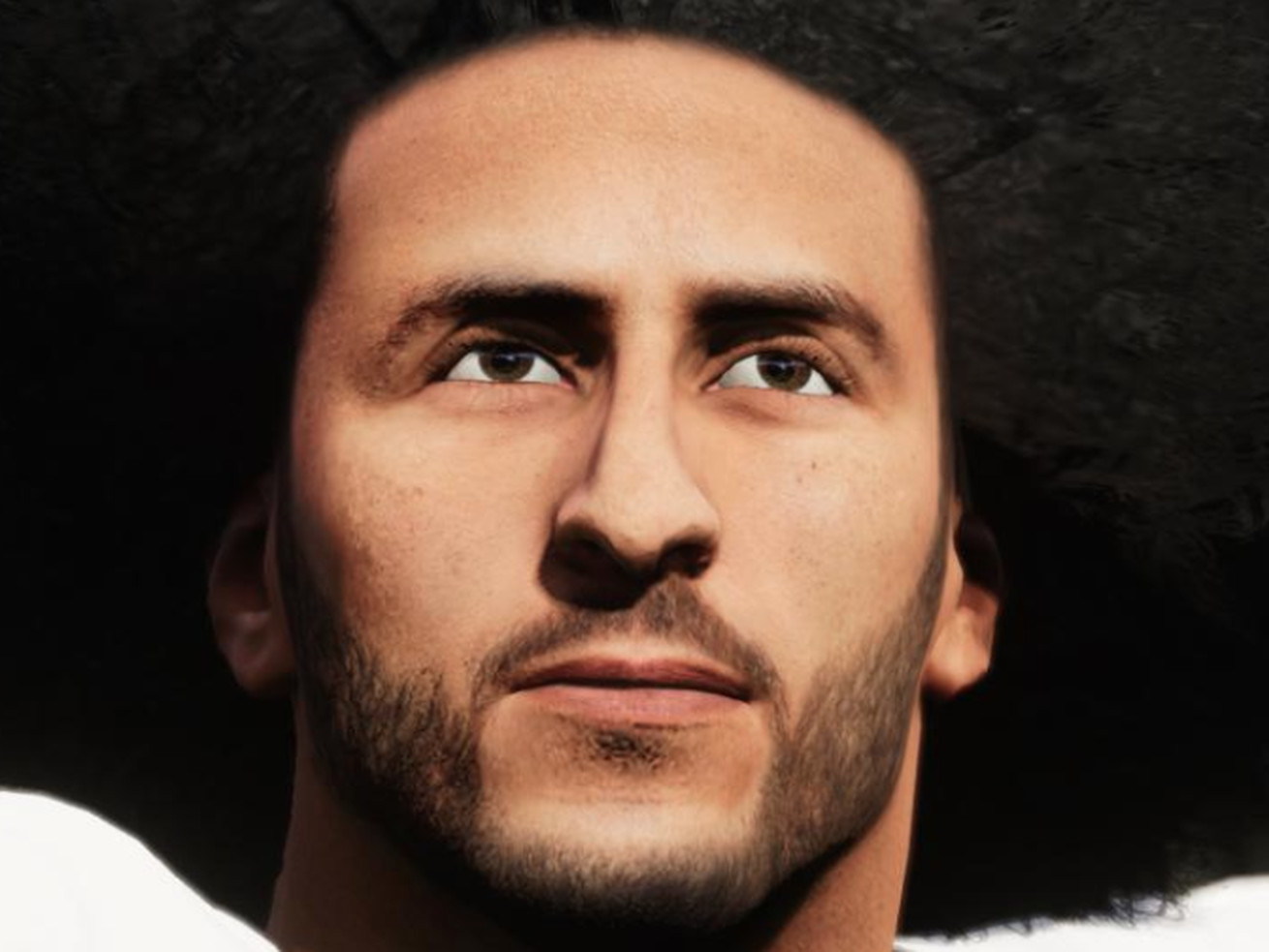 Colin Kaepernick will return in this year’s edition of the Madden NFL video game. | EA Sports

Kaepernick will be listed as the game’s top-rated free-agent quarterback, in case any frustrated Bears fans want to add him.

Colin Kaepernick is back — not in the NFL, but in the sport’s prominent video game.

EA Sports announced Tuesday that Kaepernick will be included in this year’s edition of Madden NFL for the first time since 2016, the last year he played in the NFL. Kaepernick will be listed as the game’s top-rated free-agent quarterback, with an overall rating of 81 out of 100.

“Colin Kaepernick is one of the top free agents in football and a starting-caliber quarterback,” EA Sports said in a statement Monday. “The team at EA SPORTS, along with millions of Madden NFL fans, want to see him back in our game.”

The company said it worked with Kaepernick to bring his character back to the video game, including the selection of his “signature celebration.” After a big play or touchdown, Kaepernick will raise his fist in the air as a symbol of Black Power. A gameplay sample shows Kaepernick as a Bear.

When Colin Kaepernick scores on Madden 21, his signature celebration is a Black Power fist@BRGaming @brgridiron

EA Sports and Kaepernick’s camp had previously worked together in 2018 to fix an issue with the soundtrack in Madden NFL 19, in which Kaepernick’s name was omitted from the lyrics of a song on the game. EA Sports apologized for the error, calling it “an unfortunate mistake.”

Kaepernick, 32, last played in an NFL game during the 2016 season, as a member of the San Francisco 49ers. That was also the year he kneeled during the national anthem, as a means of protesting police brutality and systemic racism. His absence from the league has long been a source of frustration for his supporters, who believe he has been blackballed in connection with the protests.