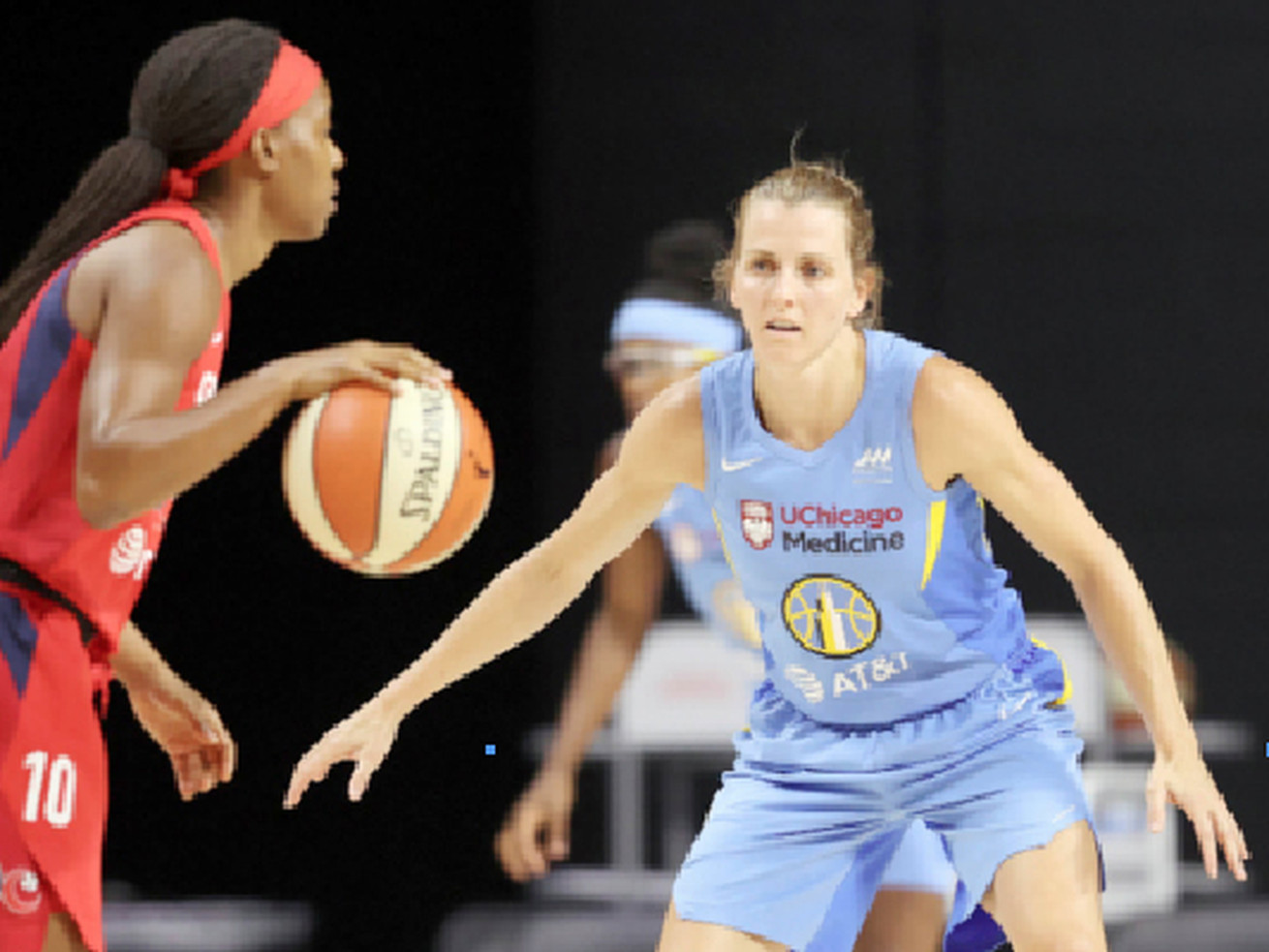 BRADENTON, Fla. — Gabby Williams and Cheyenne Parker each scored 16 points, Courtney Vandersloot had a late steal and the Sky slipped past the reigning WNBA champion Mystics 88-86 on Saturday.

Allie Quigley added 15 points, Kahleah Copper 14 and Diamond DeShields — who has seen limited action as she recovers from a knee

The Mystics then called a timeout to set up a play to force overtime or win the game, but Vandersloot stole a pass from Emma Meesseman to seal the Sky’s victory.

Atkins scored 24 points and Powers 20 for the Mystics, who came into the game as the last unbeaten team in the league but shot only 41.9%. Myisha Hines-Allen added 13 points and 12

rebounds and Leilani Mitchell 12 points for the Mystics.

The Mystics are playing this season without 2019 WNBA most valuable player Elena Delle Donne, who is sitting out because of coronavirus concerns. Delle Donne, who spent the first four seasons of her career (2013-16) with the Sky, has suffered from Lyme disease for more than a decade and was worried that could put her at higher risk for contracting the virus.

The lesser-known side of Utah native, actor Wilford Brimley

The Sky opened the fourth quarter with an 11-2 run to take a nine-point lead, but the Mystics answered with a 12-4 burst shortly thereafter to pull to 79-76 with about three minutes left.

Disney to release ‘Mulan’ on streaming service — for an additional $30