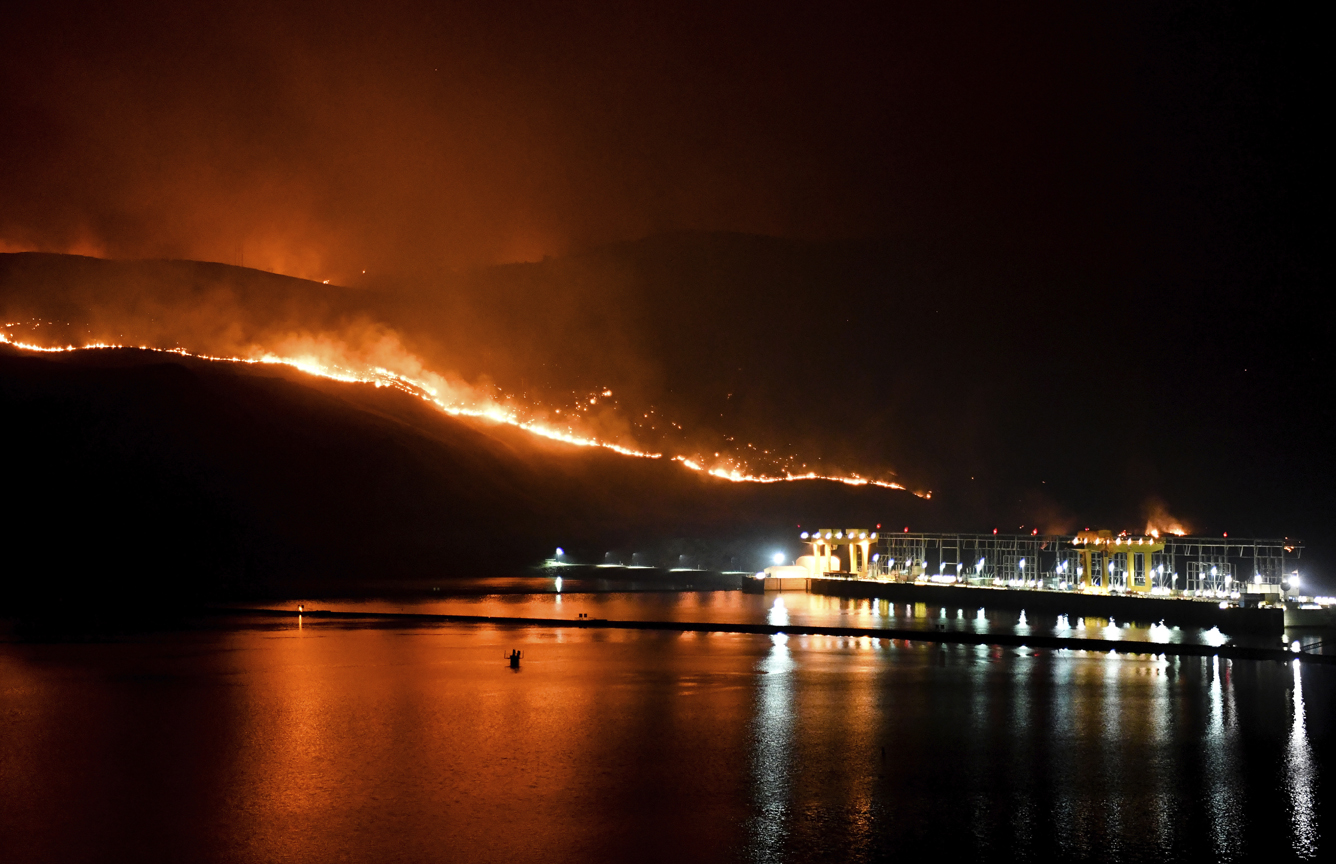 A 1-year-old boy who was killed in a Washington wildfire is being mourned by family in Northern California.

Uriel Hyland and his parents were found badly burned Wednesday on the banks of the Columbia River. The child died, and the adults are hospitalized for third-degree burns.

His mother, Jamie Tucker Hyland, 26, grew up in the Sacramento suburb of Citrus Heights, where her parents and other relatives still live, sister Dawnmarie Baxter told TV station KOVR.

Hyland and her husband of three years, Jacob, were living in Renton, Wash., and Jamie was expecting another child, Baxter said. The family had gone early this week to property they owned in Okanogan County.

Sheriff Tony Hawley told the Associated Press that the family was apparently overrun by flames while trying to flee the Cold Springs Fire. The sheriff’s office received a call about the missing family on Tuesday afternoon, he said. Their pickup truck was found burned and abandoned.

The following day, the three were found along the river by emergency responders from the Colville Reservation. The parents were flown to Harborview Medical Center in Seattle.

The Cold Springs Fire started Sunday, Sept. 6, and has burned 187,689 acres. Its cause is unknown.

US says all UN sanctions on Iran restored, but world yawns