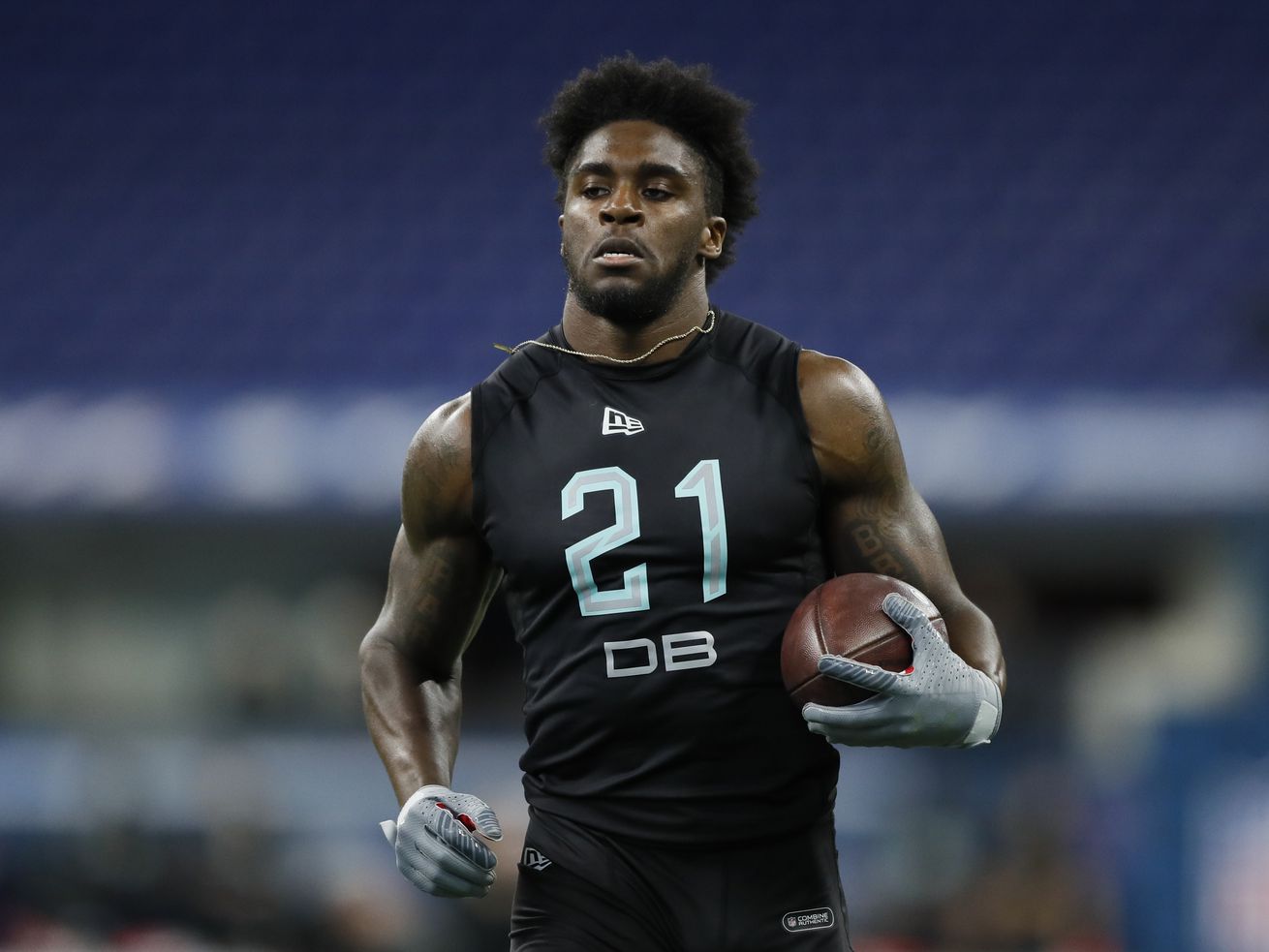 Johnson was the seventh cornerback chosen in the 2020 NFL Draft. | AP Photos

Every quarterback the Bears face will be eager to take advantage of Johnson until he proves himself. That’s no problem, he says.

Bears cornerback Jaylon Johnson is in for an eventful debut against the Lions.

Not only does quarterback Matt Stafford have a reputation for letting it fly and taking big risks down the field, he’ll be even more inclined to do so with a rookie in coverage.

Johnson is planning on it.

“I would expect every quarterback to go after the rookie,” he said. “That’s what I would do if I was a quarterback. For me, it’s just about preparing myself to be able to make plays in those positions, and if I give up plays, just keep a strong mindset to just keep pushing.”

With two-time Pro Bowler Kyle Fuller as their top corner and 10-year veteran Buster Skrine at nickel, the Bears just need Johnson to be solid, not a star.

He certainly has the potential to do that and eventually be Fuller’s successor. Johnson had seven interceptions and 21 pass breakups in three seasons at Utah, and was the No. 50 pick in the draft (seventh among corners). And he already has NFL-level confidence.

Stafford is coming off a season derailed by injury and will be playing for the first time since Nov. 3. At the time, he had 19 touchdown passes, five interceptions and a career-high 106 passer rating.

Imaginative ‘Utopia,’ shot in Chicago, creates a world even crazier than our own